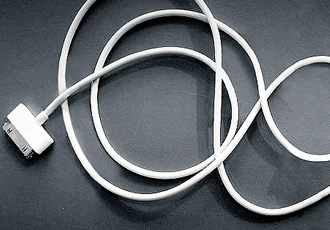 Smartphone batteries can lose juice at rates that make the owner grit their teeth. It sometimes seems that you could just as well have a landline – the phone is plugged in a lot of the time anyway.

How can you then improve the battery life of your mobile phone?

One way is to install Carat, a free mobile app, which measures how much power different applications use. Carat gives the user personalised recommendations, helping to make batteries last up to dozens of per cent longer.

The program was developed as a joint project by researchers from California's UC Berkeley and the University of Helsinki. At the request of Helsingin Sanomat, the research team based in Helsinki compiled a list of some well-known applications and their energy consumption.

Carat works by collecting information from a huge community of mobile phones it has been installed on. The program takes measurements about the mobile phone, including the percentage of battery remaining and applications being used. From the data, Carat calculates the applications that unnecessarily gorge on the phone's battery.

Carat is not able to change the functioning of an application, but it can tell the user which applications are the real energy hogs.

The applications that use up most of the battery power can be broadly divided into three groups. Not every application belonging to one of these categories is necessarily a big energy user, but they all contain some features that increase the risk.

The first group comprises the widgets operating on Android phones. They are small homescreen applications that are updated constantly and provide services such as weather updates, calendar notations and – perhaps ironically – information on the battery remaining.

This group also includes the background animations on Android phones, which look great but steadily drain the phone's battery.

The second group of energy hogs includes programs that use GPS tracking, for example map and navigation services, but also various events and restaurant guides that allow the user to search for services nearby.

GPS tracking gorges on the phone's battery particularly when it is constantly running in the background, which is the case for applications that keep tabs on the user's physical activity.

The risk is that if the settings on a GPS application have not been optimised, the program is active even when it is not necessary. It is a little like opening all the windows while cleaning the house and then leaving them wide open for the rest of the day.

The third group comprises Internet radios and phones and video streaming services, which constantly upload information from the web. Messaging services, such as WhatsApp and Kik also belong to this group of energy hogs.

Media and messaging services drain the phone's battery because needing to update information regularly they are constantly connected to the network, using up as much power as making a call does.

Another category of mobile applications that use plenty of battery power are games. Much more complicated than the early versions of Tetris, mobile games use 3D graphics and contain complex functions that test the limits of the phone's capacity. What is more, they are usually played for prolonged periods of time, draining the battery even faster.

Checking your inbox for emails only takes a few seconds but a 15-minute session playing a game takes the battery down a notch or two straightaway.

The researchers explain that sometimes applications sap the phone's energy as a result of a design mistake. The program may leave the screen on for too long or download information from the Internet unnecessarily.

Carat spotting such bugs can benefit everyone, as users who have noticed that an application they use often tops the list of programs draining the battery power they have informed the developer which may have led to the bug getting fixed.

Occasionally the research team has looked into the reasons behind a particular program's high energy consumption but, having to be done manually, this detective work is a laborious process.

This might, however, change in the near future as Eemil Lagerspetz, one of the developers of Carat, says that a start-up is currently working on a version that will make it easier to identify energy bugs.

Perhaps in the future, an energy hog can figure out the problem under its own steam.