Thinking of moving? Find out how self-storage can make your life easier.

Rasmus Nalle is the title of a popular Danish children’s book, and one of its characters happens to be a pelican that keeps putting one item after another into his beak. This childhood memory must have switched a light on in somebody’s head when in 2009 a name was needed for a new business initiative based on renting storage spaces for private use. Thus, the Pelican Self Storage brand was born to prove that some animals from warmer climates can actually do very well in the snow.

“Whether you are moving abroad, changing apartments in the same city, or just going through a plumbing renovation in your building, at some point you might need to find a place to store your stuff,” explains Niklas Sontag, Operations Manager at Pelican Self Storage. “In Finland, traditionally, when people have seen themselves in these situations they have turned to their mother-in-law’s attic or to their friend’s garage [very creative ideas have popped up with regard to the issue]. So, the first challenge we had to overcome as a company was getting people to understand that there is a more appropriate solution for storage.”

The concept was already widely present in the US with some 50,000 sites available. Meanwhile, the UK market is the most significant in this sector across the pond: the same size as the rest of mainland Europe combined. In Finland it started to take shape when an investment fund was raised by Nordic Real Estate Partners (NREP) to set up a self-storage business in the Nordic market. To get the ball rolling, the small company of Minivarasto was bought in Finland, and, in July 2010, the first Finnish Pelican facilities were opened in the Helsinki suburb of Vallila. In December 2012 the operations continued in Sweden, with the acquisition of a local brand called SelStor.

“The business is growing very rapidly,” Sontag observes. “By the end of 2013 we would have been in operation for about three-and-a-half years, and we will be counting a total of 17 different sites.

We have added a lot of capacity into a market that had been formerly underdeveloped. Our customers are mainly divided into two categories: the ones renting units for a limited period of time, such as those who are moving, and then those who think of our sites as an extension of their own home and decide to rent on a permanent basis.” 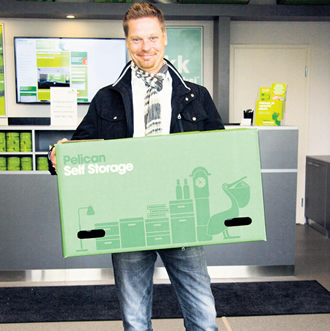 Among the measures taken to guarantee the safety and privacy of customers’ belongings, the Pelican minds have established a system that includes a gated area for self loading to which the person has access via a personalised pin code, 24-hour closed-circuit television (CCTV) and a burglar alarm control panel connected to an ongoing security operator. Furthermore, separated units are locked with individual padlocks manufactured to solely work in the Pelican facilities. Even the “A Team” would have had a rough time trying to break in.

The other side of the coin is how to ensure all the items stored fulfil the company’s security requirements. “The contract signed by the costumer contains a very detailed description of the objects that are not permitted,” Sontag states. “We are talking about liquids, degradable food, highly flammable items, or any other hazardous material for the environment. Besides, in general, Finns always behave according to the rules, so we haven’t faced any major issues regarding this. Then, following the same logic as when you rent an apartment, all the stored items always have to be insured.”

The Pelican Self Storage business is conducted according to three parameters: clean, clear and fresh – with accessibility principles completing the equation. For instance, cars can be driven right up to the loading area, where everything has been set up to easily transport belongings to the storage unit. 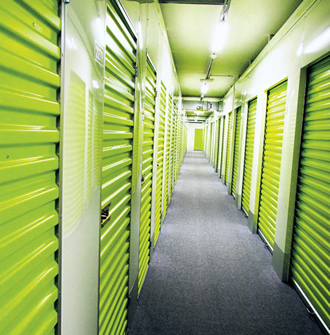 Strange as it may sound, feeling pelican has never been more tempting.