ON THE roof of the row house are six solar panels, which produce a quarter of the home’s yearly electricity consumption.

Most of the electricity is accumulated from the spring and summer sunshine, so at this time Jyri Seppälä’s – who is a director of the Centre for Sustainable Consumption and Production in the Finnish Environment Institute – panels can also spare energy for his neighbours. If something is left over, the electricity company snags it for free.

Seppälä’s home in Järvenpää is still a rarity in Finland. Christer Nyman, Executive Director of the Association for Solar Technology, estimates that there are only some tens of homes taking advantage of solar energy in Finland.

Nyman says the surplus energy has to be spent in the summer, because storing electricity is too expensive.

“From an economic point of view, using solar power is not worthwhile for households at the moment”, he says.

Compensating for summer in the winter

The bottleneck has also been noted in the Ministry of Employment and the Economy. Minister of Economic Affairs, Jyri Häkämies (NCP), wants to change the system so that households producing solar energy are reimbursed for their surplus electricity. His suggestion is a yearly net bill, in which the electric company compensates the extra electricity accumulated during spring and summer in the darkest part of the year, when homes must purchase electricity from the company.

In Häkämies’ proposal, electricity companies would be obligated to take net billing into use. However, the companies have expressed interest in moving into the net billing model voluntarily, so according to Häkämies it remains to be seen whether the obligation will be necessary. He will present his proposal to the government in the autumn. The proposed obligation could come into effect next year.

So far there are no intentions of supporting solar energy with a feed-in tariff, a price guarantee like the one given to wind energy.

“Just the net billing would already give significant benefits,” the minister says. 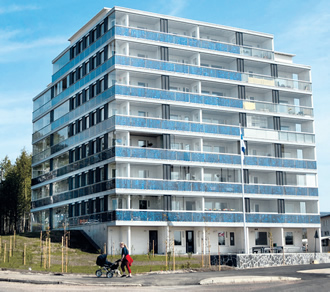