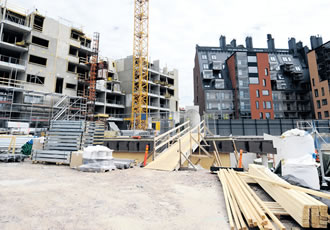 There is intense competition for visitors and advertisements on the Finnish property listing market. The major estate agent chains have transferred their advertisements to the Jokakoti service, which they own with the MTV3 television station. Jokakoti currently has almost twice as many advertisements as its competitors, approximately 35,000.

However, Etuovi.com, owned by Alma Media and Arena Partners, and Oikotie, owned by Sanoma and other media groups, are not going to give up without a fight, even though they have lost a substantial share of their advertisements to Jokakoti. From the start of the year the drop has been as much as 30 per cent. Alma Mediapartners is holding co-determination negotiations with the employees at Etuovi.

Riikka Kouhi, Business Director at Oikotie, says that measured by visitor numbers the service provided by Sanoma is still the overriding favourite. “Would you rather sell balloons in a deserted square, or somewhere where there are lots of people? The majority of estate agents still have faith in Oikotie,” says Kouhi.

Oikotie has over 400,000 individual visitors per week. It is also particularly popular in the areas in which it has a newspaper partner, such as Helsingin Sanomat, Turun Sanomat, Kaleva, Etelä-Suomen Sanomat and the Sanoma Group’s local papers in South-East Finland.