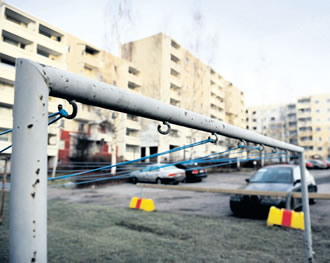 The average person has no other option but to pay market prices for rent or take out a large mortgage.

During past decades, employers of large numbers of people owned entire blocks of houses and rented these company-owned dwellings out to the company’s own employees at a cheap rate. This guaranteed the availability of a workforce.

Renting properties to employees is no longer the done thing, and the houses have been sold. However, the company-owned flat isn’t a relic of the past and still lives on, prospering as a form of housing for company management.

The financial benefit company-owned housing brings is significant. For instance, according to Vuokraturva’s calculations, a 110 m2 four-bedroom house in the upmarket district of Kruununhaka in Helsinki that would normally cost 2,700 euros a month to rent has a value for tax purposes of only 1,240 euros a month. Moreover, the sum paid is treated like a salary when taxed. Therefore, if the person occupying the dwelling pays a 50 per cent rate of tax, like high earners do, the cost of the property for this person will be 620 euros. An average person living in the capital region will only get a 30 m2 studio apartment in Vantaa’s Myyrmäki for the same price.

Meckelborg doesn’t think that deceit is involved in the cheapness of company-owned properties; the state simply wants to support cheap accommodation, he says.