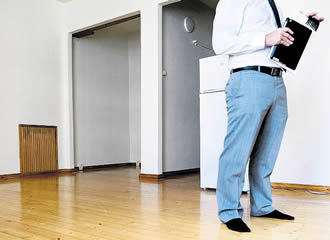 According to Statistics Finland, the prices of houses and flats belonging to a housing company went up by 1.6 per cent during the second quarter of the year compared with last year.

Vast regional differences are seen in the house price trends in the capital region, with prices slightly down in 21 post code areas compared with last year. For this year, price information is only available for the first two quarters of the year.

In the long term, owning a flat in the capital region is profitable as prices have surged by at least a third everywhere in the region since 2005.

Seppo Hämäläinen, the managing director of the Kiinteistömaailama estate agents, says that the housing market has recently undergone some structural changes, which are reflected in the statistics. A growing number of house-hunters are after a home that is ready to move in and does not require any work.

"People are shying away from buying large houses that need more done to them than a lick of paint. There is more demand for small places in a top-notch condition, which pushes the square-metre prices up in some areas."

Hämäläinen speculates that price statistics are slightly misleading because the average price for small flats works out more expensive per square metre than for bigger places, which are not sold in large numbers at the moment. Work carried out in the housing company also has a huge effect on flat prices, with flats in housing companies where drains have been recently renovated commanding higher prices.

Eija Miehola, a regional manager at the Huoneostokeskus estate agents, says that studio flats and one-bedroom flats are sought after at the moment. There is also some demand for affordable family flats. "But family flats at the top end of the price range are not sold that often. That shows up in the statistics."