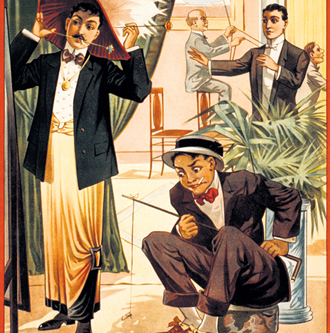 A recent study reveals that hypnosis can produce real hallucinations.

A STUDY conducted by the Universities of Helsinki and Turku in collaboration with the Swedish Skövde University was able to determine that a hallucination produced by hypnosis was real by measuring the brains electrical activity.

During the study, a test was conducted with two highly hypnosis-prone persons who were shown figures, such as a square, triangle or circle, which were coloured either blue or red. The researchers then left the test subjects with a suggestion while they were under hypnosis, stating that a specific figure is always the same colour, for example: “triangles are always red.”

One of the test subjects then reported, in a completely normal and awakened state, seeing all the figures mentioned according to the colour suggested during the hypnosis.

The researchers who were measuring the subjects EEG – brain’s electrical activity – could then determine that the observation happened so quickly that it could not have been imagined or made up.

“The result of our study puts into question many central theories surrounding hypnosis as the results cannot be explained by the active and conscious use of imagination,” Sakari Kallio, a docent at Turku University, commented in a Turku University press release. 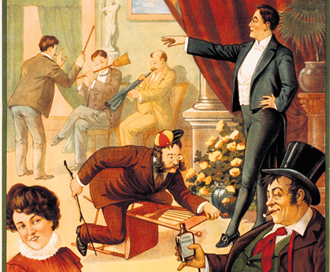 “Perceiving colours is known to be a highly automatic process,” Kallio explains, and “during the study we were able to produce an especially strong visual memory, which was activated before the test subject even became aware of the shown stimulus.”

Kallio told YLE that the results increase the potential use of hypnosis and could be more extensively applied in the medical field in treating different phobias, addictions and weight problems.

The use of hypnosis still remains limited within the medical field, despite its centuries-old tradition in medicine. But the arrival of modern hypnotherapy has led to the revival of medical hypnosis and it is being applied more extensively in nations such as Great Britain and Sweden while remaining rather moderate in Finland, Dr. Markus Sundblom, a hypnotherapist at Eira Hospital in Helsinki, explains.

“In Finland, there are only a few dozen properly educated hypnotherapists who have a medical background in psychology or dentistry,” Sunblom said.

Sundblom, who uses hypnosis during psychotherapeutic sessions, explains that “a lot of it has to do with treating different stress related illnesses and these kinds of psychosomatic syndromes like anxiety or then these sort of burnouts that stem from the body and mind going into overdrive.”

The treatment method can also be applied when addressing different fears and phobias such as dental fear, or to ease often painful symptoms of psychosomatic disorders like irritable bowel syndrome (IBS), to anything from mental practice to more difficult mental illnesses.