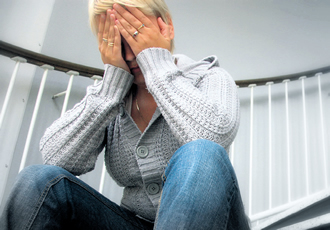 Diagnosis was a relief and disappointment for Päivi Storgård.

This is how Päivi Storgård describes bipolar affective disorder in her book. Even though the book, called Keinulaudalla, is a work of fiction, the experiences described in it are true.

It often takes years before bipolar affective disorder is diagnosed. The patient doesn’t necessarily understand that they are sick during a manic phase and fail to mention the episode to their doctor.

“The patient can feel so good during the period of elevated mood that they don’t feel sick,” Sadeniemi explains.

Journalist Päivi Storgård says that it took six years for her to be properly diagnosed.

“At first, I was treated for depression, which is absolute poison for a person with bipolar disorder because the medication is completely wrong,” Storgård explains.

Storgård was partially relieved to get the correct diagnosis. Finally there was an explanation for why she was behaving like she was and why life sometimes felt so difficult.

“On the other hand, it was a huge disappointment and loss because I thought that now I have a mental disorder, which makes me a bad person.

It was difficult for me to understand that it is an actual disease. It is not a question of my own choice.”