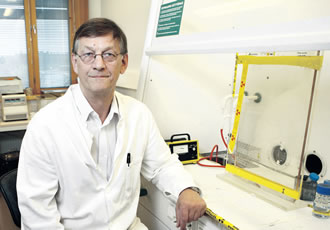 PARKINSON’S Disease is not a new disease, nor a new challenge. In spite of the disease’s many unknowns, the Finnish health system and its stakeholders are becoming more effective in supporting individuals living with Parkinson’s as well as leading innovative research to find a cure.

More than 15,000 people in Finland live with the disease, which has symptoms ranging from a slight tremor to loss of voice to depression and physical incapacitation. The composition and intensity of symptoms are as individual as the patients are, making treatment and research challenging.

One of the greatest challenges faced today by the Parkinson’s community is awareness. Much remains to be done to better educate and inform the public and medical practitioners about the process of diagnosing Parkinson’s as well as the options for treatment and care. In the same vein, educating doctors about the importance of referring patients to neurologists and movement disorder specialists is crucial to providing effective care for each individual patient.

That being said, Finland boasts one of the most comprehensive support networks for Parkinson’s patients. Ariel Gordin, the Chairman of the Finnish Parkinson Association, points out that Finland is ‘one of the few countries in Europe that has its own rehabilitation facilities specifically for Parkinson’s’, which provide increased access to specialised programmes that support patients through all stages of their treatment.

Those receiving Parkinson’s treatment in Finland can use the public health system, as well as visiting private clinics. Unlike other countries, these separate public and private options complement one another and work well for Parkinson’s patients. In addition, all Parkinson’s medication is 100 per cent free to patients, as are surgical procedures, including deep brain stimulation and levodopa pumps, which are used when the patient’s symptoms cannot be adequately controlled through standard medication delivery.