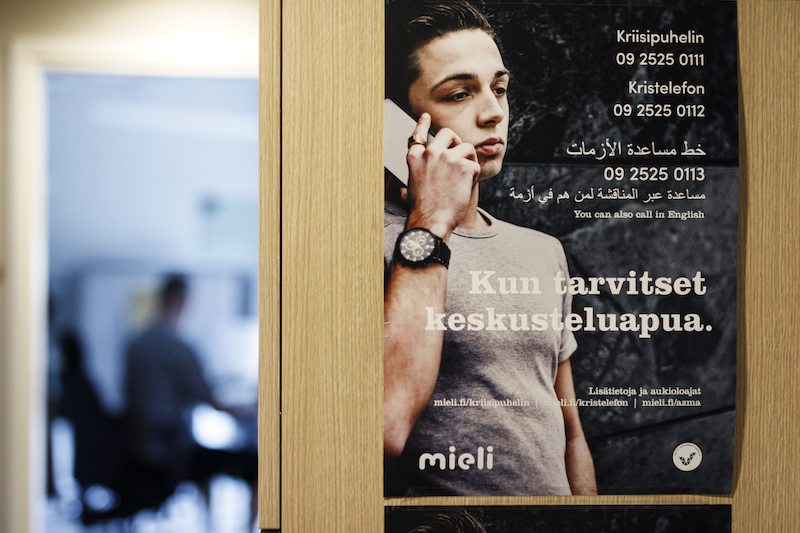 The crises of recent years and the difficulty in obtaining adequate support from social and health services increase the number of calls to the Crisis Helpline. The number of callers under the age of 30 has almost doubled in three years.

In 2022, MIELI Mental Health Finland’s Crisis Helpline received a record number of 400,400 call attempts, which is almost 100,000 more than during the previous year.

“Russia’s war of aggression, the coronavirus pandemic and other ongoing crises are burdening people. Low-threshold services, such as the Crisis Helpline, are now filling the service gap of public services. More should be invested in the psychological resources of people living in Finland,” says Sanna Vesikansa, Head of Crisis Operations at MIELI Mental Health Finland.

Financial challenges have been more common in men’s calls to the Crisis Helpline. One-third of those calling the Crisis Helpline are men, but last year, 43% of people who called about financial challenges were men. There are more calls about addictions from men than women. In addition, the number of calls related to coping difficulties and exhaustion in everyday life increased last year.

More and more young people are calling the Crisis Helpline

In particular, the number of young adults calling the Crisis Helpline has risen steadily for several years. Since 2019, the number of callers under the age of 30 has increased by 88%, or almost doubled. Young people most often call because of anxiety, suicidal thoughts or relationship problems.

“The threshold for young people, especially young women, to recognise a burdensome life situation and seek help for themselves has lowered. People have started to address shortcomings and problems and seek change better than before,” says Susanna Winter, Head of Telephone and Online Crisis Work.

“The Crisis Helpline is like an antenna because the calls reflect what is on the minds of people living in Finland,” Winter adds.

The Finnish-language helpline of MIELI Mental Health Finland is open 24/7 at 09 2525 0111. The Crisis Helpline already provides discussion support in six languages. For example, Ukrainian refugees can call 09 2525 0114 and receive support in their native language on weekdays, 20 hours every week.