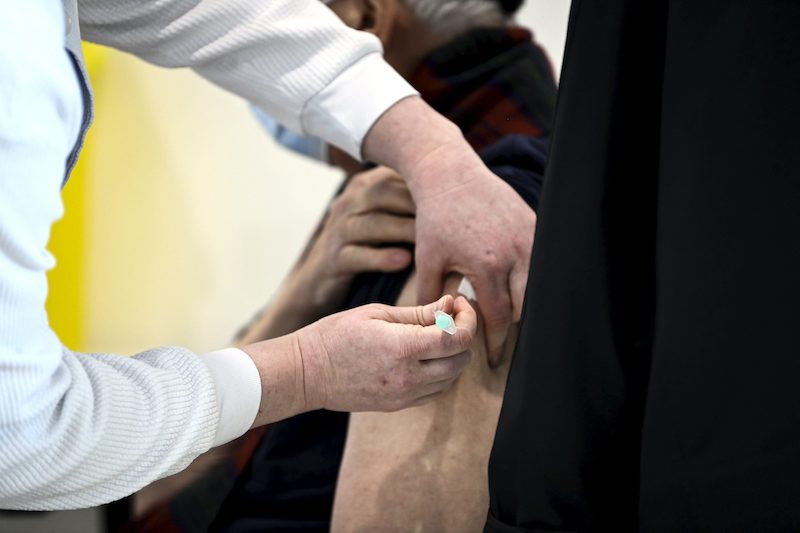 According to a comprehensive study published in The BMJ, most symptoms or diseases that occur after mild Covid-19 infection last for several months but recover to normal within a year.

In particular, vaccinated people were at lower risk of breathing difficulties - the most common effect to develop after mild infection - compared with unvaccinated people.

These findings suggest that, although the long covid phenomenon has been feared and discussed since the beginning of the pandemic, the vast majority of mild disease cases do not suffer serious or chronic long term illness, say the researchers.

Long covid is defined as symptoms persisting or new symptoms appearing more than four weeks after initial infection. In March 2022, an estimated 1.5 million people in the UK (2.4 pc of the population) reported long covid symptoms, mainly fatigue, shortness of breath, loss of smell, loss of taste, and difficulty concentrating.

But the clinical effects of long covid one year after mild infection and their association with age, sex, covid-19 variants, and vaccination status are still unclear.

To address this, researchers compared the health of uninfected individuals with those who had recovered from mild covid-19 for a year after infection.

They used electronic records of a large public healthcare organisation in Israel, in which almost 2 million members were tested for covid-19 between 1 March 2020 and 1 October 2021. Over 70 long covid conditions were analysed in a group of infected and matched uninfected members (average age 25 years; 51% female).

To ensure only mild disease was assessed, they excluded patients admitted to hospital with more serious illness. Other potentially influential factors, such as alcohol intake, smoking status, socioeconomic level, and a range of pre-existing chronic conditions were also taken into account.

For example, compared with non-infected people, mild covid-19 infection was associated with a 4.5-fold higher risk of smell and taste loss (an additional 20 people per 10,000) in the early period and an almost 3-fold higher risk (11 per 10,000 people) in the late period.

The overall burden of conditions after infection across the 12-month study period was highest for weakness (an additional 136 people per 10,000) and breathing difficulties (107 per 10,000).

When conditions were assessed by age, breathing difficulties were the most common, appearing in five of the six age groups but remaining persistent throughout the first year post-infection in the 19-40, 41-60, and over 60 years age groups.

Weakness appeared in four of the six age groups and remained persistent in the late phase only in the 19-40 and 41-60 age groups.

Male and female patients showed minor differences, and children had fewer outcomes than adults during the early phase of covid-19, which mostly resolved in the late period. Findings were similar across the wild-type, Alpha and Delta covid-19 variants.

Vaccinated people who became infected had a lower risk of breathing difficulties and similar risk for other conditions compared with unvaccinated infected patients.

The researchers point to some limitations, such as incomplete measurement within medical records, so data might not fully reflect diagnoses and outcomes reported. And they can't rule out the possibility that covid-19 patients may use healthcare services more frequently, resulting in higher reporting and increased screening for potential covid-related outcomes in these patients.

Nevertheless, this was a large detailed analysis of health records across a diverse population, representing one of the longest follow-up studies in patients with mild covid-19 to date. And findings should apply to similar western populations worldwide.

"Our study suggests that mild covid-19 patients are at risk for a small number of health outcomes and most of them are resolved within a year from diagnosis," say the researchers.

"Importantly, the risk for lingering dyspnoea was reduced in vaccinated patients with breakthrough infection compared with unvaccinated people, while risks of all other outcomes were comparable," they add.