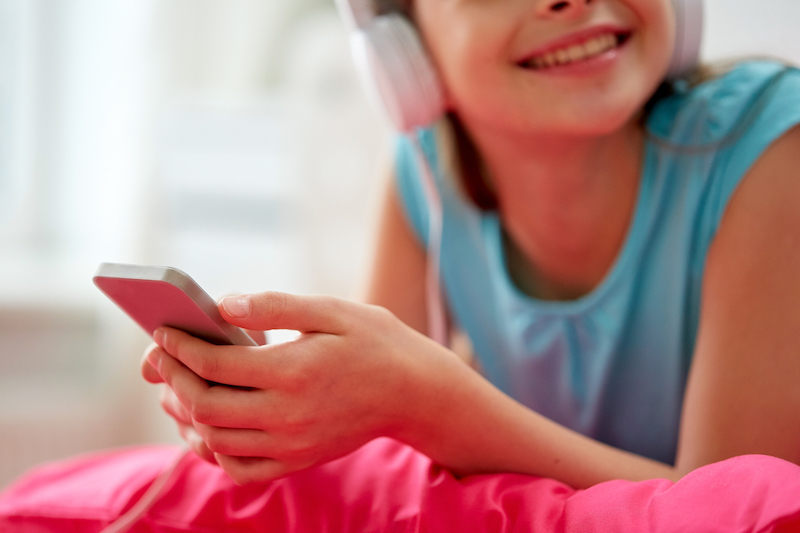 The results of a rat study, which were presented today at the 60th Annual European Society for Paediatric Endocrinology Meeting, suggest that regular exposure to blue light from tablets and smartphones may affect hormone levels and raise the risk of premature puberty.

A longer period of exposure to blue light was linked to the early onset of puberty in female rats, who also displayed decreased melatonin levels, elevated levels of several reproductive hormones, and physical alterations to their ovaries.

The use of mobile devices that emit blue light has already been related to children's sleep patterns being disturbed, but current results imply that there may be additional dangers for foetal development and future fertility.

The increasing usage of devices that generate blue light, such as tablets and smartphones, has been linked to poorer sleep quality in children and adults. Blue light slows the rise in melatonin levels that occurs in the evenings to prepare our bodies for sleep and rest, which is thought to interfere with our body clock. Pre-puberty has generally higher melatonin levels than puberty, which may contribute to the postponement of the onset of puberty. The intricate process of puberty necessitates the coordination of numerous bodily functions and hormones.

Several studies in recent years have reported an increase in the beginning of early puberty in girls, particularly during the COVID-19 epidemic. Increased screen time, as that experienced during the pandemic restrictions, may be contributing to this reported rise, as the relationship between blue light exposure and reduced melatonin levels suggests. However, evaluating this in kids is quite challenging.

Researchers from Ankara, Turkey, Dr Aylin Kilinc Uurlu and colleagues, used a rat model to examine the effects of blue light exposure on levels of reproductive hormones and the timing of puberty development. Three groups of six female rats each received either a normal light cycle, six hours of blue light, or twelve hours of blue light.

Both groups were exposed to blue light, and both groups' first signs of puberty started noticeably earlier. The longer the duration of exposure, the earlier the beginning of puberty. In addition, rats exposed to blue light saw morphological changes in their ovarian tissue, decreased melatonin levels, and higher levels of two particular reproductive hormones (oestradiol and luteinizing hormone). These alterations are all consistent with the start of puberty. Rats exposed for 12 hours also exhibited some evidence of ovarian inflammation and cell damage.

We have discovered that blue light exposure, which is sufficient to change melatonin levels, is also capable of changing reproductive hormone levels and causing earlier puberty onset in our rat model, says Dr Aylin Kilinc Uurlu. Additionally, the sooner they start, the longer the exposure.

Despite the fact that Dr Aylin Kilinc Uurlu issues the following warning: "Since this was a rat study, we cannot be certain that these findings would be duplicated in children," the data point to blue light exposure as a potential risk factor for earlier puberty onset.

Although it is challenging to simulate in rats the same levels of blue light exposure as a child using a tablet, the age at which rats reach puberty is fairly comparable to that of humans when taking into account the shorter lifespan of rats.

Female rats go through similar hormonal and ovulation changes as humans during pre-puberty and puberty. Therefore, despite the study's limitations, these findings are in favour of future research into the potential effects of blue light exposure on hormone levels and the start of puberty in young people.

Since the cell damage and inflammatory consequences associated with prolonged blue light exposure have the potential to have long-term repercussions on reproductive health and fertility, the team plans to look into these implications. Additionally, they will examine whether using "night light" mobile device capabilities that minimise blue light will lessen the impacts seen in the rat model.

Despite the lack of proof, Dr Aylin Kilinc Uurlu continues, "We would advise limiting the usage of blue light emitting devices in pre-pubertal children, especially at night when exposure may have the most hormone-altering effects."