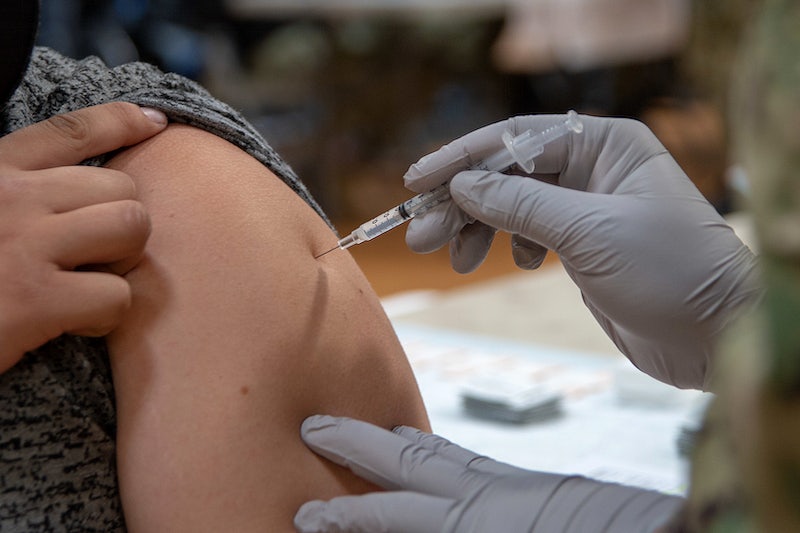 A new study demonstrates that receiving at least two doses of Pfizer vaccinations significantly lowers the majority of the long-term symptoms people observed months after getting COVID-19.

In this study, people who received at least two doses of the COVID-19 vaccination compared to those who received none experienced eight of the ten most frequently reported symptoms between 50 and 80 per cent less often.

Between July and November 2021, almost 3,500 adults from all throughout Israel took part in the study. These people responded to a survey that asked them a number of questions concerning previous COVID-19 infections, vaccination status, and any symptoms they might have been feeling. The poll was offered in four widely spoken local languages, including Hebrew, Arabic, Russian, and English.

The post-acute self-reported symptoms were compared between people who had received vaccinations and those who had not. When age and the amount of time between infection and survey participation were taken into account, they discovered that receiving two or more doses of the Pfizer vaccine was related to a lower probability of reporting the most prevalent post-COVID symptoms. The most frequently reported symptoms, including fatigue, headaches, limb weakness, and chronic muscular pain, decreased by 62%, 50%, 62%, and 66%, respectively, among participants in the current study. Persistent muscle soreness was reduced by 70% and shortness of breath by 80%.

The study adds to the limited knowledge currently available regarding the effect of vaccination on long-term COVID. The study's principal investigator, Prof. Michael Edelstein of the Azrieli Faculty at Bar-Ilan University, adds that "we don't fully understand what occurs in the months and years following COVID-19 in terms of physical and mental health and welfare." "We felt it was vital to investigate whether vaccinations could help treat the symptoms of extended COVID because it seems to afflict so many people. It is becoming more and more obvious that vaccinations offer defence not merely against disease but also, as this study's findings imply, against COVID-19's long-term, occasionally life-altering consequences."

Less is known about the level of protection against extended COVID provided by vaccinations. This study is the first of a series that Edelstein has started to follow a sizable cohort of people from all facets of Israel's diverse population to see how the vaccines affect long-term quality of life, various COVID variations, and long-COVID symptoms.