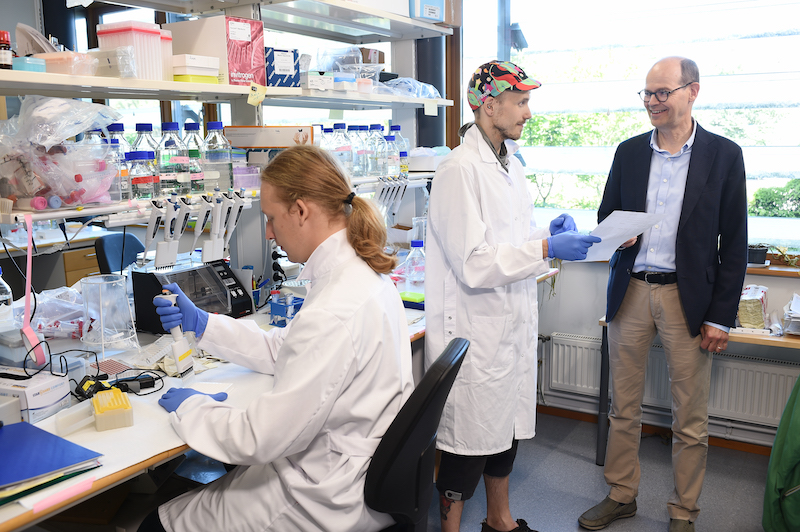 The Minerva Foundation's Medix Prize for 2022 awarded to a research group from the University of Helsinki. The research group produced new data on the modes of action of antidepressants.

Patients suffering from depression benefit from serotonin-increasing medications. This finding has resulted in a conclusion, commonly accepted for decades, that the primary cause of depression is a depletion in serotonin.

Antidepressants have been considered to influence the brain by means of serotonin or glutamate receptors. Receptors are protein molecules that bind neurotransmitters and medicinal agents. The findings of a research group of the University of Helsinki indicate that the matter is more complex than this. The research group is headed by MD Eero Castrén.

The article by the research group, published in the international journal Cell, demonstrates that antidepressants bind directly to TRKB neurotrophin receptors. The study questions the role of serotonin and glutamate receptors as the primary targets of antidepressants.

"Their research groups have had a significant impact on the work of our research group, and the award will, thus, be divided between the researchers in the three groups," says MD Castrén.

According to Dr Castrén, although antidepressants bind to the TRKB receptor, their binding affinity is modest, yet therapeutically significant.

"A problem with antidepressants is that their clinical effects are delayed. It may take up to several weeks before their impacts are translated into clinical mood recovery. For this reason, our research group would like to find molecules, which would bind better to the TRKB receptor. Such findings would allow the development of new kinds of antidepressants with a faster effect," says Dr Eero Castrén.

The Finnish championship in biomedicine

The Medix Prize by the Minerva Foundation is an important annual award for internationally high-level Finnish medical research. The Medix Prize is, in a manner of speaking, the Finnish championship for biomedicine. This year's Medix Prize was awarded for the 35th time.

The prize is awarded annually for excellent Finnish scientific research published as one article during the previous year. The research is to be in the fields of biomedicine or clinical medicine and performed fully or in its essential parts in Finland.

The awardee is selected by a committee consisting of representatives from the universities of Helsinki, Turku, Tampere, Eastern Finland and Oulu, who are appointed for a period of three years.