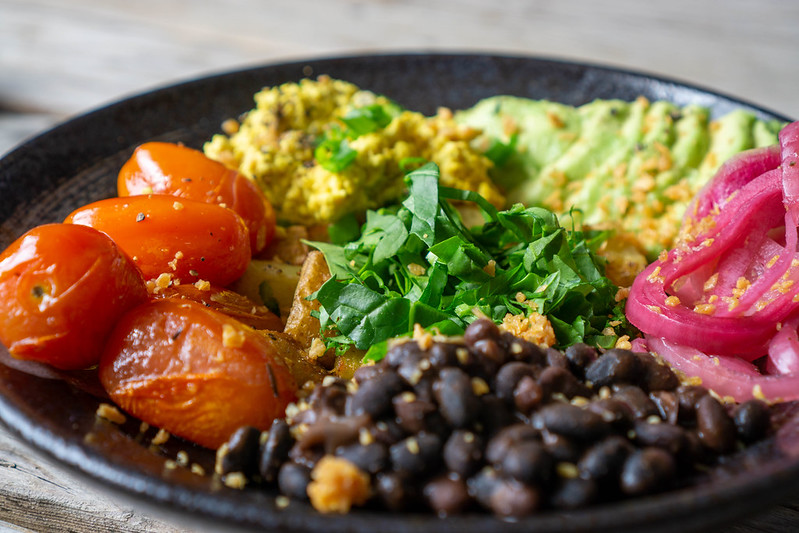 In Drosophila, researchers from the Buck Institute have discovered a link between nutrition, circadian rhythms, eye health, and lifespan for the first time. They also discovered that activities in the fly eye are actually driving the ageing process.

The research has been published in the journal, "Nature Communications"

Previous studies have shown in humans that there is an association between eye disorders and poor health. "Our study argues that it is more than correlation: dysfunction of the eye can actually drive problems in other tissues," said senior author and Buck Institute Professor Pankaj Kapahi, PhD, whose lab has demonstrated for years that fasting and caloric restriction can improve many functions of the body. "We are now showing that not only does fasting improve eyesight, but the eye actually plays a role in influencing lifespan."

"The finding that the eye itself, at least in the fruit fly, can directly regulate lifespan was a surprise to us," said lead author, Brian Hodge, PhD, who did his postdoctoral studies in Kapahi's lab.

The explanation for this connection, Hodge said, lies in circadian "clocks," the molecular machinery within every cell of every organism, which has evolved to adapt to daily stresses, such as changes in light and temperature caused by the rising and setting of the sun. These 24-hour oscillations - circadian rhythms - affect complex animal behaviours, such as predator-prey interactions and sleep/wake cycles, down to fine-tuning the temporal regulation of molecular functions of gene transcription and protein translation.

In 2016 Kapahi's lab published a study in Cell Metabolism showing that fruit flies on a restricted diet had significant changes in their circadian rhythms in addition to extending lifespan. When Hodge joined the lab later that year, he wanted to dig deeper to figure out which processes that enhance circadian functions were altered by the diet change, and whether circadian processes were required for the longer lifespan seen with dietary restriction.

"The fruit fly has such a short lifespan, making it a really beautiful model that allows us to screen a lot of things at once," said Hodge, who is currently a scientist at Fountain Therapeutics in South San Francisco. The study began with a broad survey to see what genes oscillate in a circadian fashion when flies on an unrestricted diet were compared with those fed just 10 per cent of the protein of the unrestricted diet.

Immediately, Hodge noticed numerous genes that were both diet-responsive and also exhibiting ups and downs at different time points, or "rhythmic." He then discovered that the rhythmic genes that were activated the most with dietary restriction all seemed to be coming from the eye, specifically from photoreceptors, the specialized neurons in the retina of the eye that respond to light.

This finding led to a series of experiments designed to understand how eye function fits into the story of how dietary restriction can extend lifespan. For example, they set up experiments showing that keeping flies in constant darkness extended their lifespan. "That seemed very strange to us," said Hodge. "We had thought flies needed the lighting cues to be rhythmic, or circadian."

They then used bioinformatics to ask: Do the genes in the eye that are also rhythmic and responsive to dietary restriction influence lifespan? The answer was yes they do.

"We always think of the eye as something that serves us, to provide vision. We don't think of it as something that must be protected to protect the whole organism," said Kapahi, who is also an associate adjunct professor of urology at UCSF.

Since the eyes are exposed to the outside world, he explained, the immune defences there are critically active, which can lead to inflammation, which, when present for long periods of time, can cause or worsen a variety of common chronic diseases. Additionally, light in itself can cause photoreceptor degeneration which can cause inflammation.

"Staring at computer and phone screens, and being exposed to light pollution well into the night are conditions very disturbing for circadian clocks," Kapahi said. "It messes up protection for the eye and that could have consequences beyond just the vision, damaging the rest of the body and the brain."

There is much to be understood about the role the eye plays in the overall health and lifespan of an organism, including how the eye regulates lifespan and does the same effect apply to other organisms?

The biggest question raised by this work as it might apply to humans is, simply, do photoreceptors in mammals affect the longevity? Probably not as much as in fruit flies, said Hodge, noting that the majority of energy in a fruit fly is devoted to the eye. But since photoreceptors are just specialized neurons, he said, "the stronger link I would argue is the role that circadian function plays in neurons in general, especially with dietary restrictions, and how these can be harnessed to maintain neuronal function throughout ageing."

Once researchers understand how these processes are working, they can begin to target the molecular clock to decelerate aging, said Hodge, adding that it may be that humans could help maintain vision by activating the clocks within our eyes. "It might be through diet, drugs, lifestyle changes... A lot of really interesting research lies ahead," he said.