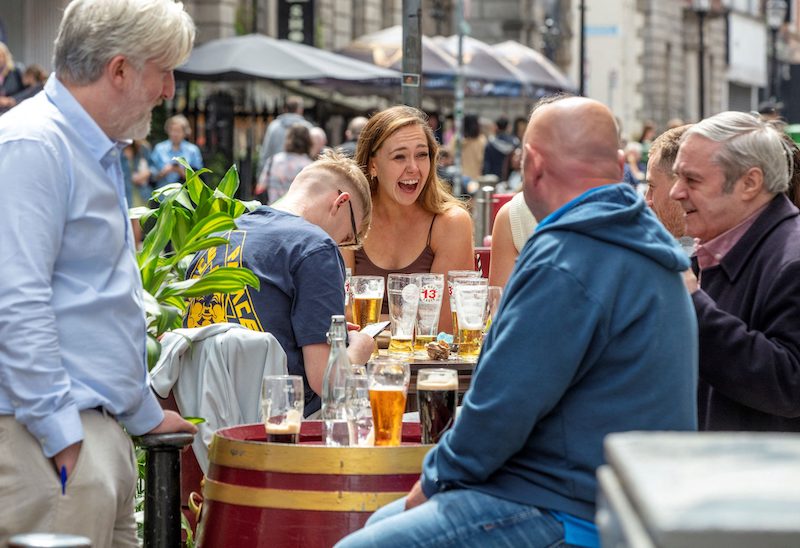 People sit with their drinks at a table outside a re-opened pub in Dublin, on June 7, 2021, as bars, restaurants and cafes resumed outdoor service as part of the latest lifting of Covid-19 restrictions. LEHTIKUVA / AFP

World Health Organisation (WHO) Director-General Tedros Adhanom Ghebreyesus on Monday said with the increased global transmission of variants of concern including the Delta variant, lifting restrictions too quickly could be disastrous for those who are not vaccinated.

Speaking at the press briefing on COVID-19, Tedros said that...

the number of COVID-19 deaths reported last week increased in three out of WHO's six regions, Africa, the Americas and the Western Pacific.
"We see a two-track pandemic, many countries still face an extremely dangerous situation, while some of those with the highest vaccination rates are starting to talk about ending restrictions," he said.

At the World Health Assembly, Tedros also called for a massive global effort to vaccinate at least 10 per cent of the population of all countries by September, and at least 30 per cent by the end of the year.

"I also call on all manufacturers to give COVAX first right of refusal on new volume of vaccines, or to commit 50 per cent of their volumes to COVAX this year," he added.

Tedros also called on companies whose vaccines rely on mRNA technology to share their knowledge with the WHO's COVID-19 Technology Access Pool.

"We continue to call on companies with mRNA technology to share it through the COVID-19 Technology Access Pool - the result can be a win-win for both the owner of the know-how as well as for public health," he said.