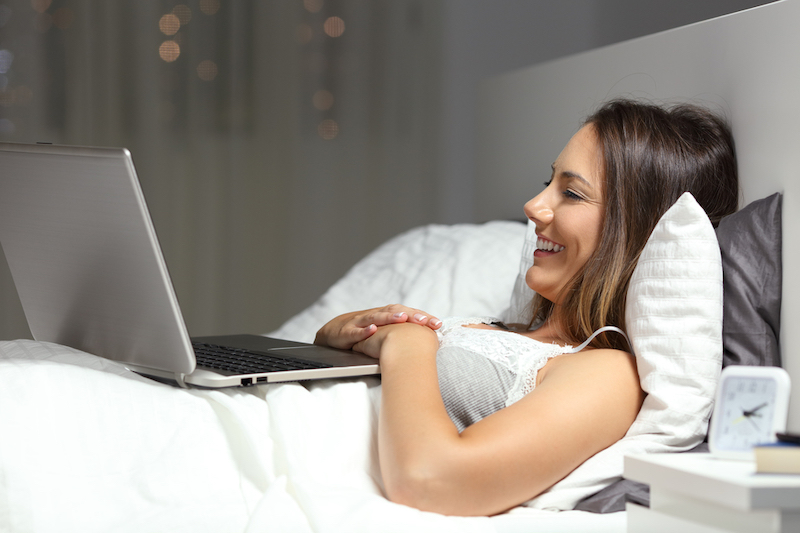 Last year’s quarantine has deepened people’s addiction to streaming services. Locked at home and deprived of other entertainment, they had more excuses to binge-view shows and movies streamed on Netflix. Compulsive marathon-watching seems to have become particularly common in the Nordic countries, which, Statista reveals, have some of the highest internet penetration rates.

Encouraged by Nordic people’s dependence on streaming services, Amazon has recently decided to steal the show against Netflix and has launched a Nordic service. A “more local focus,” advertised by Amazon, will get the Nords even more hooked.

Some streamline services, however, arouse weaker interest in Finns. On-demand workouts have not engaged their attention as strongly as Netflix did, although the online fitness industry has seen a boom in subscribers. Indeed, during the pandemic, many more people have integrated fitness digital services into their fitness routine. Due to lockdowns, Beachbody On Demand, for example, experienced growth of more than 300 percent in new subscribers, passing 2 million overall by April 2020. The growth of other fitness streaming services, too, has been so drastic as to allow specialists to talk about the transformation of the fitness industry.

Finnish people did not take to online fitness workouts with equal gusto. Although there is no shortage of mobile fitness applications designed for Finns, statistics reveal that user penetration in the Fitness segment in Finland was only at 23.5% in 2021. The FinHealth study unveiled even less cheerful data: obesity has become more prevalent among working age people in Finland. According to the research, 72% of men and 63% of women over 30 years of age in Finland were at least overweight, while 26% of men and 28% of women were obease. Nearly half of adults, researchers say, had abdominal obesity particularly harmful to health. After a healthier period in the early 2000s, obesity has become more common among Finns in recent years, and it is feared that, with the growing addiction to binge-watching, it will soon be the norm.

Before this happens, perhaps it’s about time Finns swap their marathon-watching for marathon running.