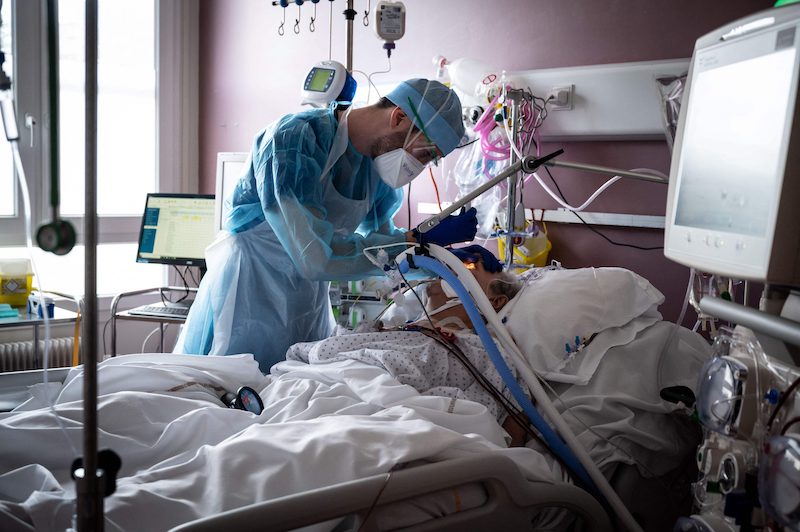 Eight months after mild COVID-19, one in ten people still has at least one moderate to severe symptom that is perceived as having a negative impact on their work, social or home life, according to a new study.

The most common long-term symptoms are a loss of smell and taste and fatigue. This is according to a study published in the journal JAMA, conducted by researchers at Danderyd Hospital and Karolinska Institutet in Sweden.

Since spring 2020, researchers at Danderyd Hospital and Karolinska Institutet have conducted the so-called COMMUNITY study, with the main purpose of examining immunity after COVID-19. In the first phase of the study in spring 2020, blood samples were collected from 2,149 employees at Danderyd Hospital, of whom about 19 percent had antibodies against SARS-CoV-2. Blood samples have since then been collected every four months, and study participants have responded to questionnaires regarding long-term symptoms and their impact on the quality of life.

"We investigated the presence of long-term symptoms after mild COVID-19 in a relatively young and healthy group of working individuals, and we found that the predominant long-term symptoms are loss of smell and taste. Fatigue and respiratory problems are also more common among participants who have had COVID-19 but do not occur to the same extent," says Charlotte Thalin, specialist physician, Ph.D. and lead researcher for the COMMUNITY study at Danderyd Hospital and Karolinska Institutet.

"However, we do not see an increased prevalence of cognitive symptoms such as brain fatigue, memory and concentration problems or physical disorders such as muscle and joint pain, heart palpitations or long-term fever."

"Despite the fact that the study participants had a mild COVID-19 infection, a relatively large proportion report long-term symptoms with an impact on quality of life. In light of this, we believe that young and healthy individuals, as well as other groups in society, should have great respect for the virus that seems to be able to significantly impair quality of life, even for a long time after the infection," says Sebastian Havervall, deputy chief physician at Danderyd Hospital and PhD student in the project at Karolinska Institutet.

The COMMUNITY study will now continue, with the next follow-up taking place in May when a large proportion of study participants are expected to be vaccinated. In addition to monitoring immunity and the occurrence of re-infection, several projects regarding post- COVID are planned.

"We will, among other things, be studying COVID-19-associated loss of smell and taste more closely, and investigate whether the immune system, including autoimmunity, plays a role in post-COVID," says Charlotte Thalin.