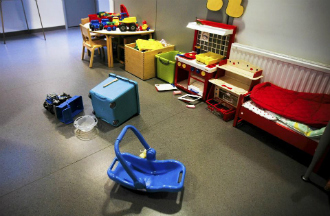 “We know that it is very difficult to change psychopathic characteristics in adults. But this commonly held view is changing as we are accumulating research data showing that such characteristics in children can be changed,” explains Taina Laajasalo, a professor of psychology.

A research team from the University of Helsinki compiled a review of several international studies and the conclusions have now been published in the medical journal Duodecim.

A recent study found that 10 to 32 per cent of 8–12-year-old children with behavioural problems had emotionally cold characteristics. Such personality traits could be observed already at the age of three or four.

Emotional detachment refers to a person’s inability to connect with other people emotionally, or to experience or express emotions.

Emotionally detached person does not experience remorse or guilt over their actions. Researchers say that such personality traits are at the core of psychopathic personality disorder.

“But a child must not be labelled as a future psychopath: that is taking a conclusion a step too far,” says Laajasalo, adding that there are no well-designed studies where subjects would have been followed from childhood into adulthood.

Researchers do not yet know which factors give rise to an emotionally cold personality.

“It’s not clear yet what roles genetics and environment play in the development of these characteristics. It seems likely that a person’s genetic background also affects the development of emotionally detached personality,” explains Laajasalo.

She says that environmental factors and experiences can help promote or suppress the personality traits.  Traumatic experiences, such as abuse or neglect, during a child’s early years may increase the likelihood of the child developing emotionally cold characteristics.

Emotional detachment in adults was extensively studied in the 1980s and 1990s, says Laajasalo.

According to research, children with tantrums or behavioural problems coupled with emotional coldness often cope less well as adults.

Emotional detachment in children has traditionally beenconsidered a personality trait that does not change with age but there are only a very few follow-up studies on the topic.

Conventional therapies have not been effective in treating behavioural disorders and emotionally cold characteristics connected with these problems.

A commonly held notion has been that fearless personality, unresponsiveness towards punishments and inability to recognise negative emotions that go hand in hand with emotional detachment shape a person’s conscience in a way that contributes to an increased risk of aggressive and anti-social behaviour.

Laajasalo, however, says that these characteristics can be influenced and modified.

“A number of studies have shown that it’s possible to reduce the emotionally cold personality traits in a child. Parents and other care-givers are advised to start treating the child in a more positive way by leaving out orders, prohibitions and punishments that are ineffective, instead giving the child positive feedback,” explains Laajasalo.