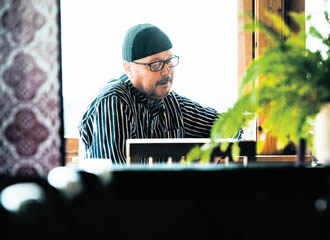 "Prostate, breast, lung and bowel cancers are common," says Pirkko Kellokumpu-Lehtinen, professor of oncology at the University of Tampere and chief physician at the Tampere University Hospital.

"All other cancer types are rare, including childhood cancers."

Maarit Leinonen, the chief medical officer at Finnish Cancer Registry, explains that the number of rare cancer diagnoses may vary from one up to more than 300 a year, with a cancer defined as rare if it has an incidence less than 1 in 20,000.

The list of rare cancers is long, with the European RareCare project including 186 cancers and numerous cancer subtypes in its register of rare cancers.

One of these rare diseases affects one in five European cancer patients, amounting to more than four million sufferers. In Finland alone, there are tens of thousands of patients with a rare cancer.

Is a rare cancer more difficult to spot?

"Cancer usually manifests itself as a lump," says Kellokumpu-Lehtinen.

"Because of this, doctors realise quickly it is a cancer. On the basis of the symptoms, the doctor sends the patient for a scan which shows the tumour."

The right course of treatment is determined on the basis of international recommendations.

It seems that the cancer being rare has an impact on the treatment. According to RareCare, the diagnosis is often delayed, care is not knowledgeable and research on various treatments is lacking.

The Finnish Cancer Register is carrying out two studies on rare cancer, one concerning centralised cancer care and the other delays in the treatment of rare cancers.

The preliminary results show that treatment results are not as good as for common cancers as measured by survival after treatment. Eleven per cent of lung cancer patients are alive after five years, compared with 89 per cent of breast cancer patients.

"A delay in diagnosing the disease goes a long way in explaining the difference," says Leinonen. Kellokumpu-Lehtonen argues that one way of fixing the problem is to centralise the treatment of cancer.

"A central hospital may well only have one oncologist who never comes across all the different cancer types during their whole career," she explains.

"We have more than 30 doctors who can specialise in treating different cancers."

Leinonen would centralise also the diagnosis phase as "doctors should also see a high enough number of exceptional findings".