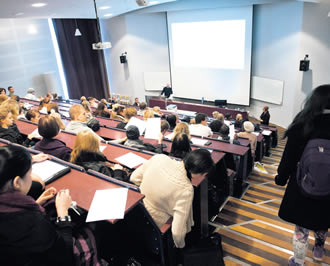 Under a decree issued by the Government last week, the funding of Finnish polytechnics is to be determined on a range of performance indicators such as the number of completed degrees, the quality of study programmes, efficiency, the employment rate of graduates, and research and development programmes. The objective of the decree, which is part of the ongoing polytechnic reform process, is to enhance the efficiency of polytechnics and to shorten graduation times.