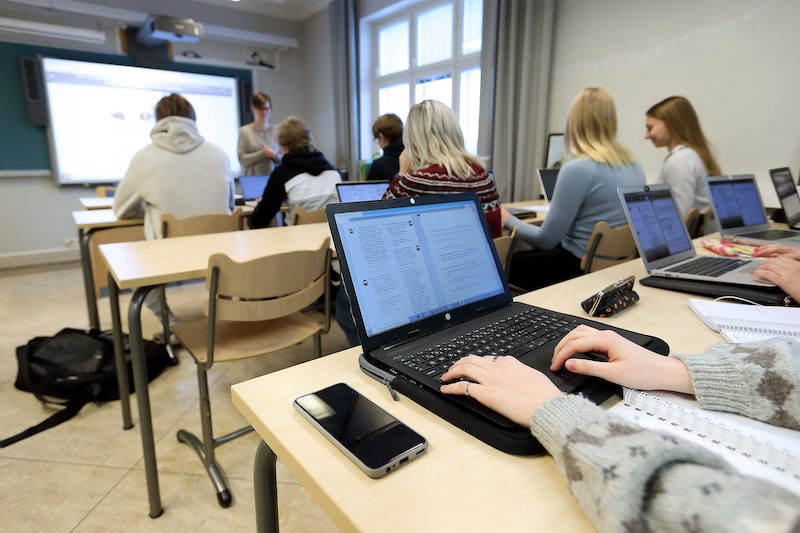 The introduction of ethics classes in Germany as an alternative to religious education led to reduced religiosity in students’ later life. It also eroded traditional attitudes to gender roles and increased labor market participation and wages. These are the findings of a new study by the ifo Institute.

“There was a reduction not just in general religiosity but also in the likelihood of attending religious services, praying, or being a member of a church,” says ifo researcher Ludger Wößmann. These effects were most notable in catholic regions.

The decline in religiosity corresponded with far-reaching consequences for families and the labor market. “After the introduction of ethics classes, support for traditional attitudes surrounding the gender division of tasks and the necessity of marriage eroded,” says ifo researcher Benjamin Arold. This can be seen in the number of marriages (−1.5 percentage points) and births (−0.1 children) as well as in increased labor market participation (+1.5 percentage points), working hours (+0.6 hours per week), and wage levels (+5.3 percent).

Conversely, the teaching reform had no effect on life satisfaction or ethical behaviors such as volunteerism. “This means the introduction of the option to choose between religious education and ethics classes did not come at the expense of general ethical attitudes,” says ifo researcher Larissa Zierow.

The study was based on survey data from more than 58,000 adults who started school in western Germany between 1950 and 2004. Western German federal states abolished compulsory religious education in favor of a choice between religious studies and ethics classes at different points in time – from 1972 in Bavaria to 2004 in North Rhine-Westphalia. Before the reform, compulsory religious studies were very intensive: in total, students would receive some 1,000 hours of religious education over the course of their schooling, about four times as much as for physics.

The researchers’ method isolates the effects of ethics classes on religiosity from broader social trends by exploiting the fact that the western German Länder implemented the reform at different times. Within a given federal state, the researchers considered different age groups: older groups, who went to school under the old system, and younger ones, whose schooling came after the reform. They then compared the difference in religiosity between those age groups with the differences between the same age groups in other Länder where the reform had not been implemented at that time.