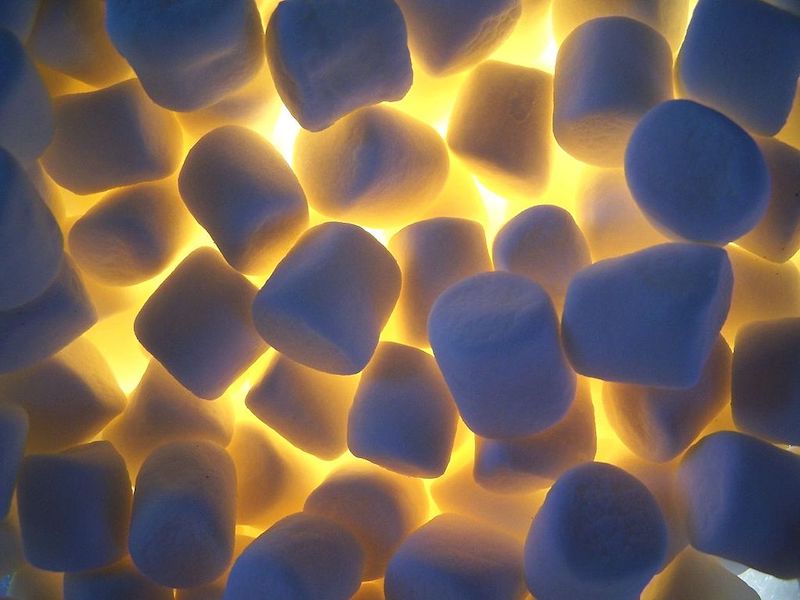 Fifty years after the famous 'marshmallow test' found that children who resist temptation do better on measures of life success, a study of preschoolers in Boulder and Japan reveals that what kids are willing to wait for depends on their cultural upbringing.

But 50 years after the seminal "marshmallow test" suggested this, a fresh, multicultural approach to the test adds a missing piece of the story: What kids are willing to wait for depends largely on their cultural upbringing.

"We found that the ability to delay gratification, which predicts many important life outcomes, is not just about variations in genes or brain development but also about habits supported by culture," said senior author Yuko Munakata, a research affiliate with the Department of Psychology and Neuroscience at CU Boulder.

The findings provide good news to parents, showing that fostering simple, culturally appropriate habits in young children may influence their development in ways that make it easier for them to delay gratification later.

But it also calls into question decades of social science research, suggesting that some children deemed lacking in self-control may have instead just had different cultural values around waiting.

"It calls into question: How much of our scientific conclusions are shaped by the cultural lens we, as researchers, bring to our work?" said Munakata.

First conducted in the early 1970s by psychologist Walter Mischel, the marshmallow test worked like this: A preschooler was placed in a room with a marshmallow, told they could eat the marshmallow now or wait and get two later, then left alone while the clock ticked and a video camera rolled. While research is mixed, many studies found that preschoolers who waited longer did better on academic test scores, were less likely to exhibit problem behavior and had a healthier body mass index and better relationships later in life. Some studies also found that these same study subjects were less likely to end up in jail and made more money.

Early on, researchers focused on inherent and cognitive explanations.

"There was this idea that some kids simply have more self-control, and some kids have less," said Munakata, now also a professor of psychology at University of California, Davis.

Munakata, who has Japanese heritage but grew up in the U.S., conceived of the idea of the new study while on sabbatical in Kyoto. On the first day of school, as her two young children tore into their lunchboxes, their peers quickly set them straight, telling them that in Japan no one ate until everyone sat down.

In contrast, while her children were used to waiting to open their gifts on birthdays and Christmas, their Japanese peers tended to open them the moment they got them, whether the gift-giver was present or not.

How much does culture influence what we'll wait for?

To find out, she teamed up with Professor Satoru Saito at the Graduate School of Education in Japan and Kaichi Yanaoka, then a graduate student at University of Tokyo.

They recruited 144 children from Boulder and Kyoto, randomly assigning each to a test involving either a marshmallow or a wrapped present. Researchers and parents looked on through a video feed.

"One counted the dots on the ceiling. Another drew his name on the desk. Another paced around the room," said co-author Grace Dostart, a professional research assistant with the Renee Crown Wellness Institute, who helped run the Boulder study.

"It was fascinating to see the self-soothing techniques these kids engaged in."

The power of politeness

The children in Japan were overwhelmingly better at waiting for the marshmallow, with a median wait time of 15 minutes.

"If we had just looked at their behavior with the sweets, it would have looked like Japanese kids have better self-control," said Munakata. "But that was not the end of the story."

In Japan, kids waited less than five minutes to open the present.

The reverse was true in the U.S., with kids waiting almost 15 minutes to open the present vs. less than four to gobble the marshmallow.

Notably, kids who had a habit of waiting for meals at home and elsewhere waited longer to eat the marshmallow. And, across cultures, children who were more attuned to social conventions (as measured by surveys of children) waited longer.

"This suggests that the way you grow up, the social conventions you are raised around and how much you pay attention to them, are all important," said Dostart.

Munakata said the study does not debunk the marshmallow test's central finding: That the ability to resist here-and-now rewards is linked to success in long-term goals. And she acknowledges that genetics, neurocognitive factors and social factors play some role in how much willpower a child exhibits. (Her own 2018 study found that when other preschoolers in their "in-group" opt to wait for the second marshmallow, they tend to also).

But there are things parents and caregivers can do to reap the benefits of better self-control.

"Cultivating habits of waiting for others could be doing much more than supporting politeness," said Munakata, noting that such habits may change brain systems in ways that make delaying gratification more automatic. "It could make it easier for kids to succeed in future life situations without having to work so hard."