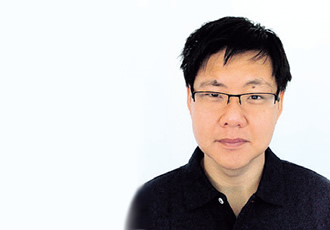 A COMMON complaint among immigrants and expatriates living in Finland is that it’s hard to get to know their neighbours. The usual plea is that people pass each other in the corridors or the stairs without a word – indeed, with barely a glance of recognition.

While this may be true in many cases, it does not have to be that way. Most Finns are very warm people once you get past their initial reserve. It’s just hard to break the ice – but there is a solution. There’s one social institution that breaks down the barriers and sets you off on the right foot with your neighbours: the talkoot.

Talkoot are community work events that are usually organised by the neighbourhood association or the housing company which owns the apartment building. Announced some weeks in advance, they are open calls to contribute to a community project, often something to do with building maintenance, gardening, or the like. Alternatively, parents whose children are enrolled in a kindergarten might organise talkoot to improve the playground, or members of a club might paint their meeting premises.

Talkoot are most common in the late spring and summer, when there’s a lot of yard work to do. A day is set aside, and everyone who wants to lend a hand just shows up. It really doesn’t matter if you don’t have particular technical skills – a willing heart and hands will always find something useful to do. If you’ve got a strong back, be prepared to haul bags of compost or rocks for the garden; if you’re good with kids, volunteer to babysit. As long as you’re getting on with things, your contribution will be noted and appreciated.

Sometimes talkoot are organised for the benefit of an individual. The most common is a bunch of friends gathering to help one person to move house. In any case, the beneficiary of all this unpaid work – whether an individual or organisation – is expected to feed the helpers. A barbeque and sauna party afterwards is a popular option, and putting in a case or two of beer usually doesn’t go amiss either. It’s a good idea for the organisers to be generous in this regard, especially if they want anyone to show up the next time there’s work to be done!

In a country with high labour prices, it’s a good way to keep costs down, but it’s also an excellent way of building bonds among the community and giving them a sense of ownership over their surroundings. People who’ve sweated over digging the yard are a lot less likely to dump rubbish in it, after all.

So keep an eye on the notice board where you live, and if there’s talkoot in the offing, clear your calendar for the day. It’s an experience that pays back a lot more than what you put into it, both in the simple satisfaction of the work as well as becoming a welcome and valued part of your community.