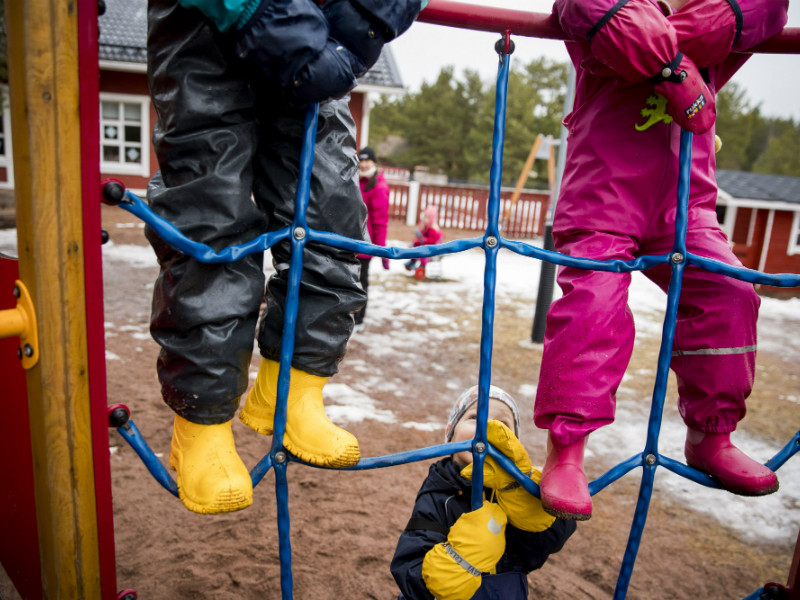 The Finnish Government is proposing that roughly 6,700 low-income families be relieved of the burden of early-childhood education fees.

The Finnish Government has unveiled a list of new measures to tear down inactivity traps in order to meet its target of raising the national employment rate to 72 per cent.

The Government revealed that the measures agreed upon in its two-day mid-term session are expected to raise the number of the employed by 5,000, according to calculations made by the Ministry of Finance.

The Government announced yesterday that it will slash early-childhood education fees for low and middle-income families and remove the fees altogether for roughly 6,700 families. The impact of the reduction on municipal finances – an estimated 69 million euros – will be offset by adjusting the state subsidies for basic services, the share of municipalities of tax revenues and the lower limit for property tax rates.

The costs arising from the housing allowance system, in turn, will be pared down by introducing a square metre-based cut-off point for the allowances and by tying the allowances to the cost of living index instead of the rental housing index.

The Government will also seek to promote geographical labour mobility by relaxing the eligibility conditions for commuting and relocation allowances.

The 19 measures identified to accomplish this will require approximately 45 million euros in additional funding.

Fifteen-million euros will be invest in developing special education and reducing class sizes at primary schools located in challenging regions.

The Government also announced a number of changes to the unemployment security system designed to encourage job seekers to actively look for employment opportunities and participate in employment services.

It proposes that the initial waiting period for unemployment benefits be reduced from seven to five days. The benefits, however, would be cut by 4.65 per cent – by introducing a monthly one-day waiting period – for job seekers who have either failed to find employment or neglected to participate in employment services for three months.

The Government also revealed that it will establish general principles for zero-hour employment contracts and take action to increase the efficiency of wage subsidies.

The wage subsidy system, it stated, will be rationalised by consolidating the employment vouchers granted to young and over 30-year-old job seekers in order to ensure employers are aware of the applicant’s eligibility for wage subsidies already in the job interview.

Employment services will be funded with an additional 25 million euros.

UPDATE: The Government has revised its estimate of the impact of cutting early-childhood education fees on municipal finances, lowering it from 90 to 69 million euros.