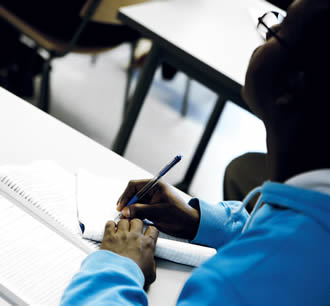 Young immigrants in the Helsinki region struggle in comparison to their Finnish contemporaries to get into upper-secondary school, indicates a study commissioned by the City of Helsinki.

These youngsters are consequently in danger of having to rely on social assistance for their financial safety.

Of the 13-29-year-old residents of Helsinki, roughly 21,000, or 14 per cent, do not speak Finnish or Swedish as their mother tongue. Roughly half of these people have lived in Finland for less than six years and need extra support and assistance in finding a suitable place to study, according to the report. By 2030, the Finnish capital is projected to be the home of 32,000 non-Finnish or Swedish speaking young people.

A key component of the Finnish education system is the requirement that in order to advance to upper-secondary education and further, one must have completed compulsory education. "For some immigrants, completing it is close to impossible. Thereby, also their entry into further education will become more difficult," says Liisa Pohjolainen, a line manager at the Helsinki Education Department.

At present, the study finds, nearly half of the young people who have moved to Helsinki from abroad require special help and guidance to obtain certificates.

The same education path does not suit all young immigrants, and more choice is needed. "Finnish language tuition or a top-up to an earlier qualification is all that is needed by some young people with foreign background while others may require functional language training or more extensive support. Because there are no education paths available that would be tailored to these young people's need, a lot of people waste time by waiting or by starting unsuitable courses, which can also lead to unnecessary costs," said Ritva Viljanen, the deputy mayor responsible for education and culture.

On 8 April, a task force set up last spring unveiled its proposal to enhance the education opportunities of young immigrants in the Helsinki region. "They need tailor-made groups," summarised Pohjolainen, the chairperson of the group.

In addition, the task force proposes that the training programme trialled at the Helsinki Vocational College enabling participants to improve their Finnish skills while learning about a variety of occupations be continued. According to the task force, the participants should also be allowed to complete studies in basic education during the programme.

Those young people who only came to Finland towards the end of their basic education or after it often find it difficult to achieve the language skills that would open the doors to further education.

According to the report, more emphasis should be placed on supporting young immigrants who come to Finland when they are almost at the school-leaving age. The report also says that Helsinki should look into establishing low-threshold services that combine language studies with leisure activities for young people.