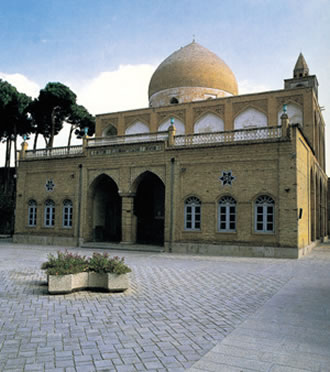 General Human Rights Policies in the Islamic republic of Iran

The human rights policy of the Islamic Republic of Iran, emanating from its national and regional particularities as well as its cultural, historical and religious backgrounds, has continuously emphasised the significance of interactive and cooperative approach in progress towards fulfilment of its human rights obligations. To that end, the Islamic Republic of Iran is firmly determined to utilise its potential and capacity to the maximum extent in order to achieve the full realisation of human rights.

Iran's commitment to promotion and protection of human rights is inherent, genuine and deeply rooted in the people's beliefs and values. It is intertwined with the nation's hopes for a brighter, happier, more prosperous and saner future.

The Islamic Republic of Iran is firmly committed to the promotion of human rights and to providing the appropriate grounds for the realisation of a civil society inside the country itself and in the outside world based on civilized behaviour and tolerance. Iran is also committed to increasing mutual understanding through dialogue and exchange of views following all the while its own policy of détente and non-interference in the internal affairs of other countries.

The Islamic Republic of Iran emphasises the necessity of adopting an approach based on cooperation and dialogue for the promotion and protection of human rights. We are critical of the policies of confrontation, politicisation, selectivity and double standards, which in the past several years, have resulted in illogical and unfair practices leading to the adoption of injudicious and politically motivated resolutions by the UN General Assembly and the Commission on Human Rights. We believe that such an approach is doomed to failure and can in no way create proper conditions conducive to the promotion and protection of human rights.

The Islamic Republic of Iran would like to draw the attention of all countries to the fact that in considering the human rights situation, due attention should be paid to the cultural, historical and religious backgrounds of each society under scrutiny.

The Islamic Republic of Iran does not claim that the realisation of human rights within the country is perfect. Obviously, no country can put forward such a claim. We are, however, of the view that Iran, in particular after the election of President Rouhani, has directed its efforts to furthering and protecting human rights.

The Islamic Republic of Iran, in an attempt to arrive at a mutual understanding in the field of human rights and encourage the exchange of diverse opinions on the subject, is ready to cooperate with all friendly countries which are realistic and independent in their views. This cooperation can include technical cooperation as well as parliamentary and educational aspects. 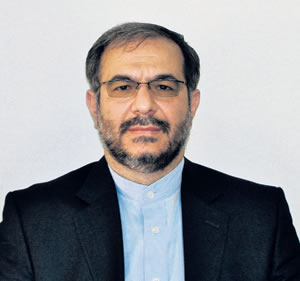 According to the sublime teachings of Islam, the God Almighty has created all humans equal, and only by having divine virtue and human perfection, can they have superiority over each other. Based on the divine religion of Islam, race, ethnicity etc. are not the basis for superiority. Thus, discriminative perception cannot be effective in the current laws, bylaws and policies of the Islamic Republic of Iran, which are based on Islamic Sharia; similarly, you cannot find any kind of discrimination among different groups or individuals in any part of our laws (either in our Constitution or related laws).

In this regard, the Holy Koran says, "God forbids you not, with regard to those who fight you not for (your) Faith nor drive you out of your homes, from dealing kindly and justly with them: for God loveth those who are just." (AlMumtahina Verse: 8) The Iranian society is a good and successful example of friendly and brotherly coexistence among different religious and ethnic groups. One of the most important principles of the government is to further promote and strengthen such favourable conditions and, in this regard, various measures have been adopted.