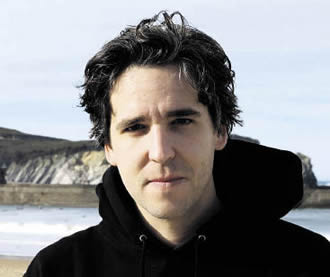 AS WE’RE driving to the venue Matti is telling me that Finnish punk rock pioneers Problems? are playing also tonight, so almost for sure no one will stay to watch us play. We are playing last in a four-band concert in the Conscientious Objectors Association (AKL). It is my first concert with Lifeline Lost, my first concert in more than 3 years and my first concert ever in Finland, so even if no one stayed to see us, I was still pretty nervous. Adding to this, my girlfriend Tiia can’t make it cause she is sick in bed and most of my friends all have plans for tonight (or suspiciously don’t answer my messages); so all signs pointed to a complete first-concert fiasco.

When I first moved to Finland in 2010 as part of a training programme organised by the Basque Government, one of the saddest things I had to do was quit my band. We had been playing together for over 5 years, recorded a couple of cd’s, played as many concerts as we could and most important, had a great time.

It was time to move on, so I comforted myself thinking that in Finland there was a great musical culture and many bands to start playing with. Two facts about searching for a band in Finland are, that 90% of the ads are for heavy metal bands, and that there are a large number of highly skilled musicians, or at least better skilled than me.

So while searching through a sea of metal bands I came upon a punk rock band by the name of Lifeline Lost that were searching for a singer. My singing skills are even worse than my guitar skills, but it was the only punk rock band that I found that were searching for a band member, so I gave it a try. They didn’t get me. They told me I was better than the 10 before me, so at least I had a happy train-ride back home.

My intentions were to stay in Finland, as I enjoyed the way of life and the easiness of moving around the city. I come from a small town in the North of Spain called Getxo, where you have everything at 10 min walk (shops, beach, doctor, parks...), so I felt comfortable in a small city like Helsinki. But due to my course, I was relocated to the complete opposite: 12-million-people London. Don’t get me wrong, I really liked London, but when my course ended I decided to move back to Helsinki and start my job search here.

Both in London and back in Helsinki I parked the idea of searching for a band, as I didn’t know my future plans and couldn’t commit when I was maybe leaving in a couple of months. But after going through the bureaucratic mayhem of getting residency without a job, falling in love with a Finnish girl (surprise), sleeping in five different apartments, taking any imaginable job and stopped questioning myself what the hell is partitiivi, I decided to stay in Finland.

Once I made up my mind, I resumed the band search and believe it or not, after 2 long years, Lifeline Lost was now searching for a guitar player. I studied their songs as if it was my last university exam, did two try-outs and this time they got me.

So there I was, sitting in the backstage with my tax-free Saku beer waiting for the concert to start as indifferent as if I was waiting for the bus to come. No friends or my girlfriend had come and the crowd will be now on its way to the Problems? concert. Boy was I wrong. The crowd did stay and it turned out to be the most authentic, sweaty, crazy, fun and loud punk rock concert I’ve ever played.