It's coming up to New Year, which means you might be interested in getting (back) into shape in the next few weeks. If you're a Zumba expert then Core might be the game for you, as this Kinect-only title is going to be kicking your arse from the first five minutes. If you've never donned a colourful leotard and shaken your booty to the strains of hip-hop influenced salsa before then go for the much more friendly Zumba Fitness Rush.

Core is very similar in looks to Fitness Rush. You get coaching from virtual presenters to help you get into the routines, and you'll be dancing in various reasonable-looking environments. But make no mistake, even on the easiest difficulty settings you're going to be discovering abs you didn't know existed and sweating buckets after the shortest, 20-minute workouts. I'm not exactly at the peak of my physical fitness but I've never done Zumba before, and the high-intensity routines with ever-changing choreography made me frustrated - but it also lost me a bunch of calories. 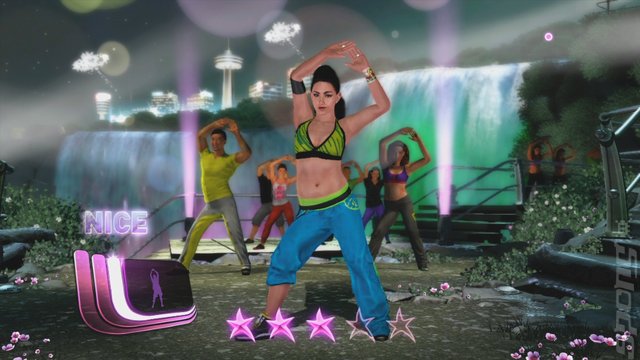 If you persevere you'll surely be fitter and slimmer than you were before you tried Zumba Fitness Core, but be prepared for some pain and intense learning curves if you're new to the hobby.