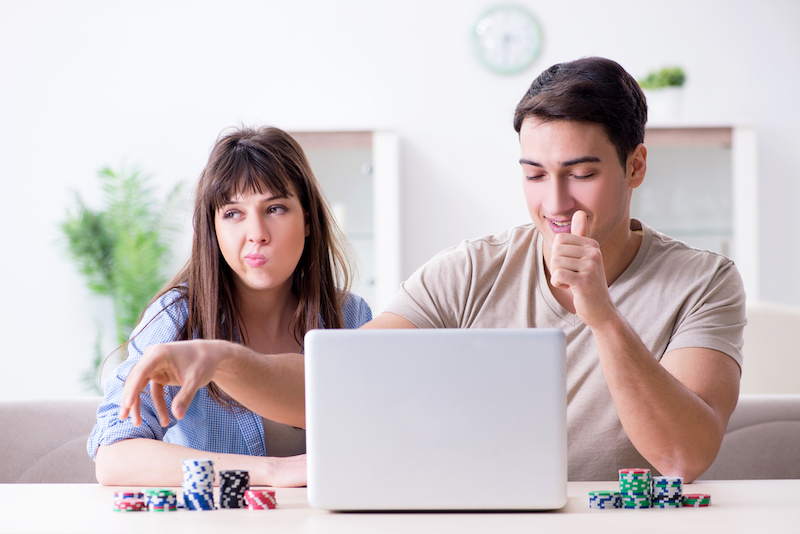 It’s no secret that the Nordic countries are among the most successful in the European gambling industry. Sweden especially - home to some of the biggest operators, game suppliers and payment providers - has been instrumental in pushing the iGaming market forward in several ways. However, in recent years, the Nordic listed company share prices have decreased notably.

For many years, online casinos and betting sites were trending upwards within Scandinavia. Just last year, the industry generated several billion euros. While Sweden made up a large portion of the revenue, the other Nordic countries have also been doing very well. Despite all of them being Scandinavian countries, however, the various markets look significantly different for the most part.

The Swedish market is still ahead in the European iGaming industry, and currently one of the biggest players.The country definitely excels when it comes to online gaming. Many of the current largest casino operators, suppliers and payment providers were all founded in Sweden, as they managed to adapt to market trends early on.

The listed companies in Sweden were trending upwards for a very long period of time, although this is something that has recently seen a shift. Companies such as Betsson, LeoVegas and Kindred Group have all decreased in value in the past year. There are many factors that play into the reason for this decline.

Spelinspektionen, the Swedish Gambling Authority, has introduced several new regulations which has resulted in a less attractive market for many gaming operators. This includes licensing fees, marketing restrictions, compliance fees and more.

Other Swedish listed companies, such as renowned game supplier Evolution Gaming, have instead seen an increase in the stock market. This is due to the fact that their games are available on multiple markets, and so the strict regulations don’t affect them the same way.

Not too far behind the Swedish iGaming market is Finland, another big player in the European market and Nordic iGaming industry. The Finnish people have spent on average over 2 billion euros on online gambling over the course of a year.

Adding to that, we’ve seen various trends among Finnish players. The term ‘no account casino’, has been heavily trending upwards in recent years. This reveals that players in Finland are looking for new and innovative ways to gamble online. Finnish casinos have also made the market more accessible to the Finnish people, resulting in a surge in business and the stock market.

The iGaming industry in Finland is also a big contributor when it comes to paying government taxes, which has led to more relaxed regulations, as it benefits the country and its people.

Unlike Sweden (which had a state monopoly on gambling until January 2019), Denmark dropped their state monopoly as early as 2010. This led to less restrictive regulations and allowed the iGaming market to grow and develop further.

The Danish iGaming market is more known for its sports betting, which currently makes up for the largest amount of revenue share. The introduction of mobile betting increased made iGaming more accessible and further pushed the growth of betting.

In 2019, sports betting revenue amounted to 340 million euros. In contrast, online casinos couldn’t quite keep up with betting, landing on a revenue share of 310 million euros during the same period.

Despite recent decline in the stock market, the listed companies in the iGaming industry are doing incredibly well.

Betsson AB has been in the gambling business for over 50 years, although the website Betsson was formed in 2001. They are one of the major listed companies in Sweden, with their headquarters currently located in Malta.

Betsson owns multiple successful brands on the Swedish casino market. Some of the many notable online casino brands by Betsson are Betsafe, Rizk, Guts, Thrills. They have also done well with some of their latest additions, such as Casino Winner and Jalla! Casino.

LeoVegas is another notable Swedish listed company, founded back in 2011 by Gustaf Hagman and Robin Ramm-Ercison. While the headquarters is located in Stockholm, the brand is owned by LeoVegas Gaming Limited, also based in Malta.

LeoVegas owns a range of renowned casino brands, and many Swedish players are familiar with GoGo Casino, and of course, LeoVegas casino. Finnish players are no strangers to their popular Live Casino brand.

Kindred first started out as Unibet, as early as 1997. It was founded by Anders Ström, a Swedish man living in the UK. Unibet was steadily growing and eventually became Kindred Group, before launching several new markets all over the world.

Kindred hosts some of the most popular brands on the casino market in the world, and some of the more notable ones include iGame, Maria Casino, Unibet, and the Swedish casino Storspelare, known as Storspiller in Norway, made with high-roller players in mind.

In conclusion, the Nordic iGaming market is still flourishing today, despite a few bumps in the road. A potential rise in share prices is expected for next year, although it may still be too soon to tell.