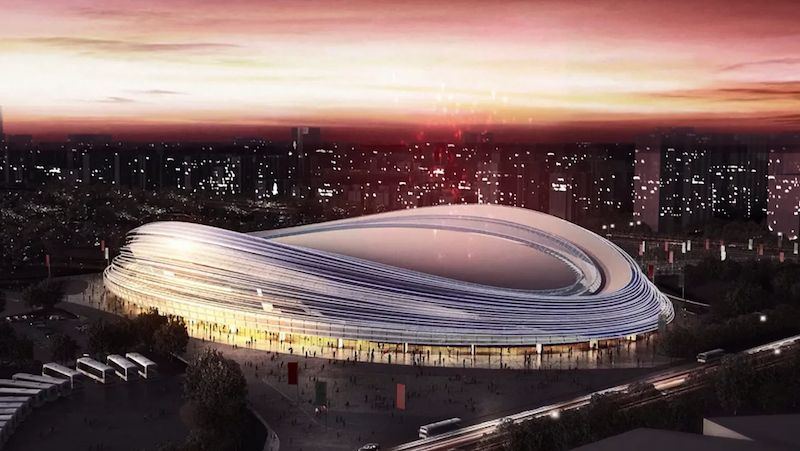 The competition venues are distributed in three different clusters (also called regions): Beijing, Yanqing and Zhangjiakou. Each region has its own athlete village, all of which will be re-planned after the Olympics.

The center of Beijing will mainly host ice sports. A total of 6 competition venues are located here, and the National Stadium will be used for the opening and closing ceremonies. The Athletes Village consists of 20 buildings, including approximately 2,300 beds, which will be converted into public housing after the Olympics.

Although speed skating rinks and large sky ramps were newly added, most of the venues were converted from the 2008 Summer Olympics in the city. 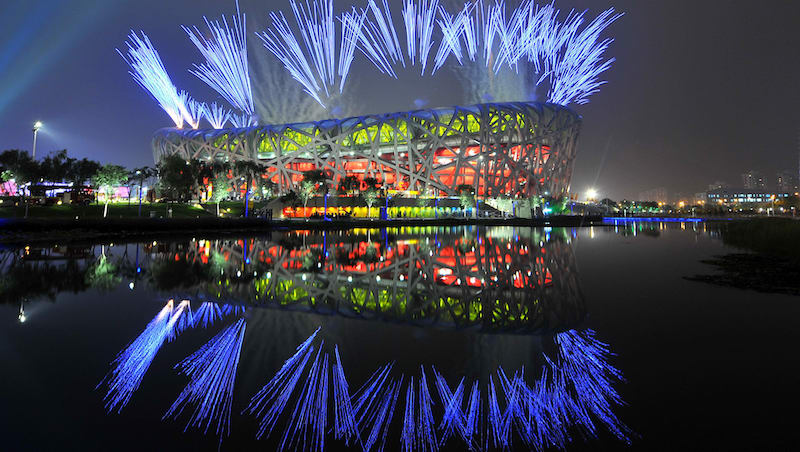 The Capital Indoor Stadium can accommodate more than 17,000 people and will allocate time between figure skating and short track events. The stadium was built more than 50 years ago and was the venue of the 1971 US-China "Ping Pong Diplomacy" competition. After renovation before the 2008 Olympic Games, the Olympic volleyball competition was held that year. 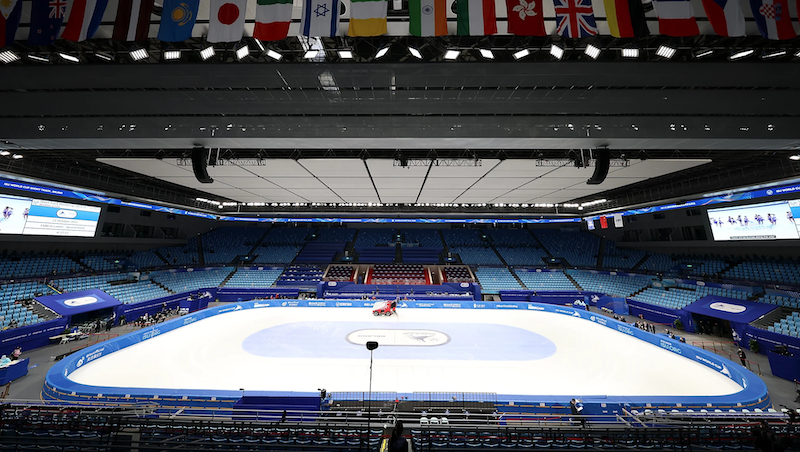 The only new arena built on the site of the 2008 Olympic Park is the National Speed ​​Skating Stadium. It is located on the site of the original hockey field and archery field. There are 22 ribbon-shaped light belts flowing around the outside, so it has the nickname "Ice Belt". It will host speed skating competitions during the Winter Olympics, and then finally open to the public for public use. 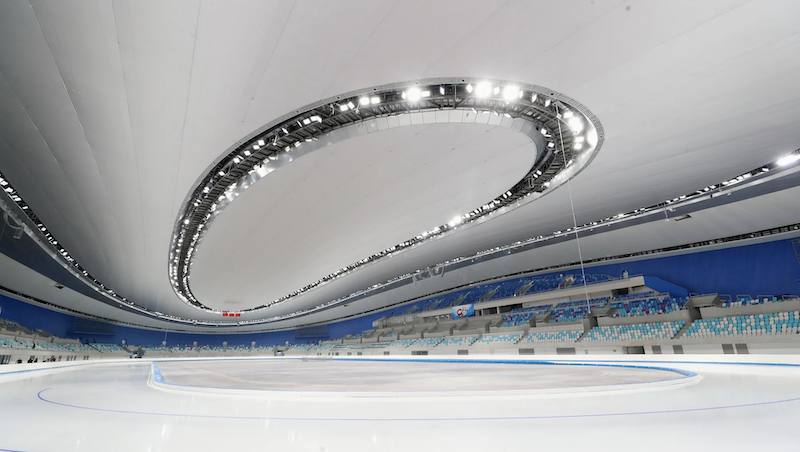 The world's first permanent large-scale aerial venue was built on the site of a former steel plant, and it is destined to become one of the most iconic venues for this Winter Olympics. At night, colorful lights illuminate both sides of the ramp, and four industrial cooling towers provide a unique backdrop.

The venue is located on the outskirts of the city, less than 15 miles west of the center of Beijing. It will host the Olympic premiere of Free Ski Air and the second Snowboard Air. Big air will be the only snowboarding and free skiing activity not held in Yunding Snow Park, and it will also be the only snowboarding activity held in the Beijing cluster. 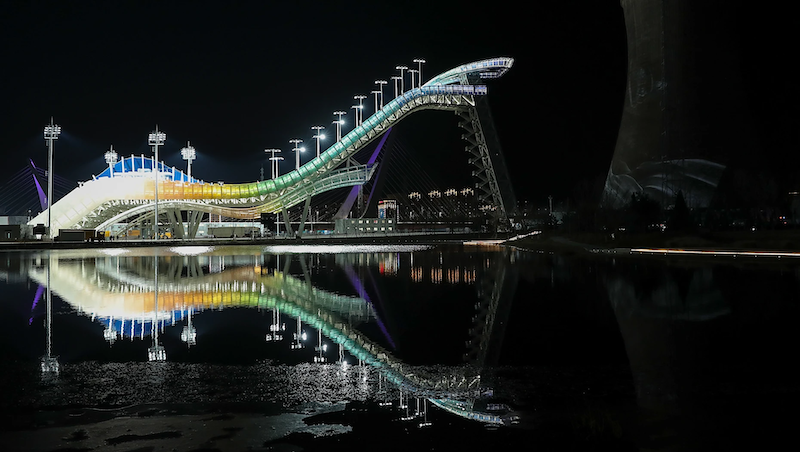 The National Aquatics Center, nicknamed "Ice Cube" for its unique appearance design resembles blisters, is another heritage building of the 2008 Olympic Games. The most famous is the venue where Michael Phelps won a record of eight gold medals. The venue was once nicknamed the "Water Cube", and after being transformed into the 2022 Winter Olympics curling competition. 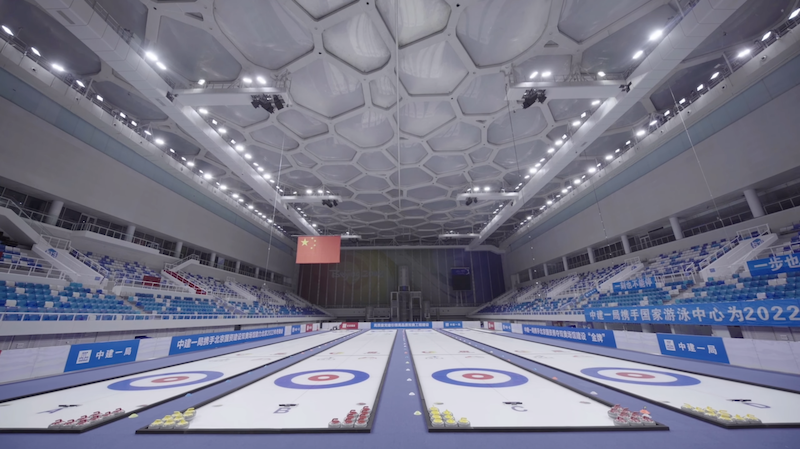 This newly built site has seven different courses and a vertical drop of up to 3,000 feet and will host alpine skiing events. Due to the small amount of natural snowfall in this area, it is expected that most of the stadium will be covered with artificial snow. The venue can accommodate about 8,500 spectators and has a maximum slope of 68 degrees. It is said to be one of the steepest courses in the world. 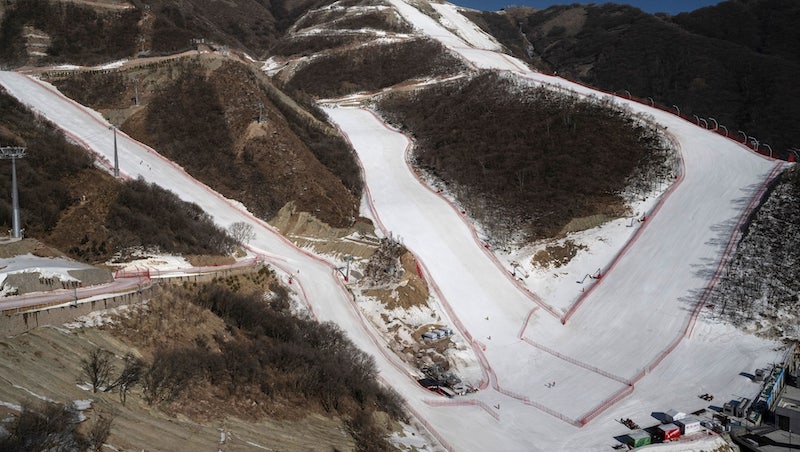 The stadium of the National Glide Center-which will host all three sliding sports-is designed to resemble the mythical Chinese dragon, with 16 turns, including a unique 360-degree turn. The race length of the track is about one mile. This is the first slide in China and will be used as a training venue and a venue for international competitions after the game. 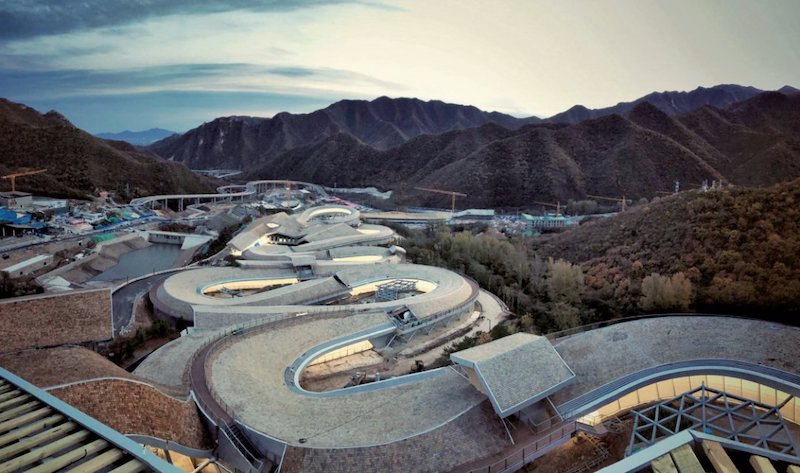 Another more distinctive venue that will be used for the Winter Olympics is ski jumping. The jump consists of ordinary hills (377 feet) and large hills (446 feet), and its design resembles a ruyi scepter-a traditional Chinese amulet with a curved shape that symbolizes auspiciousness-so it is nicknamed "Xue Ruyi." The area at the bottom of the platform can be used as a football field in summer. In addition to all ski jumping competitions, the ski jumping part of the Nordic joint project will also be held here. 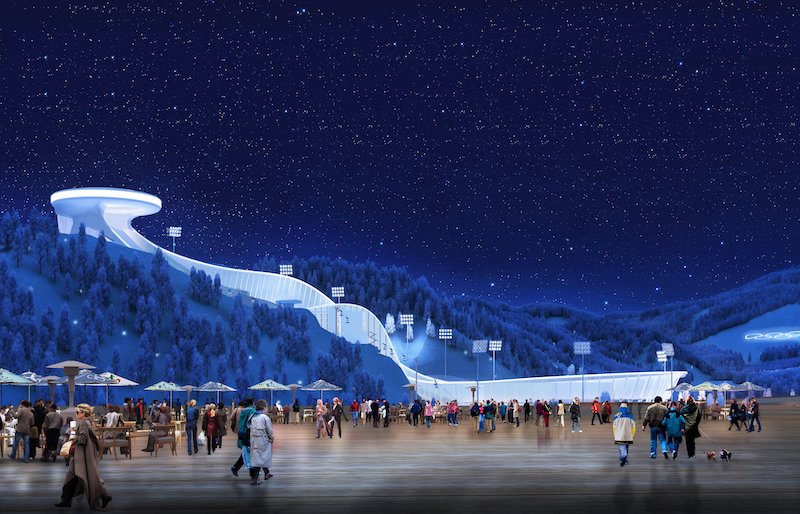 Except for the big air, which will be staged on the permanent slopes built in the city, all other snowboarding and freestyle skiing activities will be held in the mountains of Yunding Snow Park. The park is built in an existing ski resort, divided into different parts, with a total of six courses: halfpipe, slope, ski/snowboard crossing, parallel giant slalom, tycoon and aerial. Moguls and aerials are unique to freestyle skiing, while parallel giant slalom is unique to snowboarding.

The slope course is likely to have some unique elements. In a test event a few years ago, the designers announced a railway feature inspired by the Great Wall of China and pointed out that they hope to develop more features that fit the theme before the 2022 Winter Olympics. 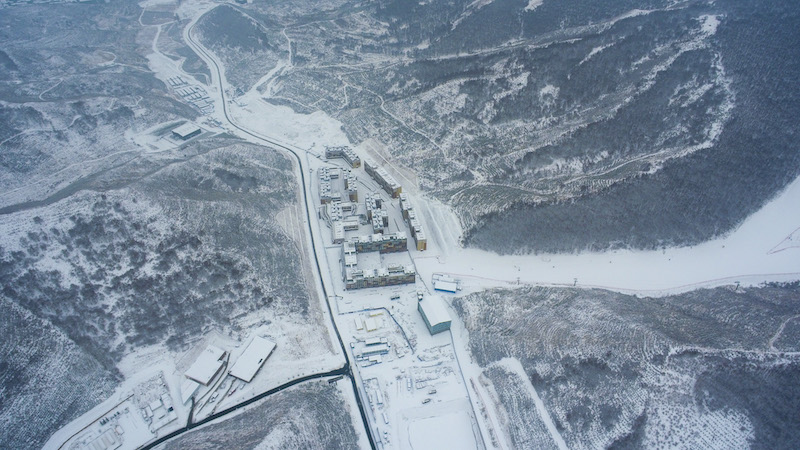 The hockey game, also important for the Finnish audience will be held at the Wukesong Sports Center and the National Indoor Stadium. Both arenas were originally built for the 2008 Olympic Games and are located in the Beijing area. The design of the National Stadium resembles traditional Chinese folding fans, hence the name "fan".

The National Biathlon Center and the National Cross-Country Center are other venues located in Zhangjiakou District. After the Olympics, the cross-country ski resort will become a park and outdoor ice and snow center.