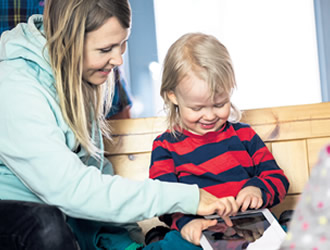 WHO DOES NOT remember the favourite cartoons of their childhood? While earlier generations watched beloved children’s programmes on television, nowadays they are on the Internet, smartphones and tablets.

Programmes aimed at pint-sized audiences in Finland saw internationally successful cartoons, such as those from Disney, paired with local productions like Tove Jansson’s books-turned animated series The Moomins. The rise of computing and media devices has taken down national barriers and given both cartoonists and viewers new ways of production and access. This has led to a new wave of Finnish cartoons and animated series such as Angry Birds Toons, Hullabalooba and Gigglebug.

A new wave of entertainment

It all started last spring, when Angry Birds Toons, a cartoon that chronicles the adventures of Red, Chuck and the rest of the Rovio-developed flock, was launched. The first animated shorts featuring the Angry Birds characters were made in 2011, but it was not until Toons that Angry Birds became a constant presence on television.

The main characteristic of each episode, which usually lasts less than three minutes, is that no dialogue is used. Like in many animated series of the mid-twentieth century such as Tom and Jerry and Wile E. Coyote and the Road Runner, the characters of Angry Birds Toons express themselves through simple vocalisations, facial expressions and sound effects. Children all around the world can understand these cartoons without translation.

As tablets, smartphones and computers become familiar tools for children, more and more apps, children’s programmes and cartoons are developed for such devices.

“At the moment, there is a good mix of classic old brands, remakes and new shows, says Anttu Harlin, producer of Gigglebug. “However, what’s really fascinating is how tablets, phones and touch screen have added to where and how kids and families watch and play with cartoons.” 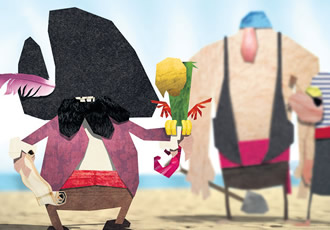 Even though Gigglebug’s development team has been using state of the art techniques, its goal is still that of the cartoon industry for over 60 years: to make the audience laugh. “The tiny bug Gigglebug is the hero of a brand new children’s programme based on positive thinking and contagious laughter,” says Harlin. “The series, which is also available as a game app, is aimed at children from age two to six, as well as their parents and everyone who likes to giggle.”

Laughs are also one of the main features of the pirate-themed Hullabalooba. “Hullabalooba is the pure slap stick entertaining saga of three pirates, two seagulls and a parrot set on the pirate ship Ms. Fortune,” explains Janne Kariniemi of Studio Outo, one of the minds behind the project. “The story, which can be enjoyed in various ways such as animated TV series, games, books and plush toys, is suited for both kids and childlike persons!”