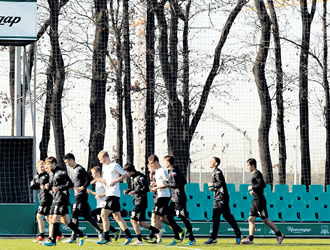 Sergey Galitskiy took less than two decades to build Magnit from scratch into Russia’s retail leader. With the wealth that’s brought him, the billionaire is training local kids to challenge the country’s soccer elite.

Galitskiy, 46, created FC Krasnodar in 2008 and since then has spent more than 180 million euros bringing the southern Russian team up to a level to compete with the likes of Spartak Moscow and Zenit St Petersburg. That’s a fraction of the amounts lavished on soccer by some Russian billionaires as Galitskiy seeks to bring through the region’s best young talent, rather than spending vast amounts on the sport’s big names.

“We aren’t seeking quick blast-offs, we want to develop gradually and get only what we deserve,” Galitskiy said in an interview at the state-of-the-art campus he built to raise a future generation of stars for his team. “We haven’t rushed to set up targets, either in business or in football. Our goal was to understand how to act and then to move gradually.”

If Galitskiy is able to repeat the success of Magnit, Europe’s soccer powers will need to take notice. Formed in 1994, the business has grown rapidly to become one of the world’s most profitable food retailers with a market value exceeding 22 billion euros. Without recourse to takeovers, Magnit now has 6,880 convenience stores, 152 hypermarkets and 677 cosmetics stores generating annual revenue of about 13 billion euros.

“Magnit avoided pricey acquisitions and built stores from scratch, which ultimately allowed it to become Russia’s largest retailer,” states Nikolay Kovalev, an analyst at VTB Capital. “With football, Galitskiy is trying the same – he doesn’t spend crazy dozen-million dollars to buy superstars. Instead, he invests in an infrastructure to breed his own ones.” 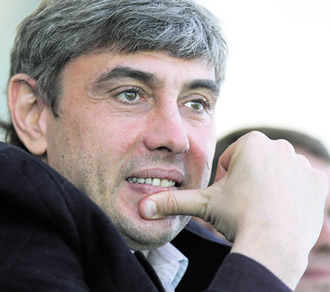 That investment starts with the academy. Built at a cost of 58 million euros, the facility is a modern coaching complex for kids who are chosen by coaches from more than 20 Galitskiy-sponsored soccer schools for 6- to 12-year-olds in the Krasnodar region.

Covering 49 acres, the academy includes 20 pitches, lecture halls, a swimming pool and a chess room offering children aged 12 to 17 the opportunity to learn both on and off the field.

“Success in football is impossible without a good school,” according to Galitskiy, who said his dream is to have the entire FC Krasnodar team made up of academy graduates.

The first batch of students to go through the full academy cycle will reach adult level in 2018. In the meantime, the Magnit founder has followed his business principles to form a team able to contend for a place in Europe’s elite competitions.