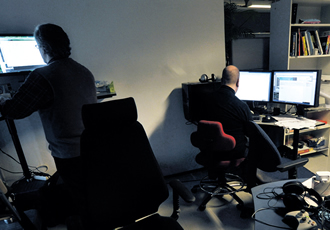 The latest chapter of the GTA series comes with big expectations, but also criticism.

MANY videogame players have been waiting for this autumn, as several much-anticipated titles will be released over the following weeks. The latest instalments in popular game franchises like Grand Theft Auto, Battlefield, Call of Duty and Assassin’s Creed come with high expectations and excellent ratings, but also with criticism due to the violence displayed.

Grand Theft Auto V, the latest chapter of the popular GTA series, is set in the fictional city of Los Santos, the virtual version of Los Angeles, and gives gamers the opportunity to explore and interact with the virtual world at their leisure. “That is what makes it popular,” explains Tommi Tossavinen, Planning Officer at the Finnish Centre for Media Education and Audiovisual Media (MEKU, Mediakasvatus- ja kuvaohjelmakeskus). “Gamers love GTA V, because it tells a compelling and mature story, while it gives them a huge world to live in. They can do pretty much whatever they want there.”

There seems nothing trivial about GTA V, an open virtual world where players have the freedom to interact with the surrounding environment in any way they want. However, the title has caused controversy for its large amount of violent and explicit content. “The game caters mostly to the adult male with hardened criminals, strip clubs and brutal violence,” Tossavinen says. 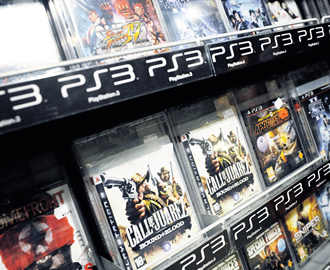 As videogames improve graphically, so does the violence shown, which appears more and more real. Examples of this are Battlefield 4, Call of Duty: Ghosts and Assassin’s Creed IV: Black Flag, which all have killings and battles as main features. In the first two games, gamers have to play through a storyline filled with explosions and gunfights, with a realistic first-person perspective.

Assassin’s Creed IV, on the other hand, is set in the era of the legendary pirate Blackbeard and puts players in the shoes of a member of the Assassin Order, a secret society that is a recurrent feature of the series. As the title suggests, the plot includes several assassination missions.

For Tero Virtala, Managing Director of the videogame company RedLynx, violence is not exclusively a videogame-related issue. “Some videogames do explore mature topics, similar to what happens with television shows like Breaking Bad or movies such as Django Unchained,” he explains.

“In addition, it is not only children who play videogames. There are generations of people who grew up playing videogames and who are now queuing up to play them as adults,” Virtala continues. Tossavinen agrees: “Videogames are not only for children, the average age of Finnish gamers is 37.”

Like movies, videogames are also developed for different target players and not only for children. Developers seem to care about the issue, as Virtala explains. “Game developers work closely with recognised rating agencies to ensure that parents and players can make informed decisions when purchasing games.”

In Europe, the Pan European Game Information (PEGI) rating system was established in 2003 to help consumers make informed decisions on buying games. Depending on the presence of various so-called descriptors like violence, bad language and drugs, a game is categorised as suitable for players above the ages of three, seven, twelve, sixteen or eighteen.

Despite all this, it is not unusual for young gamers not to follow the PEGI rating and purchase a videogame anyway. In some cases, it is even the parents who buy it, due to a lack of knowledge on the matter.