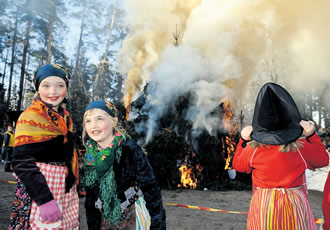 EASTER is around the corner, and Finns celebrate this festivity with a mixture of historically entrenched and contemporary traditions. Let’s take a look at them, so they don’t take you by surprise.

The Lutheran Church in Finland celebrates the Holy Week starting on Palm Sunday. Since palms don’t grow in the north, the blessing is done over willow twigs, which are also the only plants that flourish at this time of year.

The Holy Communion is celebrated on Maundy Thursday to commemorate the Last Supper. On Easter Sunday, the resurrection of Christ is celebrated and the “triumph of love and light over darkness” is proclaimed – conveniently timed, as the arrival of the spring brings longer days and shorter nights.

For the Orthodox Church, Easter is the most important festival of the year.

The magnitude of the celebrations during Easter week attracts Lutheran Finns and tourists in such large numbers that sometimes they outnumber the Orthodox attendees. Some parishes even have to provide tickets to their members to ensure there’s room for them at the service.

An ecumenical practice is the traditional Via Crucis, which is performed on Good Friday and tours all over Helsinki. 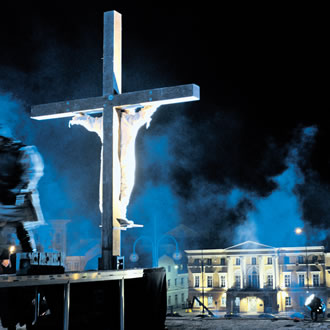 Back in the day, evil spirits and witches were believed to roam around the country, doing mischief on the Saturday before Easter.

Nowadays, Finnish children reinterpret this old belief by wearing old and oversized clothes and headscarves, painting freckles and rosy cheeks on their faces, and whisking birch twigs decorated with feathers and crepe paper. They will knock at your door, cast a good spell on you and kindly ask you to put some candy or money into a copper pot they carry around. In exchange, you’ll get one of their decorated twigs.

This tradition is performed on Palm Sunday by children from Orthodox families in Southeast Finland, and on Holy Saturday by kids from the Lutheran families of Western Finland.

Old-time witches and other evil-doers were not as cute and harmless as the children who dress up like them today. At least that’s what old Finns thought, which is why they used to ignite large bonfires to keep all the mischievous spirits at bay.

This tradition persists today, particularly in central and northern Ostrobothnia, even though the motivations behind it have changed. The bonfire ritual is nowadays an occasion for communities to gather together, while different organisations and associations use the occasion to raise funds for charitable causes. 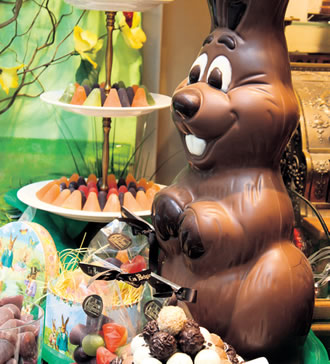 Mämmi (or memma in Swedish) is the traditional Finnish Easter desert. This dish is made by mixing water, rye flour, and powdered malted rye, seasoned with dark molasses, salt, and dried powdered Seville orange zest. Its origins can be traced to the 16th century, but some scholars believe it originates from medieval Germany or even from the Great Persian Empire. Whatever the case, mämmi is only eaten in Finland and Sweden.

Other desserts that have many admirers, particularly among kids, are chocolate eggs and bunnies.