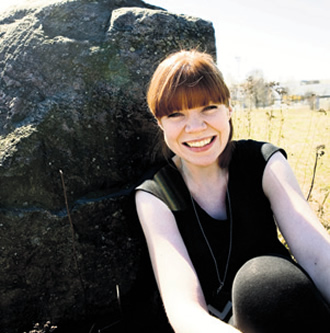 In an era of big-label mania and cheap mass-produced fashion, the clothing industry is in dire need of change. Will small businesses bring ethics back into the trade?

WITH garments costing the equivalent of two hours’ wages for a waitress, many of us have taken the habit of buying items that we don’t need, or, in the worst case, even use. Globalisation has enabled cheap mass production, which has changed the way we think about clothes: they have become disposable.

At the moment the biggest clothing manufacturer is China, but Bangladesh, India and Cambodia also produce a significant share of the clothes brought to the West. Although it is very difficult to calculate how much workers in clothing factories earn, it has been estimated that only around 0.5-5 per cent of the retail price goes to the workers’ wages.

Most social responsibility programs of clothing companies require that their workers should be paid at least the national minimum wage. However, in most countries the minimum wage has been set so low that it is often not sufficient even for the worker’s basic necessities. 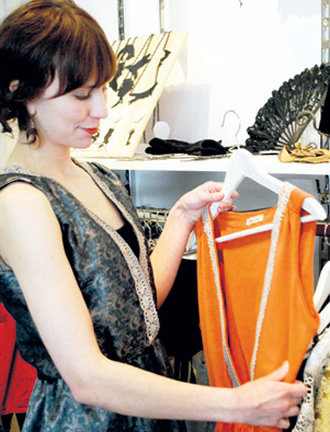 Every step in the garment’s life cycle, from the growing of the raw materials, to its eventual disposal, comes with a carbon footprint.

The science behind today’s clothing production provides a chilling read. Just to mention a few facts: the manufacturing of nylon releases nitrous oxide, a greenhouse gas 310 times more potent than CO2. The production of polyester, another synthetic, requires large amounts of water for cooling, along with lubricants that pose a potential source of biohazardous waste. Both also require large amounts of energy for their production.

Even natural fibres pose problems. Apart from taking up a large proportion of agricultural land, cotton is the most pesticide-intensive crop in the world – and thus considered also the dirtiest – causing injuries and deaths yearly, with the herbicide chemicals remaining in the fabric for the entire lifetime of the garment.

Coupled with intensive water and energy usage, bleaching, dyeing, and the treatments to make ‘crease resistant’ fabrics, add to the chemical hazards that some cheaply produced clothes are coupled with.

The descent of ethical fashion

Sometimes also called ecological clothing, this recent arrival in the fashion industry has enjoyed a clear increase in demand for ethically- and sustainably-produced garments. In Finland, the movement is still taking its first steps, and the niche is largely occupied by small businesses.

“I would love it if the clothes I made were passed down from mother to daughter. Clothes should not be as disposable as they’ve come to be,” says Netta Kervinen, 28, the owner of the one-woman-business Ainokainen, which she started up three years ago.

Raised in a family with strong ecological values and three older sisters who accumulated a heap of hand-me-downs for her use, Kervinen’s design is based on the use of recycled materials of all kinds.

“My aim is to find all the materials from nearby. And so far almost everything that I use is recycled,” she says, adding that problems may come along if she is looking for something in particular. Her collection includes unique pieces of clothing and jewellery, all handmade by herself. Most of the materials come from flea markets or are donated by people. This means that there may only be enough fabric for a single piece of clothing. “Sometimes there is enough material for several pieces,” Kervinen adds.

The manner in which the Ainokainen garments are produced differs greatly from its industrial equivalent. It is not the sewing that consumes most of her time, but rather the combination of finding the material and planning how to use it.

“I first look at what the fabric is like, then hand-cut the pieces to form a 3D model with them on a mannequin. This is much slower than industrial production, where the same cloth is used to make tens, or even hundreds of identical pieces of clothing,” she says.

“I like the idea of slow-fashion luxury. There’s little need to keep producing new collections all the time, when one could rather create variation with new colours and details,” she says. Instead of creating entirely new collections for the changing seasons, most of her designs stay the same; it is only the fabric that changes, depending on the treasures she comes across at the flea market.