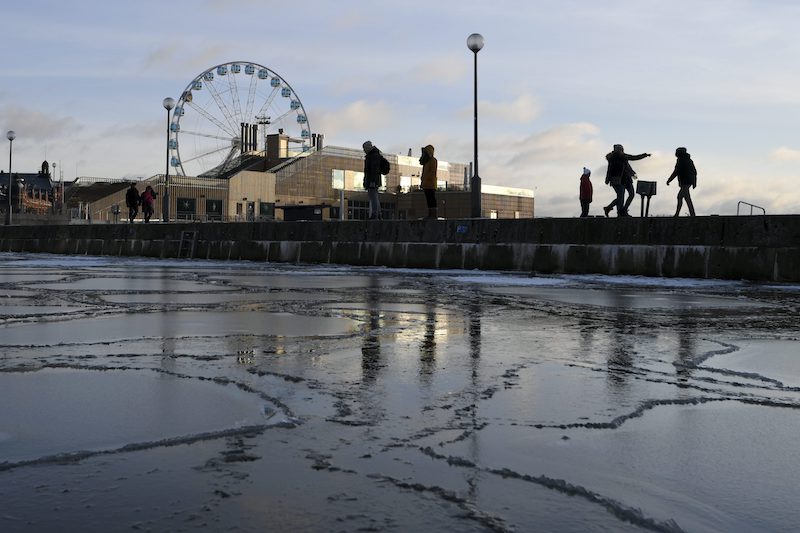 Helsinki has an extraordinarily well-functioning corporate environment, one of the world's most brilliant workforces, and strong R&D investment figures to show for it. It's also a safe, secure, and clean region with a high level of life and welfare. Helsinki is known for developing urban solutions in collaboration with corporations, research institutes, and residents. A characteristic feature of Helsinki is to develop solutions in cooperation with businesses, research institutions, and citizens.

Are you still wondering why the capital of the happiest country in the world is the place to be? Read below 6 reasons why you should invest in Helsinki and Finland.

Helsinki is one of Europe's most attractive investment destinations. The Financial Times' publication fDi Intelligence, awarded Helsinki, as well as the entire Helsinki Metropolitan Area, its class in Economic Potential. The Global Innovation Index 2020 ranked Finland first for the third year in a row when it comes to the business environment. According to detailed indicators, the index ranks 131 economies. After Silicon Valley, Frankfurt, Berlin, and Boston, Helsinki's real estate market is ranked fifth most dynamic in the world.

2. Infrastructure that is secure, reliable, and productive

Finland has a stable and predictable economic and political environment. Finland has held the title of the world's most stable country for nearly a decade, and is also the third least corrupt country in the world. Helsinki is unpredictable, but it is never surprising. There is a strong sense of community and inclusion in this community.

Helsinki's startup ecosystem has tripled in value since 2015, making it a formidable contender for major global hotspots in terms of VC investment growth and VC per capita. Finland also receives the greatest venture capital funding in Europe as a percentage of GDP. Unicorns such as Wolt, Supercell, and Aiven presently dominate the startup value, but lesser startups are quickly catching up. If you want to invest in more expensive businesses but lack the funds, you can visti a comparison site.

4. It serves as a crossroads between East and West

Helsinki serves as a hub for accessing other EU markets as well as the rest of the world. Finland's capital is strategically advantageous because it is part of the Nordic region, which borders Russia, is near to Baltic markets, and has 8-hour flights to both Beijing and New York. Frequent direct flights all over the world ensure that you stay in touch with each of your company's locations.

5. It's a family-friendly environment

Helsinki is the type of city that appeals to families. Everyday life is straightforward in this town. Helsinki is simple, compact, and secure. Kids may walk to school with their pals, and you can stroll home after dinner at a restaurant. Helsinki's public schools and daycare centers are among the best in the world. We in Helsinki believe that every child, regardless of their parents' wealth or connections, should be able to grow up to be the best version of themselves and that every adult should be able to balance work and family life,  rely on public healthcare, and live in a modern, well-functioning society. Helsinki was also designated the world's best city for families in 2020 after experts looked at 150 cities and 16 characteristics such as paid parental leave, high-quality education, healthcare, job rates, and general affordability.

Finland is consistently ranked as the happiest country in the world, and when cities are compared, Helsinki comes out on top. A haven in a world where one does not have to worry about the essential things of life and may live without anxiety, stress, or depression is a key component of happiness. Many characteristics of Finnish society, such as perceived safety, trust in the police and authorities, and a welfare state that reduces stress levels, contribute to a positive general environment in society.

So, after weighing all the data we've provided, you can decide whether Finland is the greatest location to invest in. It's worth a chance, as the statistics and prospects indicate huge potential.