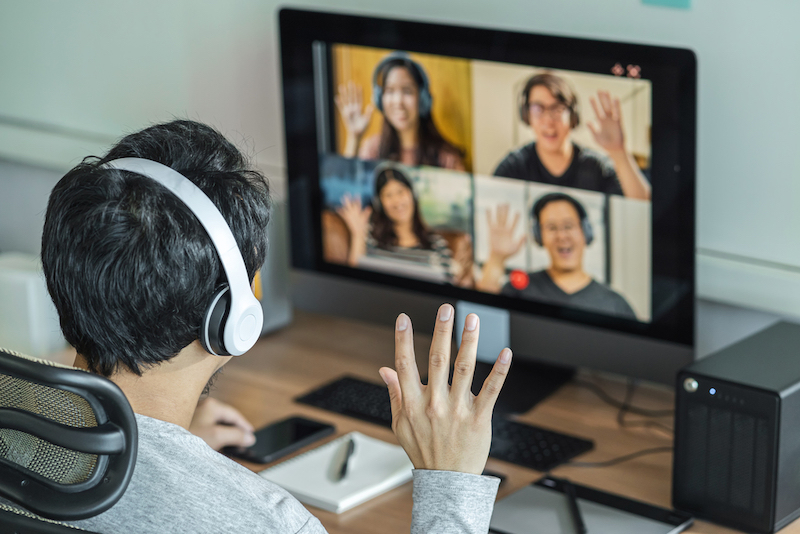 A lot has changed during the last 12 months. People are spending more time at home and the internet has evolved from being a luxury to a basic necessity of life due to the rise of remote working, distance learning and online grocery shopping.

As so many aspects of our lives have been affected and altered by the sudden shift to digital, it is fair to say that our perceptions of what is possible have changed with it.

The pandemic has opened eyes to what can be achieved when the offline systems that people were reliant on for decades effectively disappear overnight.

Fortunately, the pandemic came at a time when it was eminently possible to shift most professional and personal tasks and activities online. Had it occurred 20 years ago without superfast internet connections, cloud computing and the Internet of Things (IoT), there would not have been an infrastructure capable of supporting what effectively became a new way of life.

One of the biggest changes came at work, where people previously locked into nine-to-five jobs in the office moved to permanent remote working. In the United States, 42% of the labour force were working from home by June last year, and many of the changes that have come into effect could be permanent.

While it has eliminated long commutes and given employees in white-collar professions the chance to attain a better work and life balance, MIT executive director Elisabeth Reynolds believes the great challenge is finding a solution for the 60% of workers who can’t work from home.

However, the shift has certainly changed our perceptions of what can be achieved just by sitting at home in front of laptops and computers. Global consultant McKinsey & Company also believes the pandemic accelerated existing trends in technology, such as the rise in e-commerce and the use of automation and artificial intelligence (AI).

Work was not the only area where digital devices facilitated new connections. Zoom, the video conferencing platform, hosted 45bn minutes of webinars last year, but it was its ability to host personal birthday parties, quizzes and other traditionally offline leisure activities that changed people’s day-to-day life experiences.

Instead of venturing to a person’s house for a get-together, all people had to do was click on a simple invite via email and text and they could instantly join a party via a desktop, laptop or mobile device. This party could feature up to 100 people and the quality and reliability of the video and audio ensured a unique experience for all.

The pandemic has also seen pastimes that were once more popular in traditional, offline settings shift more heavily towards digital. But only with the closure of physical locations did the value of online solutions and services come to the fore. SuperSeven, a site founded by successful industry professionals, is aiming to take the digital experience to the next level with an automated and valuable reward system, among other perks.

The convenience of online is also a trend that has strengthened with movie-watching and online streaming. It did not seem possible just 18 months ago that viewers could watch a new blockbuster at home before it was shown at the cinema, but that became a reality in 2020.

Warner Bros recently announced that it would release its 2021 slate of movies, including the hotly anticipated The Matrix 4, Dune and Suicide Squad, on the HBO Max subscription service – on the very same day that these movies arrive in US cinemas.

While cinemas have now reopened in countries around the world, the changes brought on by the pandemic could see joint releases of new movies continuing in the long term, which would fundamentally change the entertainment industry.

Internet access is essential for a healthy and productive society, but the last year has highlighted how it can support so many of the things that we once thought were destined to remain forever offline.

With the arrival of new tech such as blockchain, 5G, augmented reality and quantum computing, even more will be possible online in the future. While not everything will be replaced wholesale and there is still value in offline experiences, the last 12 months has surely made more people re-evaluate their beliefs about the extent to which digital can supplement and enhance our lives.