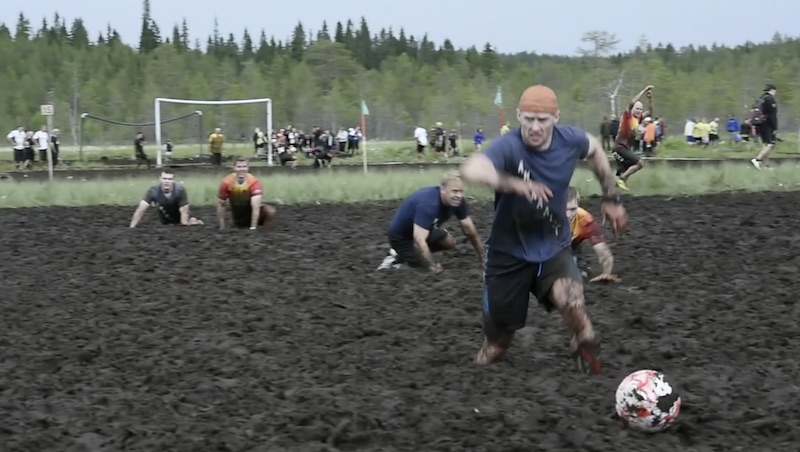 Players get covered in peat during the Swamp Soccer World Championships tournament in Hyrynsalmi, Finland on July 15, 2017 / screenshot from video / Lehtikuva

Finland is known for its long, cold winters, its beautiful landscape and its extensive welfare system. Furthermore, low corruption, high-levels of trust and an exemplary education system has led to what many now refer to as the roots of Finnish contentment.

It will come as no surprise that Finland has once again topped the UN's 2020 World Happiness Report. At this point, the shock will arrive once it does not feature at the top of the list. The UN World Happiness Report is based on a variety of factors, including autonomy, equality, life expectancy and mental health.

So despite the fact that the city of Las Vegas, and in particular, the Double Down Saloon, is known the world over as the happiest place on earth, the Finnish have more than a right to challenge that claim. And while no one can deny the thrills and frills of a night at the casino or at a magic show, the Finns have a trick or two up their own sleeve on the road to happiness!

It is clear that autonomy, equality and life expectancy are necessary for a society to function as happily as Finland's, but with so much time not wasted on worrying about the little things, what exactly do the Finnish people do for fun? They make up wired games and competitions. From Wife Carrying to Boot and Mobile Phone Throwing to Air Guitar competition, Finland is so proud of these wierdness, that the Finnish Post Office even published a stamp collection on this topic.

Well, let's take a look at a couple of examples of unique games that the Finnish play and find out!

Mölkky is the much loved Finnish lawn throwing game that was invented in 1996. It is the perfect game for families and/or friends to play together on a warm day during the Nordic summer. All you need to play is a throwing pin and twelve skittles, or target pins, numbered 1 through 12. In order to begin proceedings, the twelve skittles are arranged in a particular pattern, much like in pool or snooker, before players take turns throwing the wooden throwing pin, or Mölkky, in an underhand motion in an attempt to knock down the skittles.

The number of points scored correlates to the number, or combined number, written on the skittle, or skittles knocked. After each throw, the knocked pins are placed in an upright position in the exact location they were knocked over. A player is eliminated from the game if they fail to knock over any of the skittles three times in a row.

While the majority of the footballing world are doing their utmost to ensure that their players have the best possible pitch to play on, Finland has taken a slightly different approach!

The Finnish people have developed a unique way of playing the beautiful game. Just as the name suggests, Swamp Football, or Suopotikupalle in Finnish, is played on a swamp-like pitch. Naturally, the high levels of mud make this game extremely difficult and very tiring, resulting in low scores, as well as guaranteeing one or two moments of comedy gold! The game first arrived on the scene back in 1998 and its conception is said to have derived from a military training exercise.

In order to offset the extremely challenging conditions, the rules have been slightly altered in comparison to regulation football. The five-a-side game is played over two halves of ten minutes in leg swallowing mud. There are no restrictions to the number of substitutions each team can make, there is no offside rule, and all free kicks, penalty kicks, corner kicks and throw-ins must be kicked from the hands of the player.