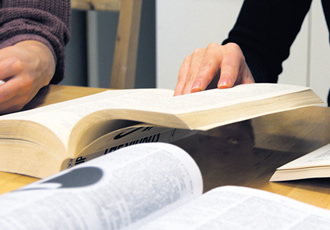 A doctoral thesis in education warns of the harmful effects of tertiary-level students being forced to balance work and study.

FINDING a balance between paid employment and study is often difficult for tertiary-level students. The more studies become prolonged through work commitments, the greater the risk of dropping out, claims recently-graduated Doctor of Philosophy (Education) Riitta Kalima. Kalima teaches at the Helsinki Metropolia University of Applied Sciences.

For working students at an advanced stage in their studies, it is typical that the dissertation and a few exams remain to be done. By that stage, they already have several years of employment behind them – in their own field in the luckiest cases.

“Students in technical and business fields in particular enter the workforce before graduation” – precisely the areas with the risk of prolonged study and eventual dropout is highest, says Kalima.

The lack of a diploma can become a problem later in one’s career, she adds. “Employers should provide more support for those employees who have yet to complete their studies.”

Almost all vocational high school students have paid employment at some point before graduation, and about half of them work throughout the entire duration of their studies. Although on-the-job experience can benefit one’s studies, Kalima says the major reason for simultaneous work and study is often economic. It is not possible to get by on study support, particularly in the capital region.

Universities of applied sciences and technical colleges could do more to accommodate working students, Kalima found, and would like to see the institutes offering more flexible study programmes and better study supervision.

According to statistics from 2008, about ten per cent of vocational high school students leave before graduation, about half of them within their first or second year of college. In such cases, the reason is often a change of institution of higher learning, or a change of mind as to one’s career path.

In her doctoral study, titled Prolonged Studies and Dropping out in Universities of Applied Sciences, Kalima focused on students who quit when they were already at an advanced stage. This group accounts for a third of students who drop out. The research covered around 200 students whose studies had taken significantly longer than the norm of four to five years.