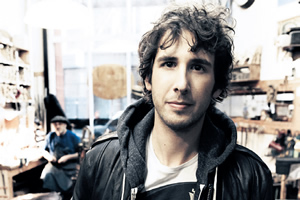 MAKING your debut in a big-budget Hollywood film is no mean feat, but for singer Josh Groban a small role in the recent release Crazy, Stupid, Love pales in comparison with the more than 24 million albums that he has sold throughout his career.

Receiving his big break in 1998, Groban performed a duet with Céline Dion for the Grammy Awards, filling in for Andrea Bocelli during rehearsal. From here, things snowballed for the young singer, culminating in his current position as one of the most successful singer-songwriters of the modern era.

His fifth album, Illuminations, was released last year, seeing him teaming up with producer Rick Rubin. With a musical style ranging from classical to pop, his latest effort sees him even tackling a song in Portuguese. Having embraced singing in different languages for previous releases, Groban this time teamed up with Lester Mendez and Carlinhos Brown to create Você Existe Em Mim.

Arriving in Helsinki on 25 September as a part of his Straight to You tour, Groban is also performing one concert in Tampere.