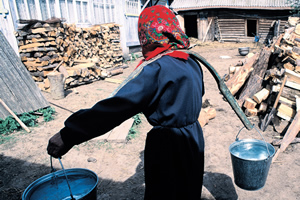 EXPLORING the Western world’s obsession with time and the relationship between “Mother Europe and her son America” living across the Atlantic, film director, photographer and author Rax Rinnekangas’s Face to Face is currently on display at the Amos Anderson Art Museum.

The exhibition by Rinnekangas explores the notion of America being made up of hordes of displaced European immigrants who have settled in a “Promised Land” that has been forcibly taken from its original owners.

Referring to the US as “The Good Bad Son”, Rinnekangas’ 50-minute film depicts a culture of the White Man that has not yet digested the horrors of its past, a fact that the artist attributes to its fascination with Doomsday. Furthermore, he observes the modern concept of time as manipulating man into a perpetual 24-hour spending spree.

Furthermore, with immigrants from Mother Europe acutely aware of the homelessness of their souls, Rinnekangas sees the US as attempting to cure such homelessness by turning domestic policy into foreign policy. The striking imagery in Face to Face consists of a series of people photographed from behind, connected by a dream-like narrative. 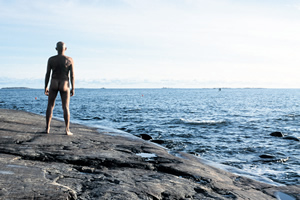