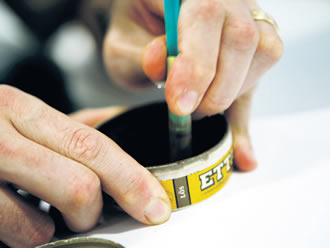 THE Use of snus in combination with smoking has become more common among young people, particularly boys, in the 2000s.

This information comes from the new School Health Promotion survey by the Finnish Institute for Health and Welfare (THL), the first to look at the dual use of cigarettes and snus on a national level in 2000-2013.

The study found that daily use of snus on its own is fairly rare among adolescents.

"Snus hasn't replaced smoking among young people but has provided an alternative product to use along with cigarettes," explains Hanna Ollila, a researcher from THL.

Use of cigarettes in combination with snus is particularly common among boys in vocational education, 15 per cent of whom occasionally used snus along with smoking daily over the last year.

Only 17 per cent of boys in vocational training only used cigarettes daily.

While use of snus or the combination of cigarettes and snus is still rare among girls, an upward trend in dual use can be seen among girls in vocational training.

There are also vast regional differences in snus usage among young people. The number of both male and female students smoking either daily or occasionally has been on the decline in all educational institutions in the 2000s.

However, the number of girls in vocational education smoking occasionally has not gone down.

A growing number of girls abstain from smoking, with three quarters of girls at secondary school saying they do not smoke at all.

Hanna Ollila says that more attention should be paid to the use of snus to protect adolescents from smoking-related health problems and to prevent them from developing addiction.