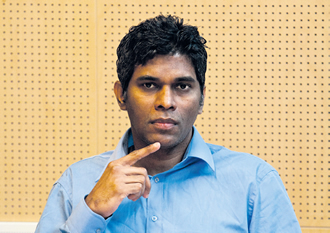 The Football Association of Finland were expecting the news of the arrest of Wilson Raj Perumal earlier this week, it having been notified of sightings of the notorious match-fixer prior to the arrest.

"We were told about the capture of Wilson Raj Perumal by police," told Sami Terävä, the communications manager at the Football Association. "Naturally, it's good that a man for whom an international arrest warrant has been issued was caught," he added.

Is the Football Association concerned about the motive for Perumal's visit to Finland?

"We assume he had a reason for his visit to Finland. We'd been notified of earlier sightings. We have done some monitoring, but I can't comment further at this point."

When were the sightings made?

"They're not terribly old. We were aware that sightings had been made. Police then informed us that he has been brought into custody."

The Football Association refused to comment on whether Perumal has approached people involved in Finnish football.

The association regularly conducts surveillance activities and exchanges information with other relevant parties to detect irregularities in betting patterns, which are generally reliable signs of possible attempts to fix matches. This year, no such alarming signs have surfaced in the leagues operated by the Football Association of Finland.

"I'm certain no one's under the illusion that [match-fixing attempts] do not occur both here and elsewhere. We have nothing to report on the most recent twist. We keep our eyes open all the time," Terävä stated.

Helsingin Sanomat last week reported that Perumal, who has been convicted of match-fixing in Finland, was nabbed in Helsinki in mid-April on an international arrest-warrant issued by Singaporean authorities. The 48-year-old Singaporean national is currently held in the Vantaa Prison pending the extradition determination.