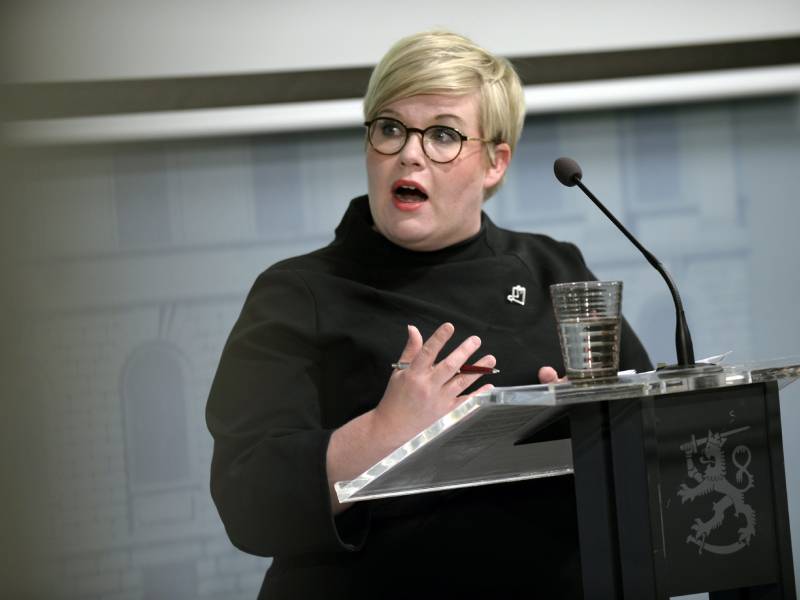 Minister of Finance Annika Saarikko (Centre) on Monday shed light on the strict terms and conditions to be imposed on the government’s loans to major energy companies struggling with liquidity due to rising collateral requirements. (Mikko Stig – Lehtikuva)

THE FINNISH GOVERNMENT is prepared to borrow an additional 10 billion euros this year to finance the emergency funding scheme it announced for electricity producers last weekend.

The Ministry of Finance on Monday pointed out that the effects of the scheme on central government debt remain unknown due to uncertainty over how many electricity producers will have no choice but to resort to the loans and guarantees offered under the scheme.

“It’s clear that in a situation as uncertain as this, where we don’t know whether companies will come to the state’s loan counter, it’s very unlikely that we’ll prepare to grant the full 10 billion euros in loans,” Teppo Koivisto, the director of finance at the State Treasury, was quoted saying by YLE.

Should the demand for the loans exceed expectations, though, central government debt could increase by as much as 18.9 billion euros in 2022.

Minister of Finance Annika Saarikko (Centre) stated that the funding should not be misconstrued as financial aid or subsidy.

“It’s a loan,” she emphasised. “Companies must pay it back in two years’ time. And the government would only lose money in the extreme circumstance where the company ends up permanently insolvent. Even then, similarly to a regular loan, a share of the company’s collaterals – such as power plants or electricity production – corresponding to the [loan] value would end up in the state’s possession.”

The emergency funding scheme enables the government to grant loans and guarantees to companies with an electricity production capacity of more than 100 megawatts that have exhausted all other financing options, that are deemed critical for the functioning of the electricity market and that are at risk of insolvency due to soaring collateral requirements.

The terms and conditions of the financing are tremendously strict to ensure it is used only as a last-resort option.

They will be granted on a case-by-case basis following an approval from the Ministry of Economic Affairs and Employment. The Ministry of Finance additionally retains the right to commission an external review of the risks associated with each loan.

The loan cannot be granted to a company that has or has had financial difficulties.

The borrower, in turn, will be prohibited from making dividend payouts or re-distributing their profits in other ways until the loan has been repaid. Offering bonuses, pay rises and other incentives to the management will similarly be prohibited between 2022 and 2023. The borrower must also invite the government to take up a one per cent stake through a free share issue or consent to a three-percentage-point increase in the interest rate.

“The loan terms are exceptionally strict,” confirmed Saarikko. “It’s a message from the government to companies that this is a last-resort form of assistance. You should first turn to your owners, such as municipalities in the public sector, and market-based financing solutions.”

The government introduced the emergency funding scheme due to the mounting collateral requirements faced by energy companies active in the electricity derivatives market. Collaterals can be demanded by customers as a form of guarantee of their future electricity supply as their value is equal to the difference of the price defined in the futures contract and current price.

Energy prices have soared in the wake of Russia’s invasion of Ukraine.

The Ministry of Economic Affairs and Employment has estimated that Finnish energy companies have roughly five billion euros in liquid assets tied up in collaterals. Most of the total is accounted for by Fortum.

With Russia announcing an indefinite shutdown of gas deliveries through Nord Stream 1, the crisis is expected to exacerbate. Dmitry Peskov, the Kremlin’s spokesperson, on Monday declared that a full resumption of the deliveries is “undoubtedly” contingent on the lifting of sanctions against Russia.