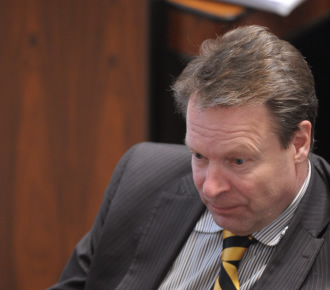 The two were found guilty of bribing politicians and of a variety of white-collar crimes. Merisalo received a six-year sentence, and Yli-Saunamäki three years and two months.

National Coalition Party Member of Parliament and former Minister of Foreign Affairs Ilkka Kanerva received a suspended sentence of three-and-a-half years for his part in the scandal. He was found guilty of violation of official duties and of accepting bribes.

It is still unclear whether Kanerva will or can sit out the rest of his term in Parliament, which runs until 2015.