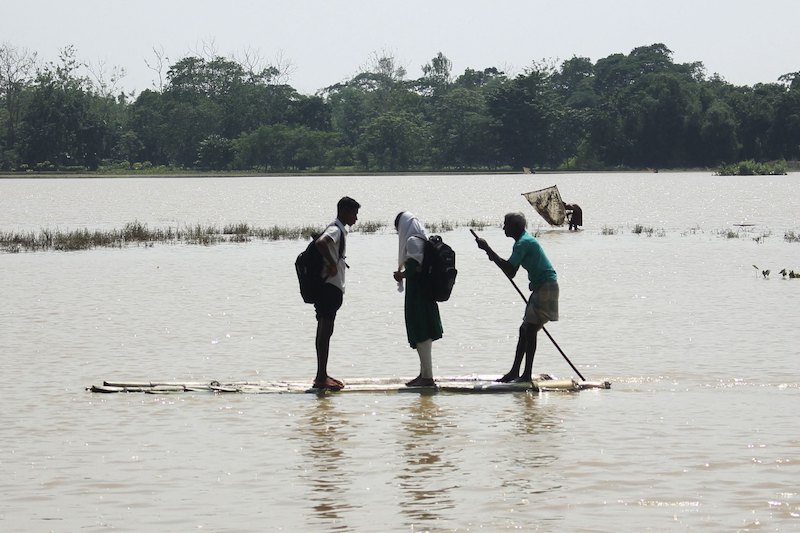 A man transports school students on a bamboo raft across a flooded area following heavy rains in Sylhet on May 24, 2022. - At least four million people have been affected by the worst floods in Bangladesh's northeast for nearly two decades, the United Nations said on May 23. LEHTIKUVA / AFP 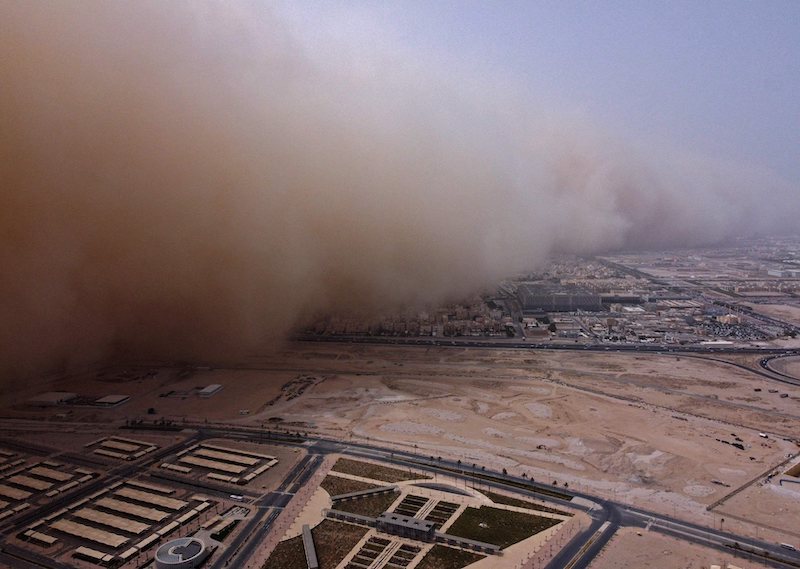 This picture taken on May 23, 2022 shows an aerial view of a massive dust storm advancing into Kuwait City above Kuwait University Campus. LEHTIKUVA / AFP 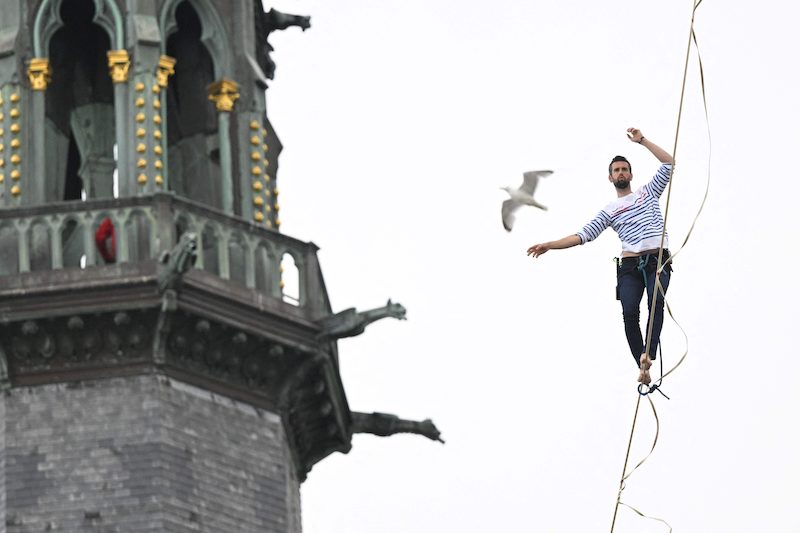 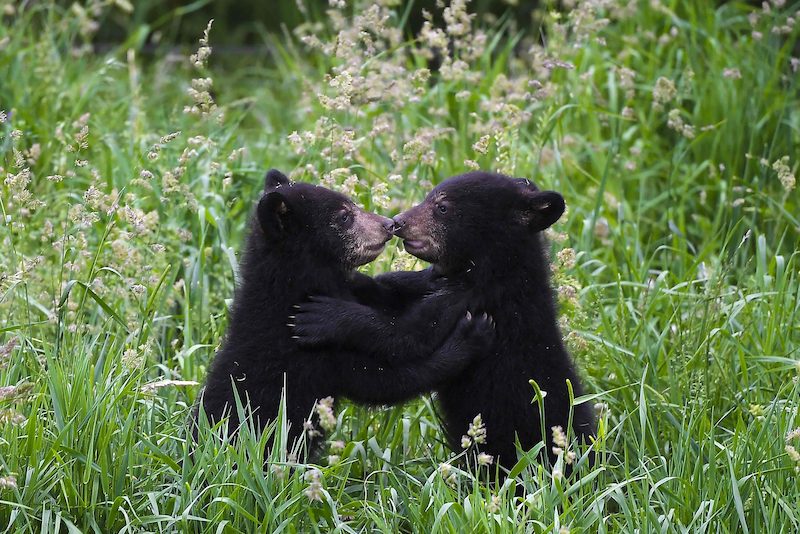 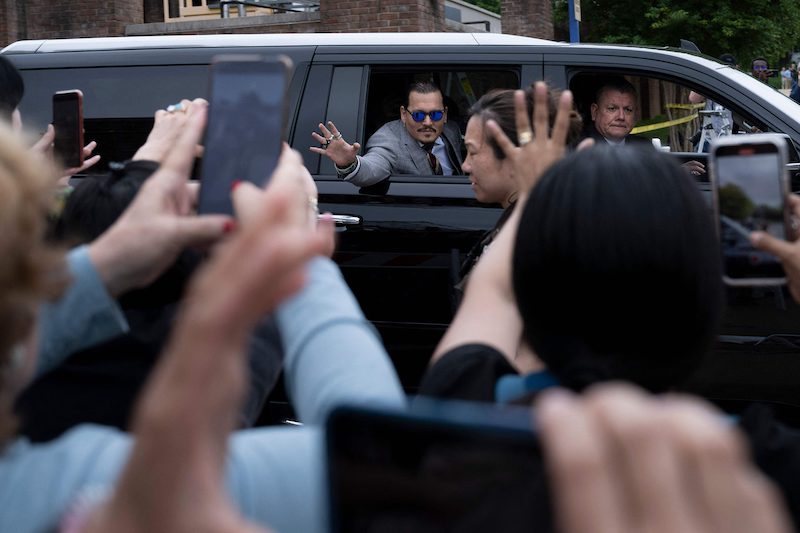 Actor Johnny Depp leaves for the day during the Depp vs Heard deformation trial at Fairfax County Court May 26, 2022, in Fairfax, Virginia. LEHTIKUVA / AFP 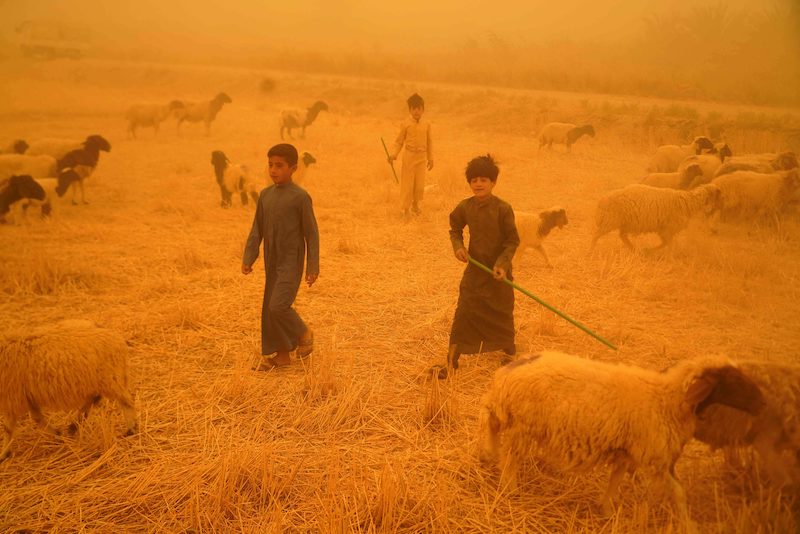 Bedouin shepherds whose animals were banned from entering the Najaf governorate due to the spread of the Crimean-Congo hemorragic fever, walk alongside their grazing flock in the al-Henniyah area outside of Najaf, on May 23, 2022, during a sandstorm sweeping the country. LEHTIKUVA / AFP 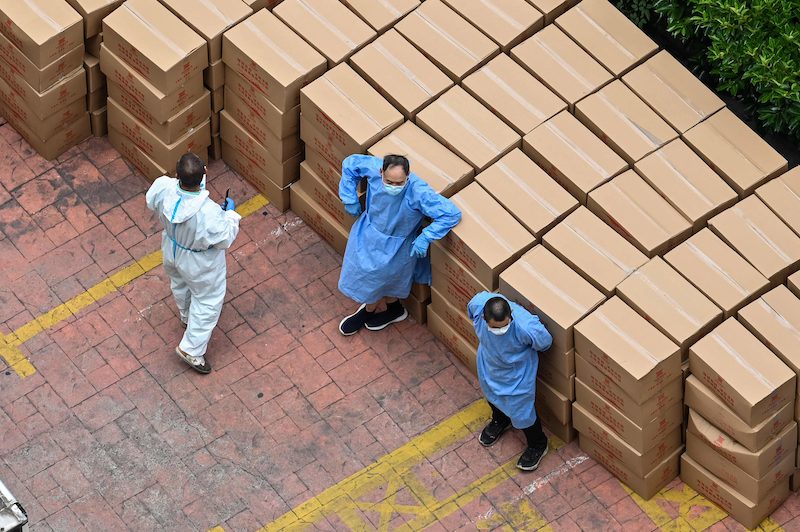 Workers, wearing protective gear, stand next to boxes to deliver in a neighborhood during a Covid-19 coronavirus lockdown in the Jing'an district, in Shanghai on May 25, 2022. LEHTIKUVA / AFP 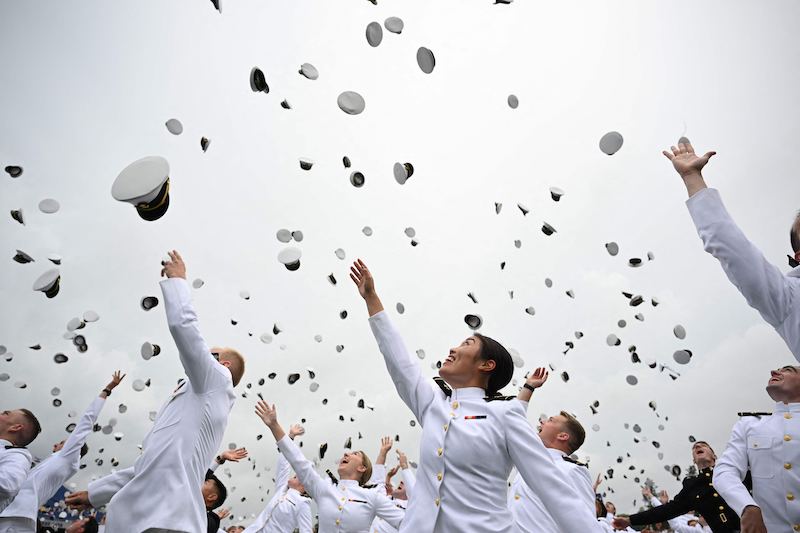 Graduates celebrate during US Naval Academy's Class of 2022 graduation and commissioning ceremony at Navy-Marine Corps Memorial Stadium in Annapolis, Maryland, on May 27, 2022. LEHTIKUVA / AFP 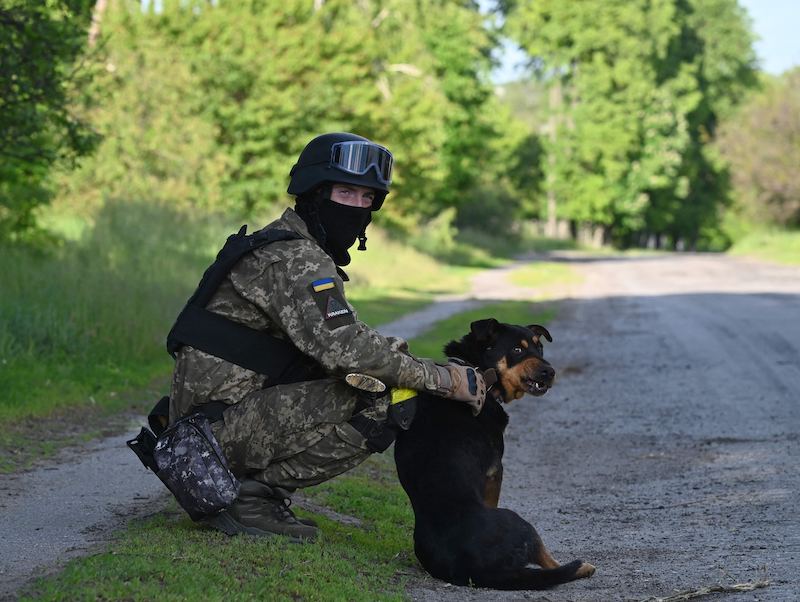 A Ukrainian serviceman pets a dog in the village of Rus'ka Lozova, north of Kharkiv, on May 28, 2022, amid Russian invasion of Ukraine. LEHTIKUVA / AFP 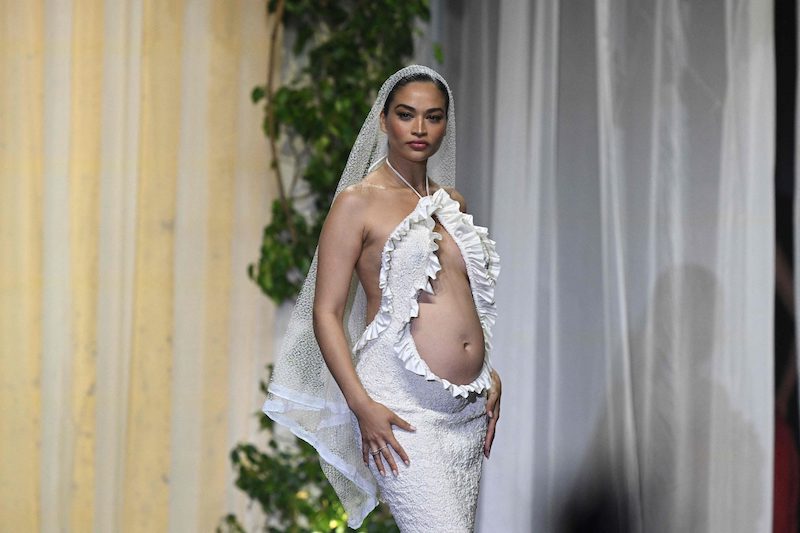 Australian model Shanina Shaik presents an outfit to be auctioned off on May 26, 2022 during the annual amfAR Cinema Against AIDS Cannes Gala at the Hotel du Cap-Eden-Roc in Cap d'Antibes, southern France, on the sidelines of the 75th Cannes Film Festival. LEHTIKUVA / AFP 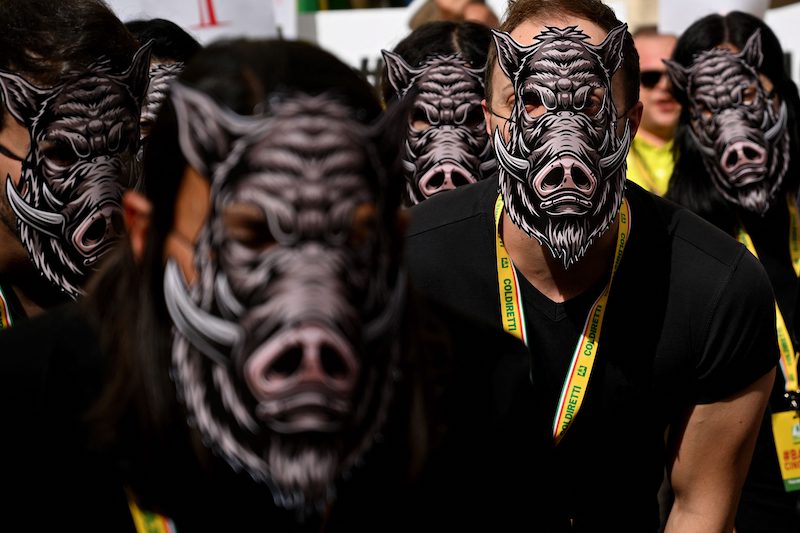 Members of the Coldiretti farmers' association, wearing masks of wild boars, protest against invasive wild boars as part of a national action on May 27, 2022 in downtown Rome. LEHTIKUVA / AFP 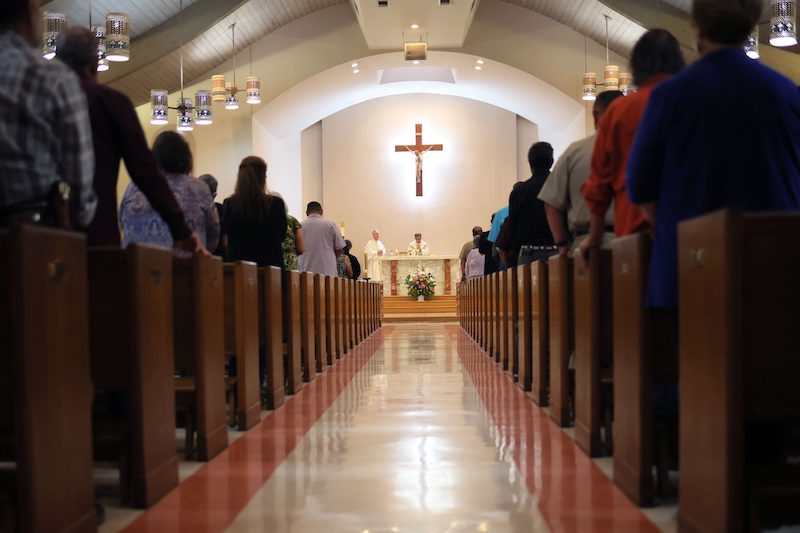 People attend morning mass at Sacred Heart Catholic Church on May 29, 2022 in Uvalde, Texas. 19 children and two adults were killed on May 24th during a mass shooting at Robb Elementary School after man entered the school through an unlocked door and barricaded himself in a classroom where the victims were located. LEHTIKUVA / Getty Images / AFP
Previous Next