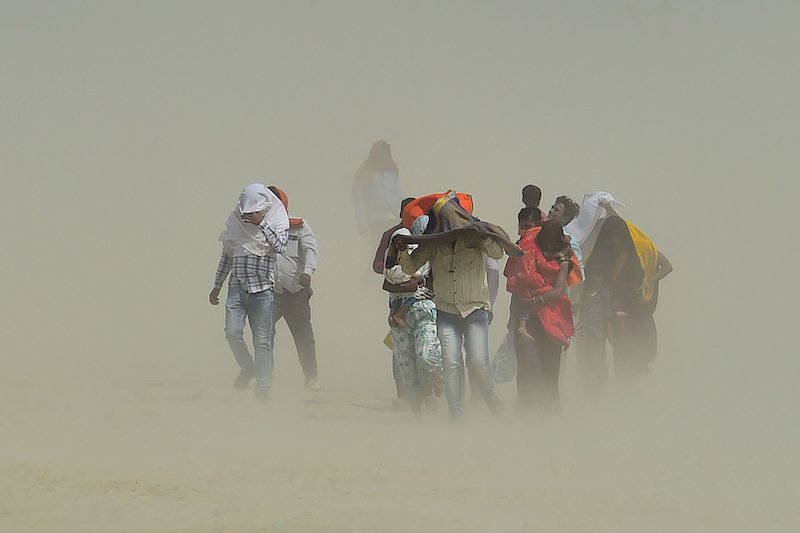 People walk through a sand storm at the Sangam, the confluence of the rivers Ganges, Yamuna and mythical Saraswati in Allahabad on April 19, 2022. LEHTIKUVA / AFP 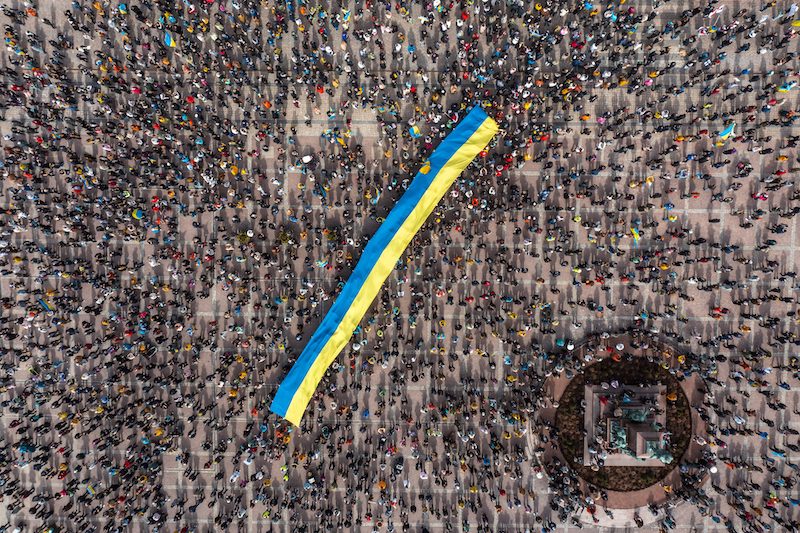 People participating in the Free Ukraine, Free World -demonstration holding a Ukraine flag at Senaatintori and the Tuomionkirkko stairs on the 18th of April 2022. 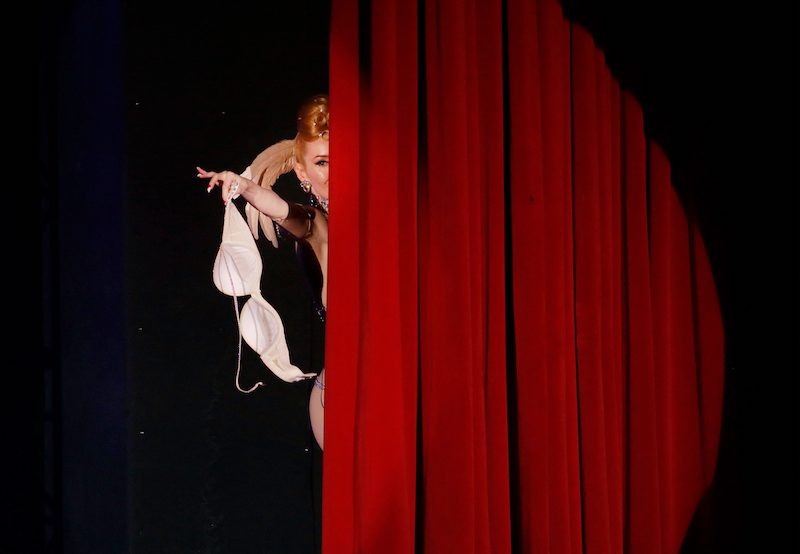 An aircraft flies above Iraq's southern city of Basra past the waning gibbous moon late on April 18, 2022. LEHTIKUVA / AFP 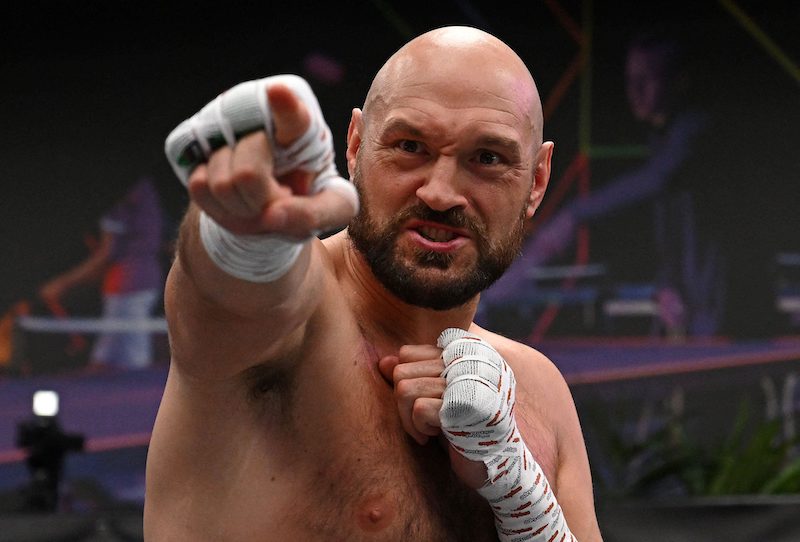 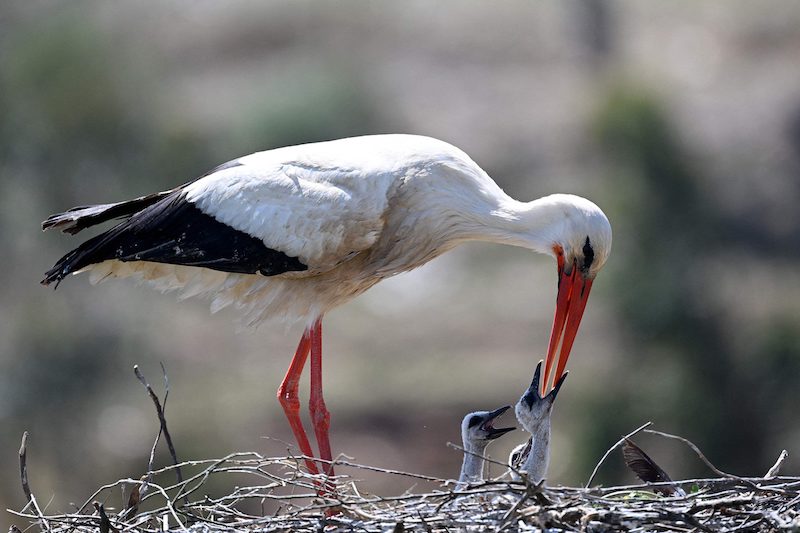 A stork feeds its babies in a nest near Monchique, Portugal on April 20, 2022. LEHTIKUVA / AFP

Kalle Rovanperä of Finland and his co-driver Jonne Halttunen of Finland steer their Toyota GR Yaris Rally during the shakedown of the Rally of Croatia, World Rally championship's third event of the season, on April 21, 2022 near Zagreb. LEHTIKUVA / AFP 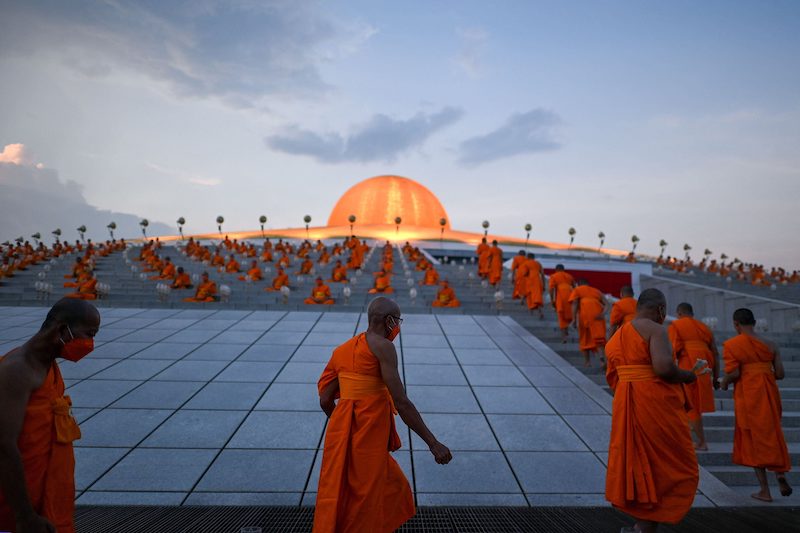 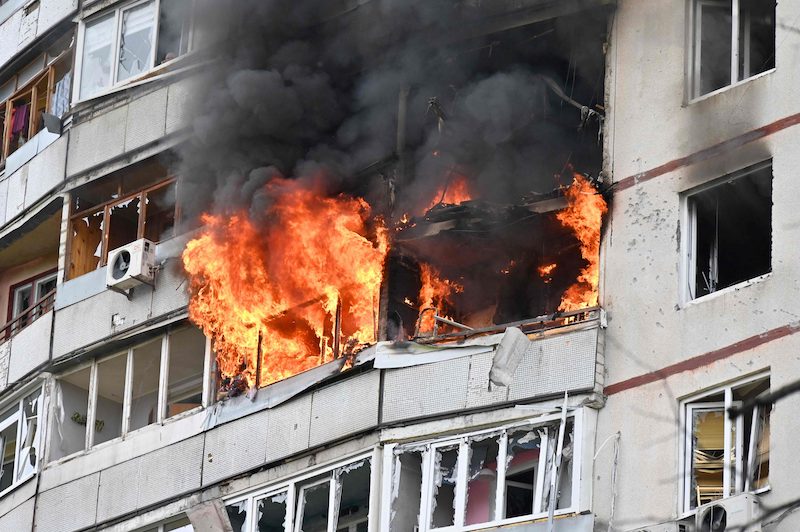 Flames come out of an appartement in a residential building of the northern outskirts of Kharkiv following shelling on April 22, 2022, as talks between Moscow and Kyiv to put an end to Russia's military campaign in Ukraine have "stalled", Russian Foreign Minister said. LEHTIKUVA / AFP 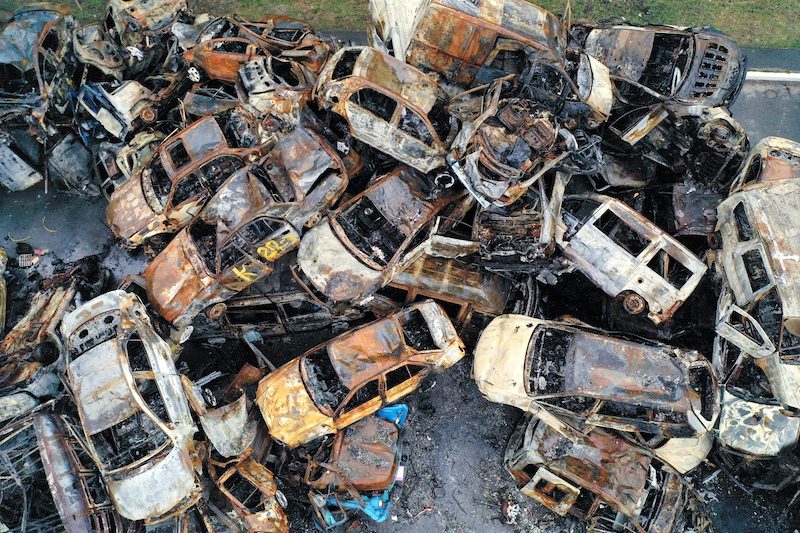 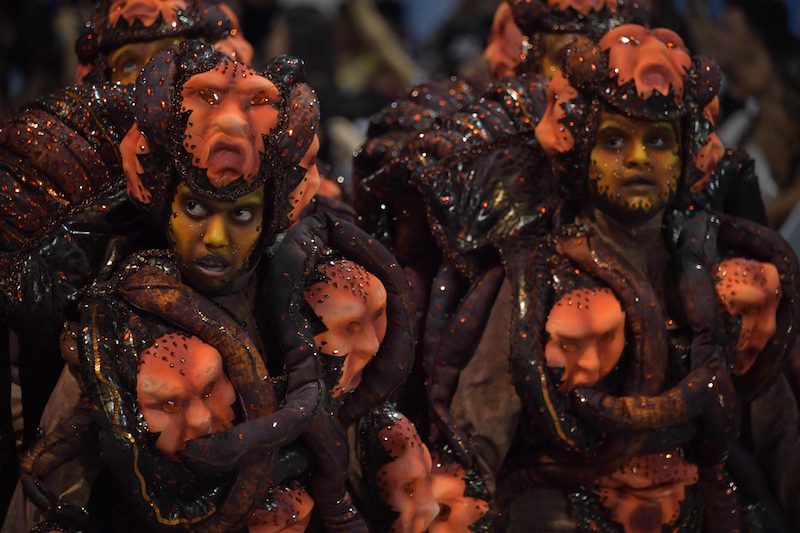 Revellers of the Gavioes da Fiel samba school perform during the second night of carnival at Sambadrome in Sao Paulo, Brazil, on April 24, 2022. LEHTIKUVA / AFP 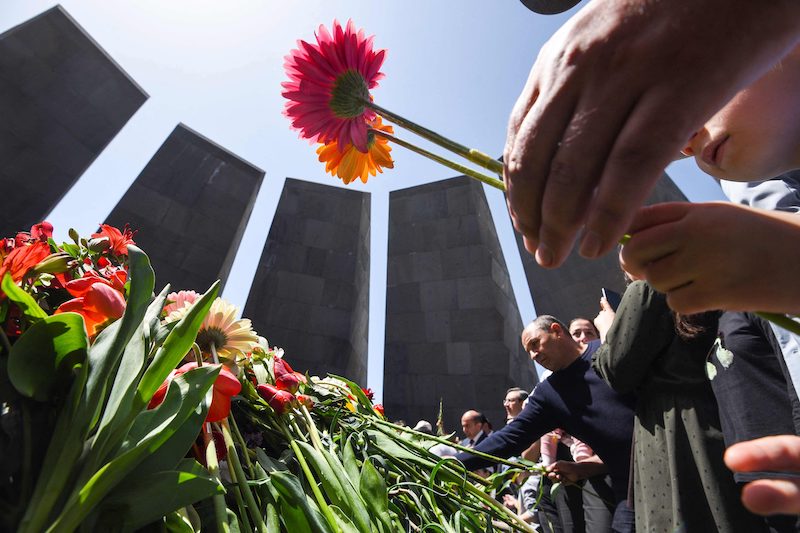 People lay flowers at the Tsitsernakaberd Memorial in Yerevan on April 24, 2022 as Armenians mark the 107th anniversary of WWI-era mass killings. LEHTIKUVA / AFP
Previous Next

These are the most eye-catching news images from this week, from all around the world.