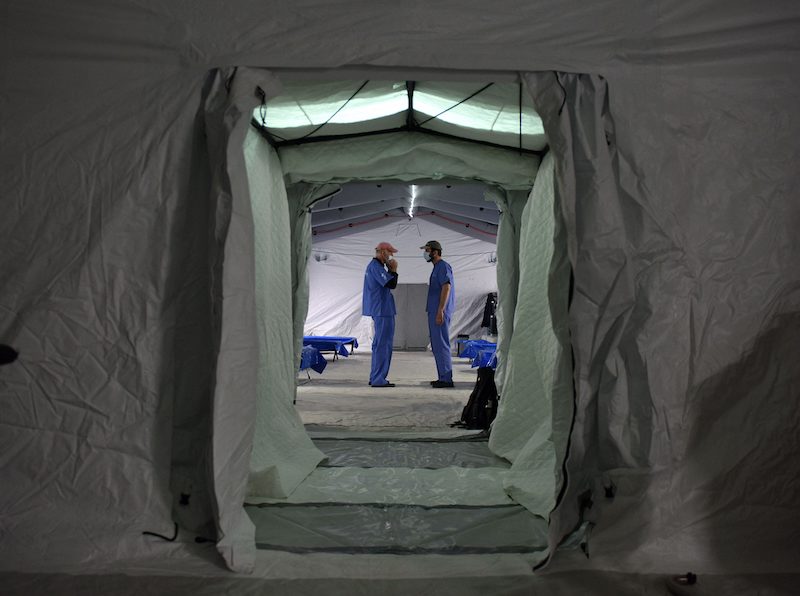 This picture shows a field hospital set up by medical staff with US evangelical Christian disaster relief NGO Samaritan's Purse at an underground parking lot of King Cross Leopolis shopping mall in the settlement of Sokilnyky near the western Ukrainian city of Lviv on March 14, 2022, amid the ongoing Russia's invasion of Ukraine. LEHTIKUVA / AFP 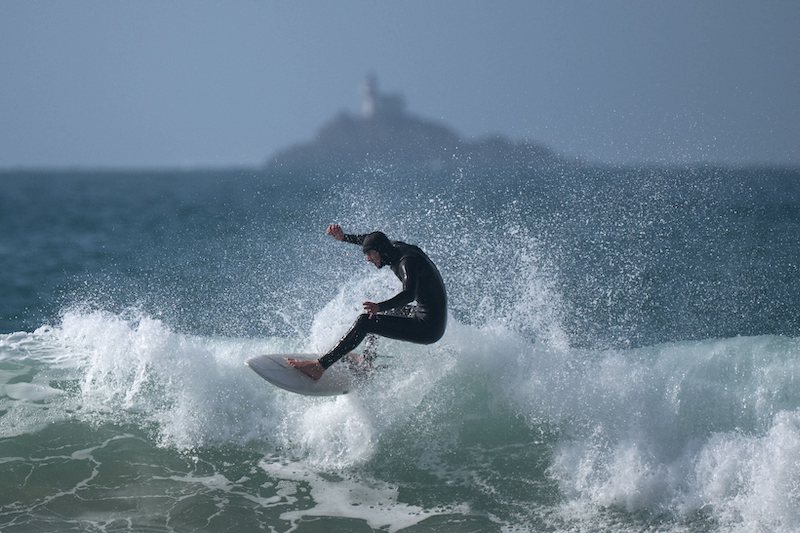 A man rides a wave of his surf board in front of the Phare de la Vieille lighthouse in Plogoff, western France on March 14, 2022. LEHTIKUVA / AFP 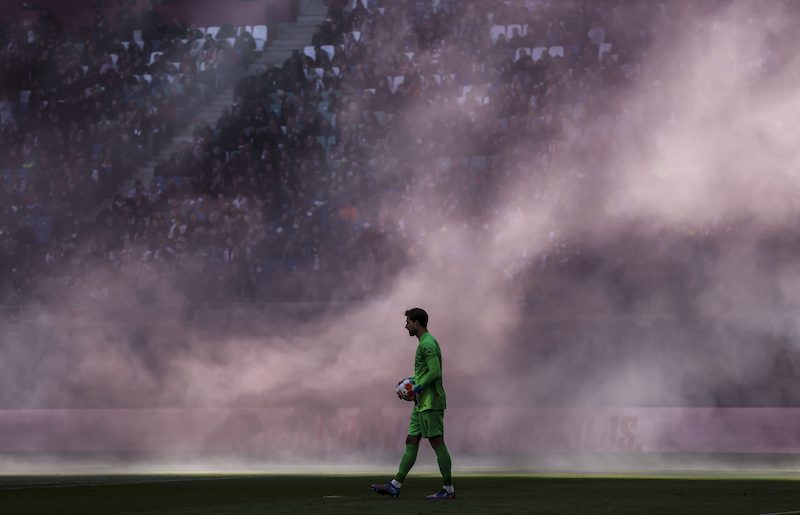 Eintracht Frankfurt's goalkeeper Kevin Trapp is seen amidst the fog during the German Bundesliga soccer match between RB Leipzig and Eintracht Frankfurt at the Red Bull Arena. Photo: Jan Woitas/dpa-Zentralbild/dpa 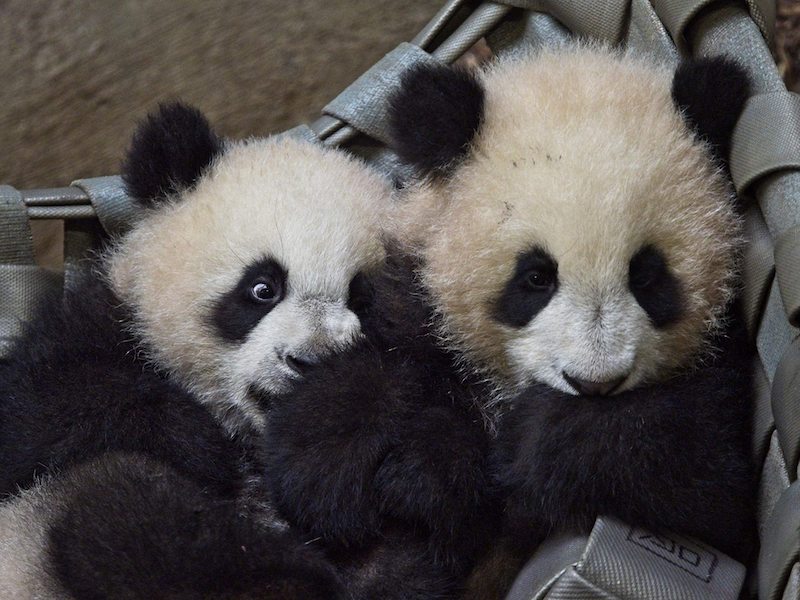 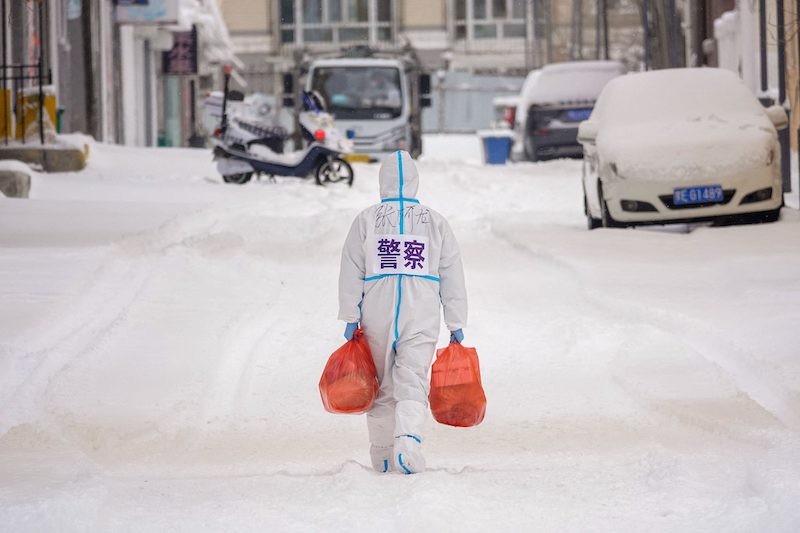 A police officer wearing personal protective equipment (PPE) carries food and daily supplies that will be distributed to residents at a restricted residental area due to the spread of the Covid-19 coronavirus in Manzhouli in China's northern Inner Mongolia region on March 15, 2022. (Photo by AFP) / - LEHTIKUVA / AFP 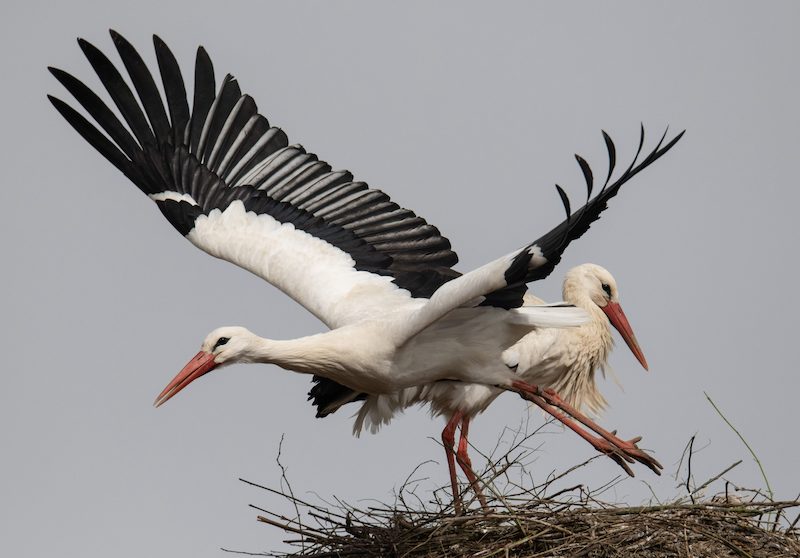 A stork flies from its nest in the Hessian Ried near Biebesheim. A large colony of the imposing migratory birds has lived here for years. 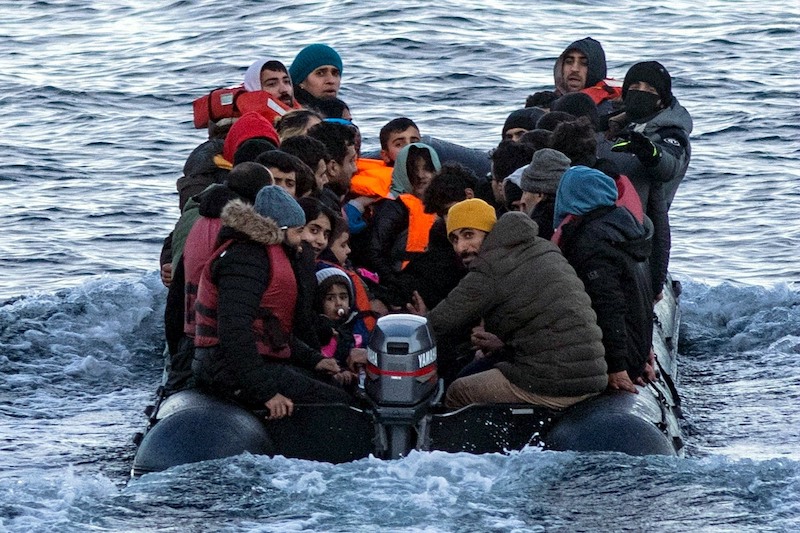 Migrants wearing life jackets sit in a dinghy as they illegally cross the English Channel from France to Britain on March 15, 2022. LEHTIKUVA / AFP 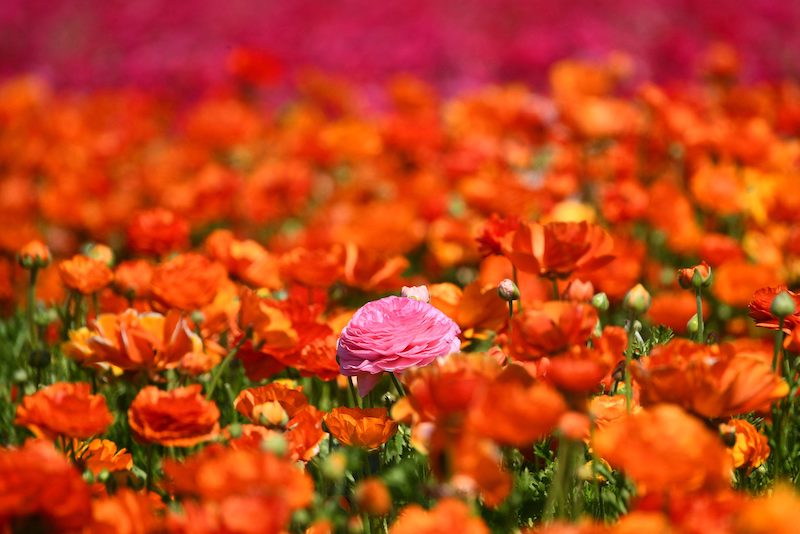 Ranunculus flowers are seen in The Flower Fields at Carlsbad Ranch on March 16, 2022 in Carlsbad, California. LEHTIKUVA / AFP 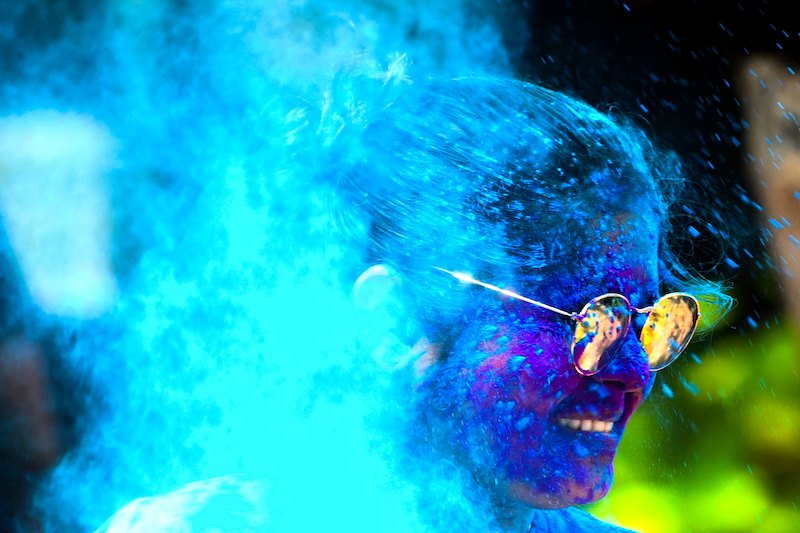 A reveler smeared in colored powder celebrates the Hindu spring festival of Holy in Mumbai on March 18, 2022. LEHTIKUVA / AFP 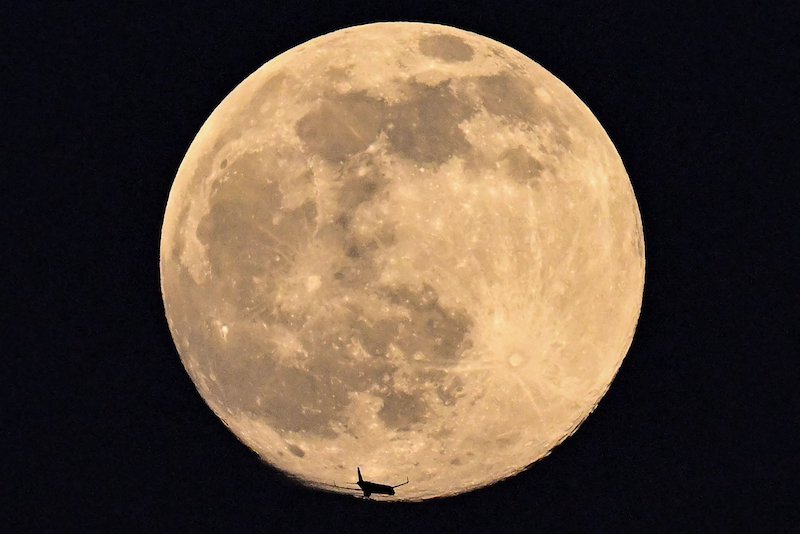 A plane is silhouetted against full moon also known as Worm moon in Moscow on March 17, 2022. (Photo by AFP) - LEHTIKUVA / AFP 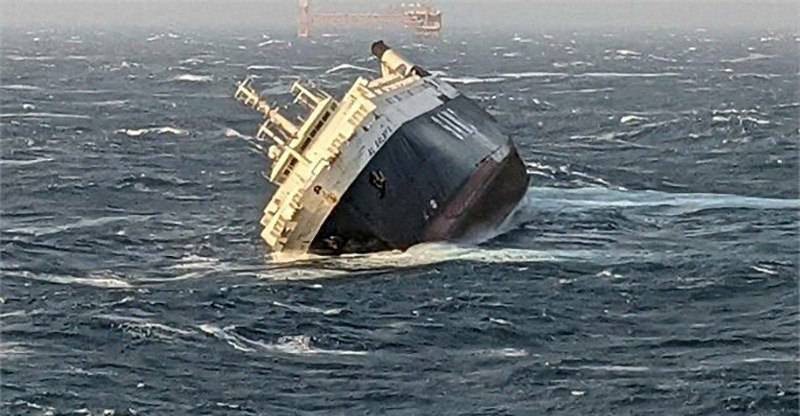 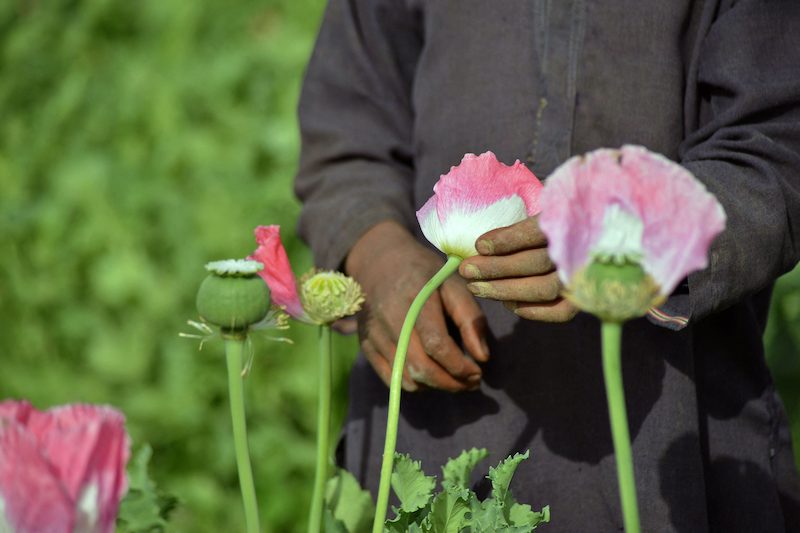 A youth works at a poppy field in the Zhari district of Kandahar on March 14, 2022. LEHTIKUVA / AFP
Previous Next