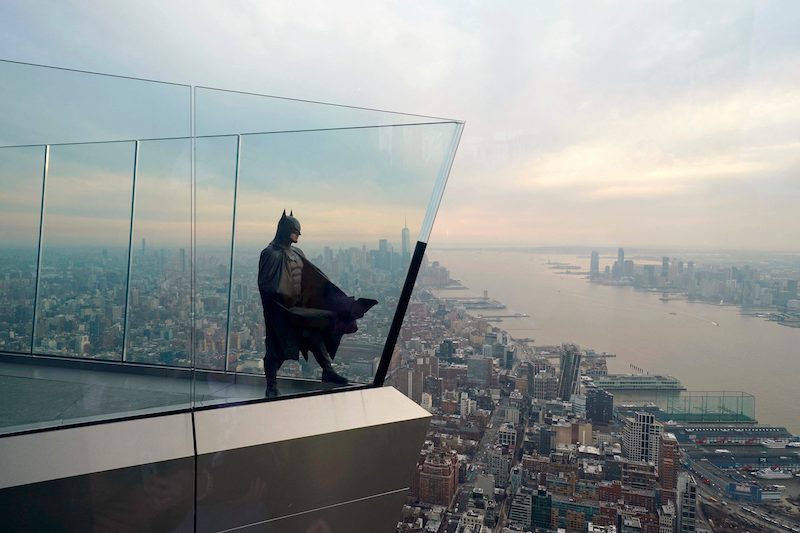 Cosplayer Dom Charland, dressed as Batman, poses for his photographer on the Edge, the highest outdoor sky deck in the Western Hemisphere located Hudson Yards in New York on March 10, 2022. LEHTIKUVA / AFP 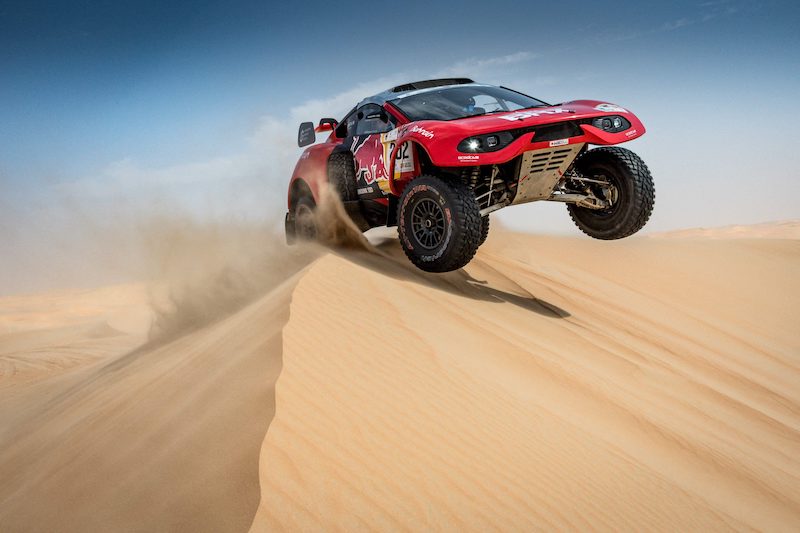 A woman takes part in a rally for gender equality and against violence towards women to mark the International Women's Day, in Paris, on March 8, 2022. LEHTIKUVA / AFP 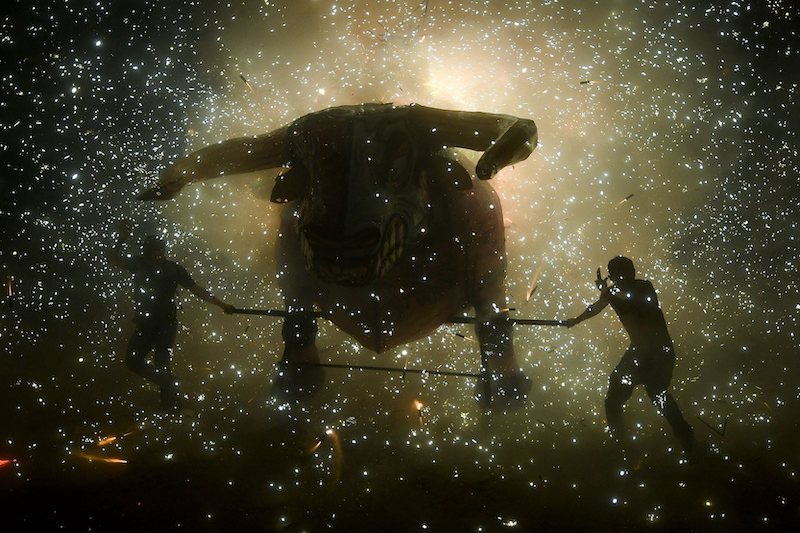 People shelter from fireworks before the traditional "torito" (little bull) made of paper, wood and fireworks during celebrations of San Juan de Dios in Tultepec on the outskirts of Mexico City, March 8, 2022. LEHTIKUVA / AFP 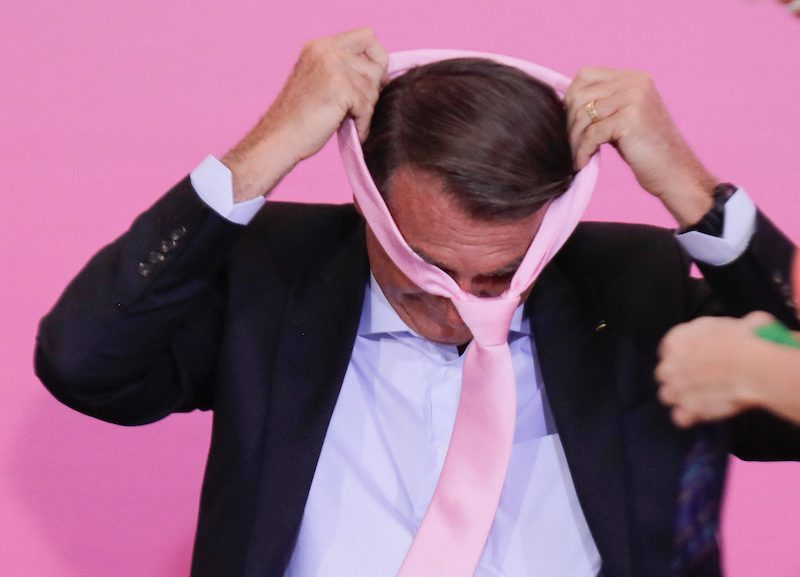 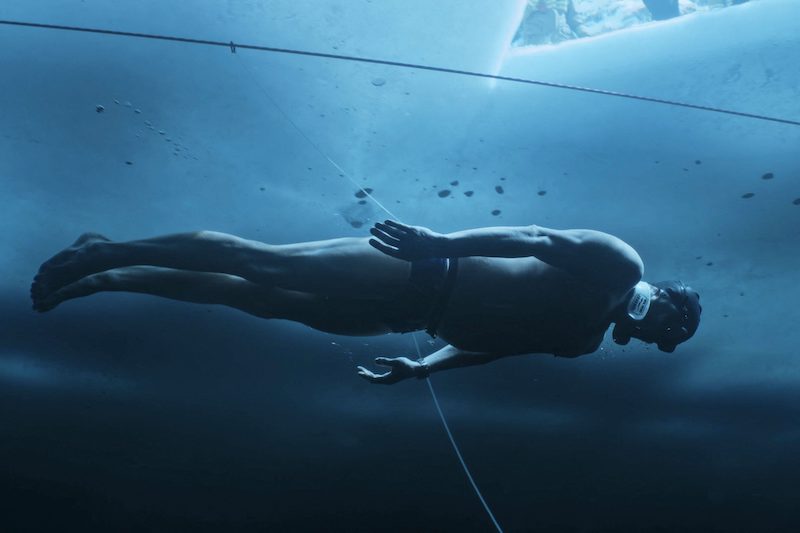 French freediver Arthur Guerin Boeri as he swims underwater in an ice covered lake at Wakefield, Canada on March 8, breaking the world record for swimming under ice in a bathing costume. LEHTIKUVA / AFP 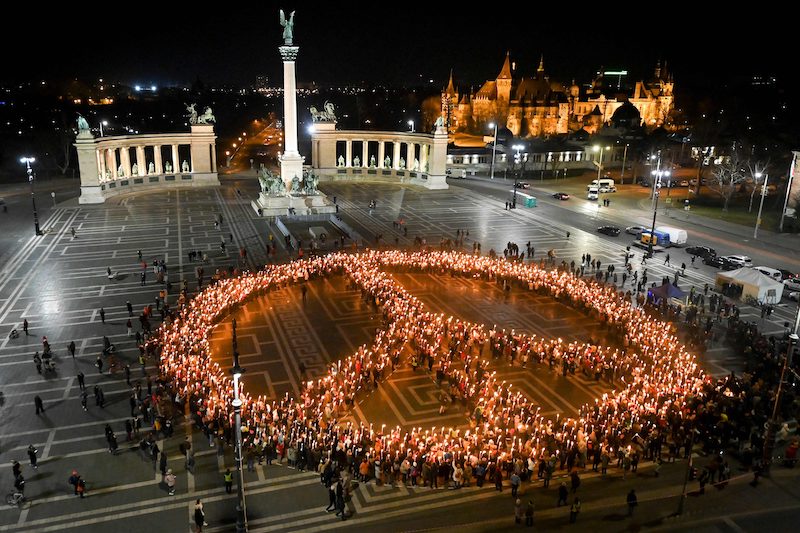 Protestors against the war and Russian invasion of Ukraine form the peace symbol during a demonstration at Heroes' Square in central Budapest, on March 9, 2022. LEHTIKUVA / AFP 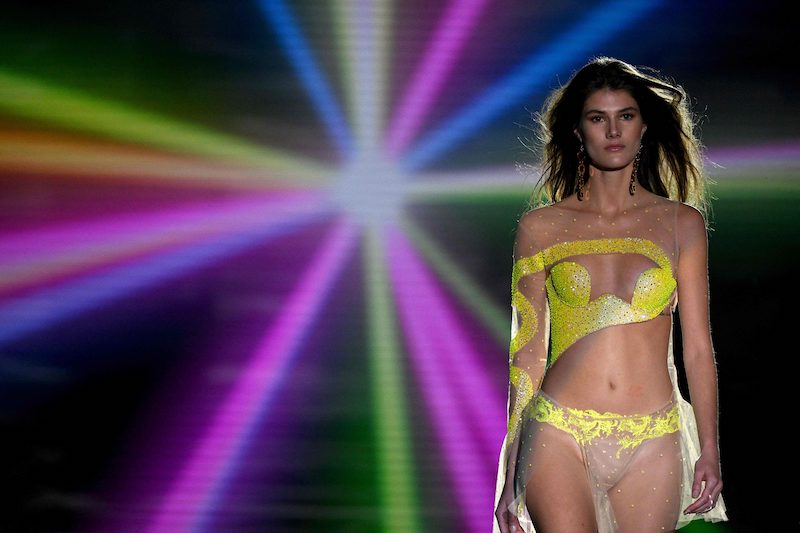 A model presents a creation by Spanish brand Andres Sarda during the 2022-2023 Fall / Winter collection fashion show at the Mercedes Benz Fashion Week in Madrid on March 11, 2022. LEHTIKUVA / AFP 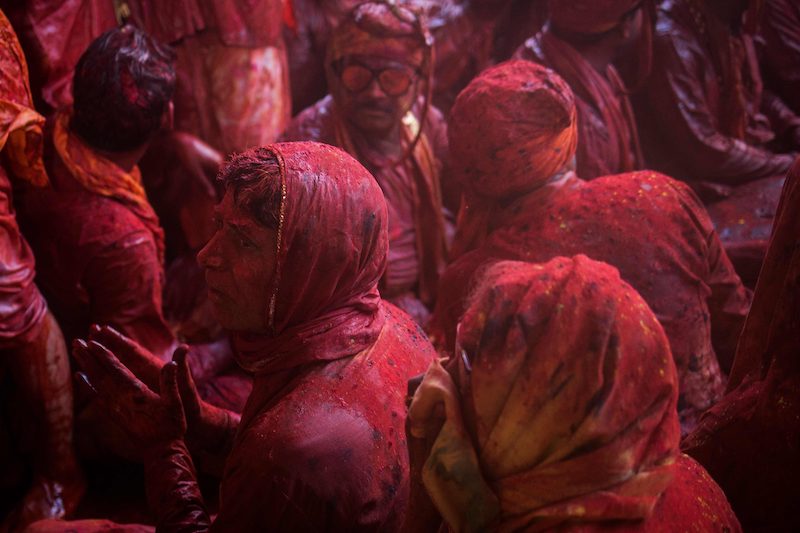 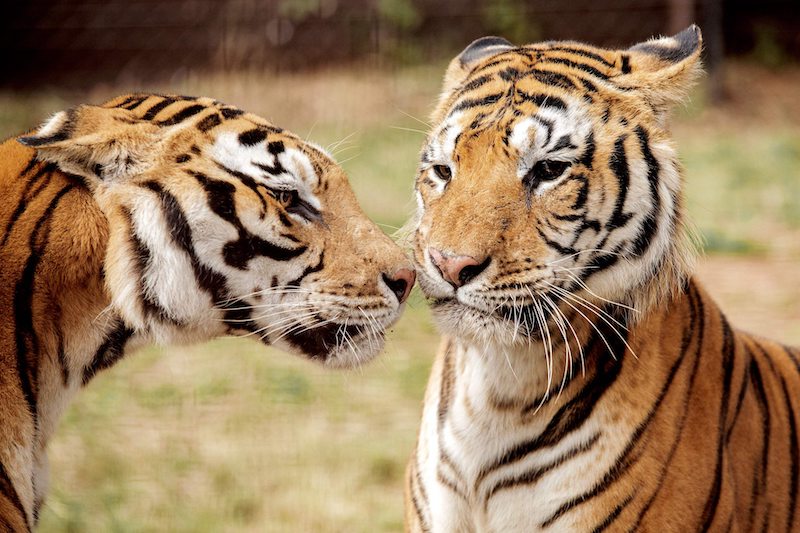 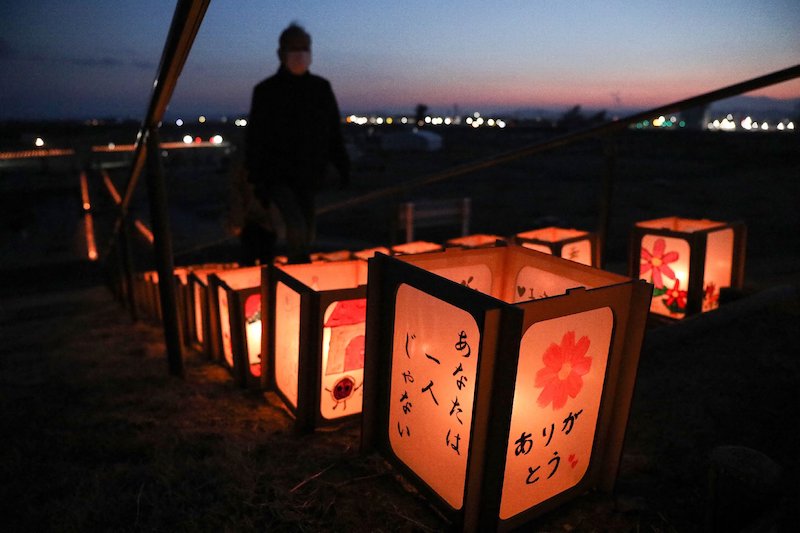 A man walks through the lanterns lit up to commemorate the 2011 Great East Japan earthquake and tsunami in Iwanuma, Miyagi prefecture on March 10, 2022, on the eve of 11th anniversary of the disaster that left more than 18,000 people dead or missing. (Photo by JIJI PRESS / AFP) / - LEHTIKUVA / AFP
Previous Next